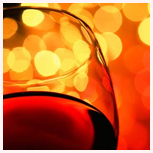 Exports of wine from Bordeaux by value attained a record level for the second year running last year, according to figures from the Conseil Interprofessionnel du Vin de Bordeaux (CIVB) show. Global export sales last year totalled 2.58bn, an increase of 30% on 2010. Shipments to countries outside the EU were up by 39%, compared to a 15% increase for EU states.  “The value of Bordeaux exports is now on a par with Champagne (EUR2.13bn) and Cognac (EUR2.04bn).  In terms of volumes, exports totalled 288m bottles, up 22% on 2010.  “The most dynamic growth in exports was in the Asian market, with China and Hong Kong being the main drivers essentially,” the CIVB said.