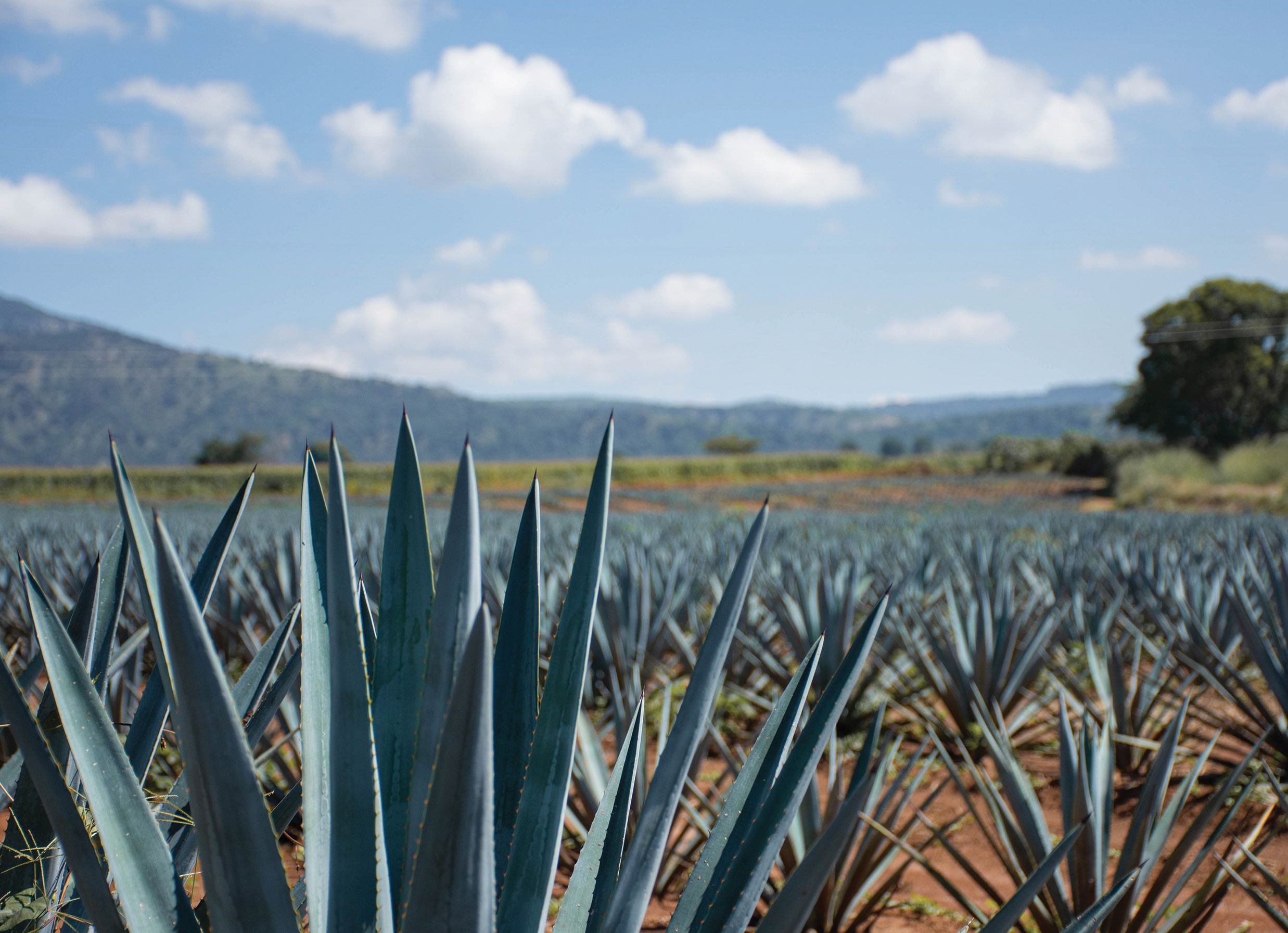 Cascahuin Tequila is among the many boutique agave spirits championed by U.S. bartenders who have pushed the diversity of Mexico’s distillation traditions into the spotlight.

But shortly after the American on-premise sector shut down due to COVID-19, the distillery paused production. By the end of April, sales had decreased 70 percent.

“We’re trying to maintain, not just to survive, as a company, but to also support our employees,” says Salvador Rosales Trejo, a third-generation tequila producer in El Arenal, Jalisco.

Trejo’s pain is echoed across Mexico. Mezcal fever in the U.S. made the American market—specifically bars and restaurants—the most important sales channel for small agave distillers in rural communities. While large brands with wide distribution are benefiting from the uptick in retail sales, smaller tequila and mezcal producers have seen sales plummet. Now they are scrambling to keep workers employed and trying to find new ways to reach consumers.

Eduardo Orendain is a fifth-generation family member working at for Arette Tequila, which had been sending 90 percent of its production to U.S. bars and reataurants. Photograph courtesy of Arette.

Initially, it seemed as though tequila and mezcal sales might fare well in the U.S. during the pandemic. Retail purchasing surged amid stay-at-home mandates; compared to the same period last year, tequila exports were up 17 percent from January to April, according to Ramón Gonzalez Figueroa, the general director of the Tequila Regulatory Council (CRT), in part due to increased consumption at home. But most tequila producers are not benefiting from this retail sales growth. “Without a doubt, those that represent the majority of that volume are the larger companies,” says Gonzalez Figueroa.

“All the small producers are 50 or 60 percent down in sales, no matter who you talk to,” says Eduardo Orendain, a fifth-generation family member and sales manager for Arette Tequila. Arette is hurting: 90 percent of the brand’s volume is exported to the U.S., and the majority of the company’s revenue relies on it being a bartender favorite.

As of early June, mezcal exports are down 60 percent, according to Hipócrates Nolasco, the president of the Mezcal Regulatory Council (CRM).

Some importers’ mezcal sales may look robust, says John Bedell, the spirits portfolio manager for T. Edward Wines, but not across the board. He reports that New York sales of the Alipus espadin expression—the distillery’s entry-level mezcal—are doing better than they were before the pandemic, but higher-priced expressions from the same palenque (distillery) are not. “You can extrapolate that to the rest of the category: higher-end bottlings, more obscure, more remote palenques or vinatas [another word for distilleries] I have seen fall to zero,” he says.

Roman Romaya, the vice president of retail shop Old Town Tequila in San Diego, which offers one of the largest agave selections in the country, says that bottles in the range of $75 to $150—where much of the mezcal category hovers—have taken the biggest hit. “People were also stocking up on the more popular brands, I think, because they were nervous about money,” he says.

“Our U.S. importer told us it was going to be a hard year, and they recommended we don’t launch anything.” – Asis Cortés, Dixeebe Photograph courtesy of Casa Cortés & Dixeebe

Like spirits and wine producers in other regions, many tequila and mezcal businesses also rely on tourism revenue. With travel restrictions in place due to the pandemic, those income sources have dried up.

The combination of dismal tourism and decreased sales could have a ripple effect for local economies, which have grown to depend on both. Eduardo Ángeles, the maestro mezcalero of Mezcal Lalocura in Santa Catarina de Minas, Oaxaca, says that about 120 people directly depend on the local mezcal industry, not including the extended supply chain, such as drivers and agave farmers.

Lalocura typically exports about 20 percent of its production, but much of its revenue relies on tour groups. Ángeles is maintaining some work for his staff of about 20 people through domestic sales, plus pre-sales from international followers—a new practice, dubbed “mezcal futures,” which other brands are replicating.

Ángeles warns that other mezcal-producing families that depend on sales to importers and tourists won’t have the capacity to plant agaves and crops they typically depend on for income or consumption. He and other producers also fear that the pandemic could influence the price of agave, which cycles up and down with shortages and surpluses. After price increases over the past few years, independent producers could be at an even greater disadvantage against larger brands when they attempt to purchase these prime materials.

La Luna exports multiple expressions. Ensamble is a destilado de agave, made from the same agave as La Luna’s mezcal. The agave for Cupreata is roasted for 90 hours underground, then fermented for 120 hours, then double-distilled. Photograph courtesy of La Luna.

Producers understand that it’s essential to pivot toward retail to drive sales right now, but the pandemic’s impact on the U.S. beverage industry as a whole has complicated things. The closures of on-premise accounts have restricted cash flow among importers and distributors, preventing them from ordering high volumes—or any quantity—of tequila and mezcal products to sell to retailers.

Daniel Arellano Martinez, founder of San Bartolo Mezcal, has been living in Brooklyn, since 2007. He had a plan to introduce his own mezcal—the first ever from the San Bartolo Yautepec Valley of Oaxaca—in 2020, starting with NYC bars and restaurants. Though it hardly filled the gap left by the bar shutdown, working with retailers, he helped get 200 bottles delivered by bicycle.

Although several mezcals have been acquired by larger companies, the majority are smaller brands like San Bartolo that arrived recently; in the past eight years, the number of certified mezcal brands exporting went from 68 to 277, according to the CRM.

Category pioneer Del Maguey also relied on business from restaurants and bars, but the company was acquired by Pernod Ricard in 2017, giving the brand a wider network and more resources to weather the pandemic, notes  Lucia Creed, the brand leader for Del Maguey. T. Edward Wines’ Bedell warns that distributors may also be constricting their SKUs, which could limit the pathways to market for new brands. “We will definitely tighten up what we are able to offer,” he says, “and if something hasn’t been proven successful recently, it will be a little while until it’s made available again.”

Like other companies in the beverage industry, agave spirit brands have taken to the virtual world to connect directly to consumers. Media and education organization the Mezcalistas launched Conversations in Agave, a weekly series featuring Zoom talks with stakeholders in the industry.ell-known brands Mezcal Vago and Ilegal have hosted Instagram Live sessions.

Despite the challenges, the shift toward virtual education has presented opportunities for some companies, such as La Luna Mezcal, which produces in Michoacán. Without the advocacy of on-premise bartenders, Salvador Chavez, the company’s CEO and founder, says that his distributors have been more flexible and eager for education.

“I feel like we’re accomplishing more because even on a market visit with a distributor, it never really meant that I was going to talk to the whole team,” he says. “On Zoom, all 30 people from that team are hearing your voice. They’re asking questions, and you’re moving the ball.”

Meanwhile, La Luna is hoping to entice fans and mezcal novices with smaller bottle formats, a trend buyers should expect to see more of. Lalocura’s importer is also making plans to launch smaller bottles this summer. Romaya says small bottle sales increased across all spirit categories; he suspects shoppers are testing the waters of e-commerce and taking advantage of a lower price point to try something new.

As brands have turned to virtual education and social media to reach consumers, one bright spot might be a wider appreciation for a complex spirit like mezcal. Chavez, who hosts daily Instagram Live chats and shared a tour of his palenques in Michoacán on Zoom, says that much of the feedback and questions he’s getting virtually have clearly been from customers new to the spirit.

“The amount of connections that we, and the category as a whole, have been able to make virtually is giving people a deeper understanding of what mezcal is,” he says, “and I think it would’ve taken years to accomplish what we’ve done in this time period.”

But Zoom meetings are still no substitute for face-to-face communication. Family-owned Casa Cortés, which has already built an American following, had hoped to send youngest-generation family member Asis Cortés into the market to export a father-son project of limited bottlings called Dixeebe and several new expressions of Origen Raiz, a Durango-Oaxaca collaboration mezcal, which was also expected to make its debut in Europe.

All of that has since changed. “Our U.S. importer told us it was going to be a hard year, and they recommended we don’t launch anything,” says Cortés.