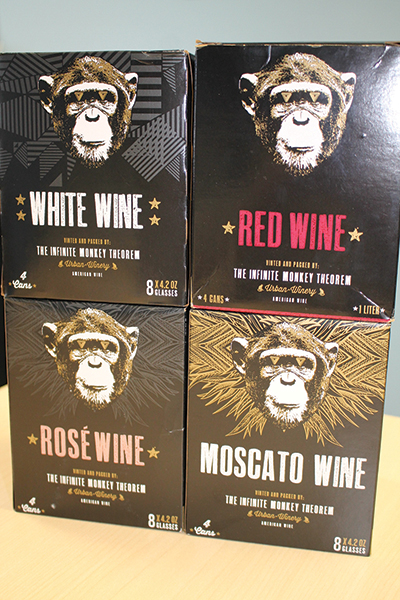 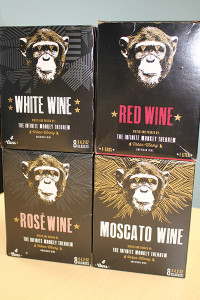 The Infinite Monkey Theorem canned wines portfolio features a white, red, rosé and moscato wine. Each comes in a 4-pack of cans.

Alpha Distributing of Warwick, Rhode Island recently launched The Infinite Monkey Theorem canned wine, which is produced in Denver, Colorado. The grapes are grown at an altitude of 4,500 feet in Colorado, predominantly sourced from the Western Slope region, picked and transported to a 15,000-square-foot urban winery in the River North Art District of Denver. The wines are available in white, red, rosé and moscato. The urban winery was named for The Infinite Monkey Theorem, which states that if a monkey hits keys at random on a keyboard for an “infinite amount of time,” the monkey will type a “given text, such as the complete works of William Shakespeare.”