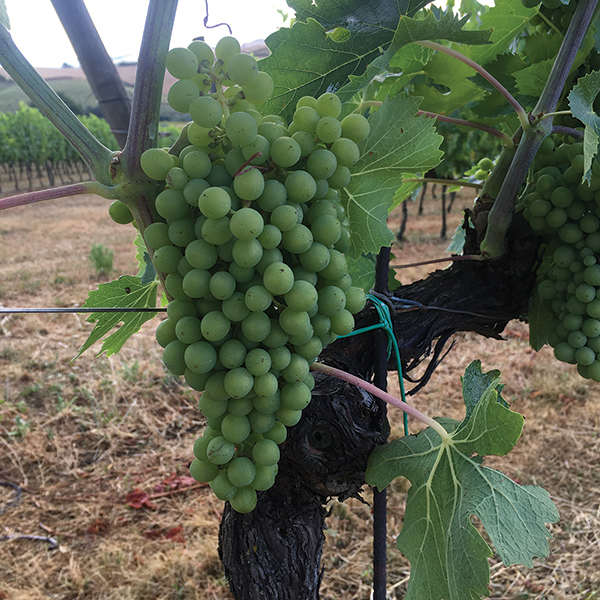 Staff from Angelini Wine traveled to Northern Italy to visit the Angelini Estate and visit suppliers ahead of their September harvests in late June through July. Angelini Estate is located in the village of San Lorenzo in Campo, within the Marche region of Italy. Sarah Wadle, Marketing Consultant for Angelini Wines accompanied Julius Angelini to Italy. After spending time at the Angelini Estate and learning about the upcoming harvest, Wadle and Angelini traveled to Livon’s Villa Chiopris in Friuli where the Pinot Grigio and Sauvignon Blanc are produced. At Livon, the Angelini team met with the Livon family of winemakers to discuss the harvest and tour the cellar. Julius said many of Angelini’s suppliers are family-run, boutique vineyards. After his many trips to the country he said, “It’s never commercial there. They are very true to who they are and where they come from … there’s respect for the food and nature.” The team also visited Carpenè Malvolti in Conegliano who will be celebrating their 150th anniversary in 2018. Speaking about Antonio Carpenè of Carpenè Malvolti, known as the “Father of Prosecco,” Wadle said the tour stop gave a glimpse in to the “visionary” status of his winemaking. Wadle and Angelini also toured the School of Oenology, founded by Carpenè and Giovanni Battista in July of 1876. During their visit, they also toured the Grappa cellar at Carpenè’s headquarters where old grappa bottles dated throughout its history were on display. The knowledge shared from the trip enables the sales team to better understand their brands, Wadle explained. 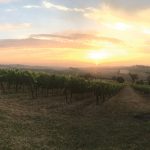 Vineyards at the Angelini Estate in San Lorenzo in Campo. 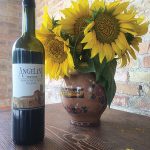 A display of sunflowers, which are grown on the Angelini property, with Angelini Estate Sangiovese DOC Riserva. 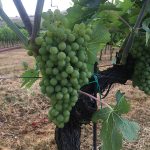 Grapes at the Angelini Estate vineyard. 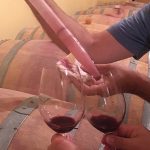 A barrel tasting at the Angelini Estate. 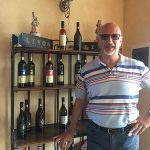 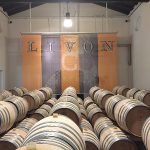 During a cellar tour at Livon. 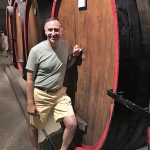 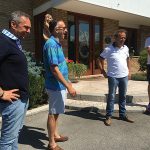 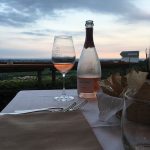