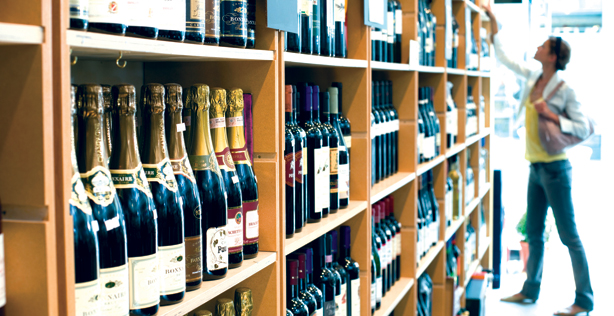 Women love wine – and buy a lot of it. But can marketers zero in on women specifically? 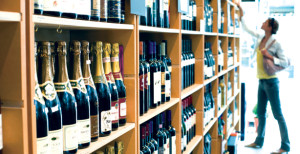 Fortunately, the plight of female oenophiles has improved since the second century A.D., when Roman women faced severe punishment for consuming alcohol. Yet gender associations remain embedded in the world of wine. It’s easy to notice once we start looking for it: Richer, heavier wines are “masculine,” while delicate ones are said to be “feminine.” Formal wine service is ingrained with a gendered code of conduct (all too often, men still get handed the wine list; ladies get their glasses poured first). And the dominant image of a wine collector is still unflinchingly male.

Specific aspects of gender in wine are naturally evolving. Women continue to enter all corners of the industry. And presumptions of wine preference are flexing; to wit, the term “brosé” being used to capture rosé’s current surge of popularity with men—a situation practically unthinkable a decade ago.

The most visible area in which gender rears its head over and again in the wine world is on retail shelves, where there seems to be a disproportionate amount of marketing mojo being steered toward women-oriented branding and promotion.

Or is it disproportionate? While the score–happy, claret–cellaring, middle–aged male may still represent the prototype of wine’s most important consumer, women have emerged as the major force driving the market. It is currently estimated that women account for 55% of American wine drinkers and are directly responsible for over 80% percent of the wine purchases in the United States each year (volume). Given the huge slice of the market-share women represent, it’s only natural that marketers can’t seem to resist trying to answer that perennial question: “What do women want?”

To an extent, the market has attempted to answer the question itself, via a proliferation of female-targeting labels like Skinnygirl, Seven Daughters, Middle Sister and Mommy’s Time Out, just to name a few. With names and/or imagery hitched to gender stereotypes, these brands have nevertheless  earned spot on shelves across the country.

To what, then, can we attribute their success?

Lucrative as it might be, there’s one fundamental problem with trying to enter the mind of the “average female consumer.” Fundamentally, she’s a fiction. Much research shows that, if she does exist, she’s really not so different from her male counterpart.

In a 2012 study published in the International Wine Business Journal, for instance, Dr. Liz Thach determined that “there is much in common between California men and women in terms of wine-drinking occasions, motivations to drink and preferred wine style” and that “gender-neutral wine promotions will most likely be more successful in reaching a larger demographic and thus the market-share.” An earlier 2010 study, presented at the fifth International Academy of Wine Business Research Conference in Auckland, New Zealand, similarly concluded that “gender is not a particularly useful variable with which to segment the global wine market.”

Digging a little deeper, however, the research does reveal some distinctions in the purchasing behavior of men and women, which brands have incorporated into their strategies. According to Thach’s study, “men mentioned more practical motivations for wine consumption.” Women, on the other hand, “seemed to focus more on hedonistic and social reasons to drink wine.” Another important distinction involves cost: “Women were more likely to purchase less expensive wines ($2.00-$9.99),” whereas men are almost twice as likely to purchase bottles priced above the $25 mark.

Together, these findings predicate a basic formula: price tags below $10 that present a lifestyle-centric angle seem to stand a better chance with the specific type of shopper these labels are courting, who mostly just wants to unwind. “The data shows that emotion-based marketing works, and brands have honed in on that,” explains Leslie Sbrocco, author of “Wine for Women: A Guide to Buying, Pairing and Sharing Wine.” “A lot of women want to come home, have a glass of wine, and relax after a busy day. It’s a lifestyle choice, and let’s face it: Many people still buy wine based on the label.”

The pressing question for the wine market is not why to target women, but rather how. “Women overwhelmingly lead consumer purchasing in the world, which is also reflected in the U.S. wine segment,” notes Monika Elling, CEO, Foundations Marketing Group. “In order to be successful in selling to them, it is important to keep their culture, habits and sensibilities in mind.” Tapping those sensibilities remains an imprecise science, to be sure, and it would be misguided to assume that they can be reduced to generalities. The category of gender-specific labels wouldn’t persist if women weren’t buying these wines. And yet, a number of self-professed female-appeal wines have petered out, notably Butterfly Kiss, Girl Go Lightly and “Be.”

In an effort to determine why this might be the case, marketers have been posing all kinds of targeted questions: Are women drawn to a label more by name, or by graphics? Is color important? But at what point does “appealing” to women cross the line into “pandering”? Wine Market Council reports that 17% of female consumers feel “turned off” by gender-specific labels. Mary Ewing Mulligan, President of International Wine Center in NYC, and the first American woman to become a Master of Wine, adds: “Wine marketing to women needs to strike a balance so that it engages its target audience while not enraging other segments of the female wine-drinking population by overdependence on stereotypes.”

Sensing that women’s attitudes might be changing in favor of subtler cues about gender, certain brands have started to rethink their strategies. “One of the things we found out from the consumer research was that there is a group of women who don’t want you to overtly play to them,” explains Ed Barden, Director of Marketing for Excelsior Wines, whose Little Black Dress is among the lifestyle category’s most enduring national brands.

Little Black Dress (aka LBD) recently updated its packaging to reflect a “less gendered” look, designed to appeal to “a larger range of women,” according to a recent press release. “Before, we had a clothes-hanger on the label and a pair of red shoes, but now we’ve created a very simple and premium-looking package,” Barden says. “The biggest win comes with something that’s a little more centrist and subtle. Women don’t want to bring a stereotype to the dinner table.”

“Today’s modern woman wears many different hats daily. Marketers should take the time to identify sub-segments rather than lumping all women into one homogenous group,” notes Deborah Brenner, Founder and President of the Women of the Vine Alliance. “One message does not fit all any longer.”

Clarice Turner, Senior VP at Food Americas, who is overseeing the budding wine program at Starbucks, offers: “My personal feeling is that marketing is most effective aimed first at lifestyle characteristics. Certainly gender can be a factor, but for the investment, lifestyle and occasions tend to be drivers of purchase/visits [beyond price and quality], and over time create relevancy that can drive loyalty.”

Other examples of wine marketing (and packaging) taking a subtler approach include Polka Dot, Domino, Belle Ambience and Chloe. While the logic behind these wines and Little Black Dress going less “femme” seems sound for a mass audience, it may come as a surprise to see the apparent success of brands built around the controversial “B” word.

Witness the lineup of wines accessible with the click of a mouse on BeverageMedia.com’s price-listings database for Metro NY: Bitch, Jealous Bitch, Royal Bitch, Sweet Bitch…. And there’s even Happy Bitch (distributed in Upstate NY, New Jersey and Arizona). Founders Debbie Gioquindo and Keryl Pesce took the wine’s name from the title of a self-help book authored by Pesce. If the book bills itself as “the girlfriend’s guide to…finding the fun, fabulous you inside,”  then Happy Bitch the wine—like fellow Bitch-named bottlings—aims right for a quick hook. “I think the branding toward women is great when you do it the right way,” Gioquindo says. “You want to make it fun. You want to make it enjoyable.”

Whether or not women actually find fun or enjoyment in these efforts is best taken on a case by case basis. To be sure, the success of such labels can be surprising. For example, we have seen an outlier such as Blanc de Bleu, the decidedly untraditional blue bubbly, make a substantial impact in the bridal market. And Popcorn Cellars Chardonnay has tapped into the seemingly ultra-narrow niche of people (mostly women, according to the brand) who like to hang out at home with Netflix, wine and popcorn.

If the growing ranks of female wine drinkers represent a coveted audience, then the sub-demographic of millennial-aged women would be considered a holy grail. Millennials currently drink over 50% of the wine purchased in the U.S., Wine Market Council reports, and the majority of these purchases are being made by women. In 2015, females accounted for 66% of “high frequency” (once or more a week) wine drinkers under the age of 30.

But while the buying clout of younger LDA is not in doubt, the sheer dynamics of the market—in which SKUs continue to explode—and the experimental nature of this demographic make it that much tougher to pinpoint what works and why. There is inevitably a lot of divergence among younger women wine drinkers’ demographics; it’s never just about gender.

For Samantha Dugan, General Manager of The Wine Country, a popular wine shop in Southern California, there seems to be a rather clear segmentation within the demographic of Millennial women: “The younger female wine drinkers we’ve been seeing lately generally fall into two categories,” Dugan clarifies. “There are the ones who have seen more wine being consumed on television via The Real Housewives and such, who perceive some kind of built-in glamour to drinking wine. Then there are the ones that have been bitten early, who are curious to try new varieties, new regions, and to explore more food and wine pairings.”

Dugan’s “two types” analysis represents her strategic approach, derived from front-line experience, which is always the most reliable source of customer knowledge. The larger picture is that broad national statistics are of limited use to retail wine merchants; a merchant’s particular female customer base is the demographic pool that matters most, which is bound to be more diverse than any market research could possibly account for.

Perhaps the best advice for wine sellers everywhere is pretty self-evident: Pay close(r) attention to your store’s female clientele. Some may enjoy learning, as Samantha Dugan recounts, that certain wines were made by women winemakers, whereas others will be more interested in discovering a new region or varietal. If a few will be happy enough to grab a limited-edition bottle of Ecco Domani by fashion designer Zac Posen and run, others will be eager to geek out about a hipster-approved Cabernet Franc from the Loire. Of course, the vast majority will be looking for no more or less than a bottle of red for tonight’s pasta.

In the end, there are as many different types of female wine drinkers as there are wine drinkers. But as women’s excitement about wine—to say nothing of their spending power—continues to grow, one thing is certain: the future of wine sales will likely continue to command the attention of wine marketers and sellers.