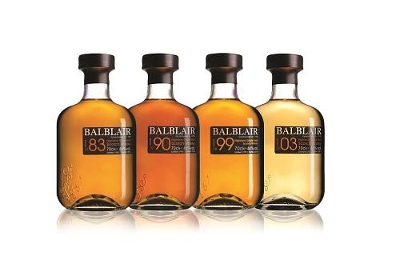 Highland Single Malt Scotch Whisky distillery, Balblair, is releasing of four new vintage expressions in the U.S. market in January 2015. The newly released whiskies include the Balblair 2003, 1999, 1990 and 1983 vintages, which were each distilled on the idyllic coast of the Dornoch Firth. This is the first time that Balblair, which was recently awarded Highland Distillery of the Year by the New York International Spirits Competition, has ever launched a four product vintage range simultaneously in the U.S.