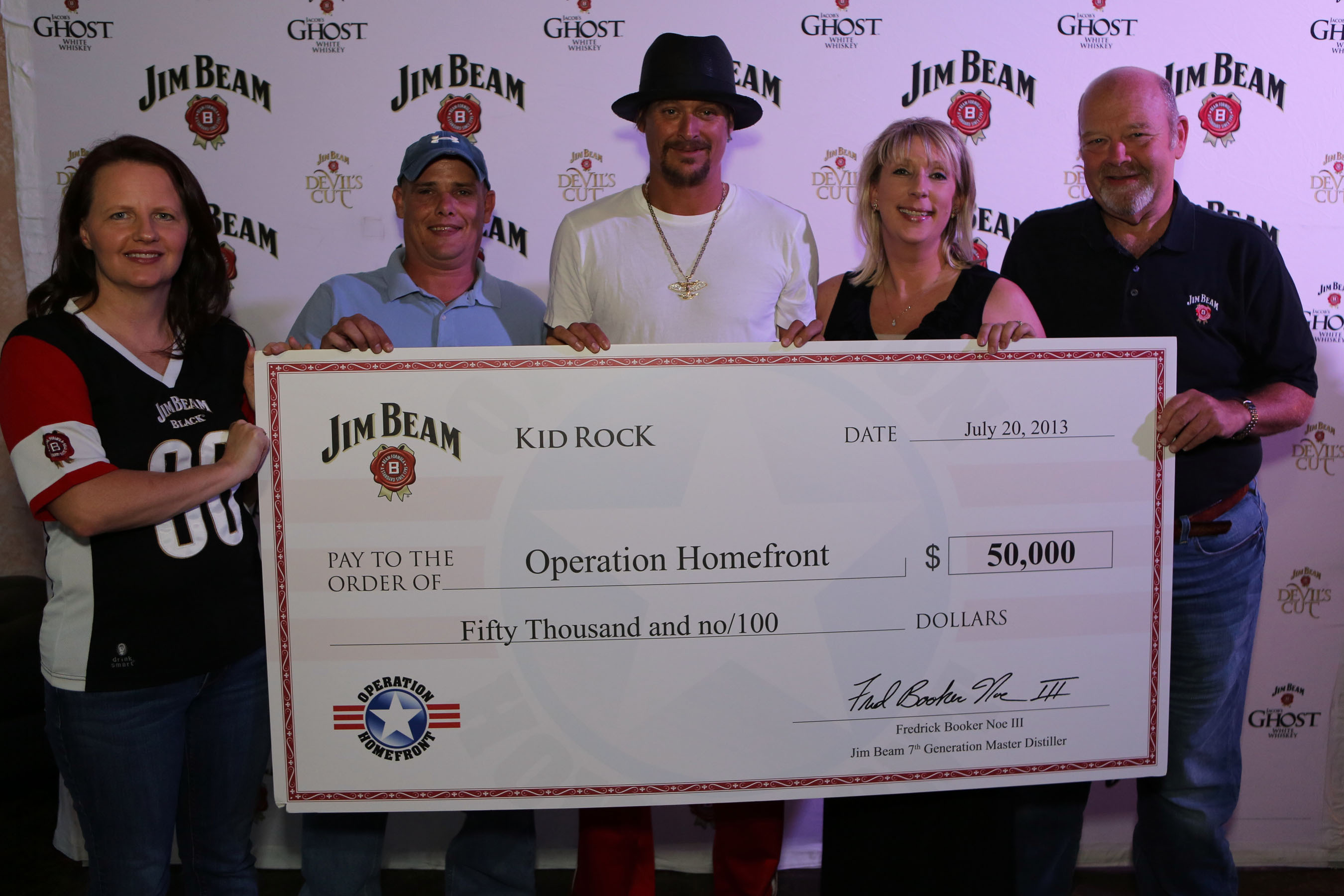 Beam Inc. teamed up with music superstars Kid Rock and Montgomery Gentry this summer to recognize and support military service members and their families with a $100,000 donation to Operation Homefront in two separate check presentations at concerts in Dallas and Indianapolis. Beam and its flagship bourbon brand, Jim Beam®, have worked closely with Operation Homefront since 2008, donating more than $2.5 million through a variety of charitable programming efforts. 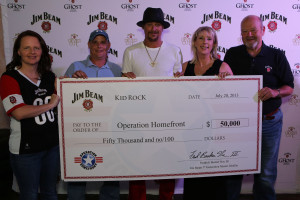 Kid Rock was in Dallas last month to present a $50,000 check on behalf of Beam Inc. to Operation Homefront, a non-profit organization that provides emergency financial and other assistance to the families of our service members and wounded warriors. Kid Rock was joined by Operation Homefront COO Amy Palmer, guests of honor, Army Sgt. Ralph Harroff and his wife, Lorie Harroff, and Frederick “Fred” Booker Noe III, seventh generation Beam master distiller. Ralph was injured while serving in Afghanistan, and has received assistance from Operation Homefront since returning home. His family was the recent recipient of a new home under the Homes on the Homefront program. (PRNewsFoto/Beam Inc.) 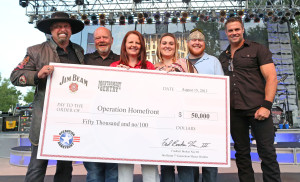