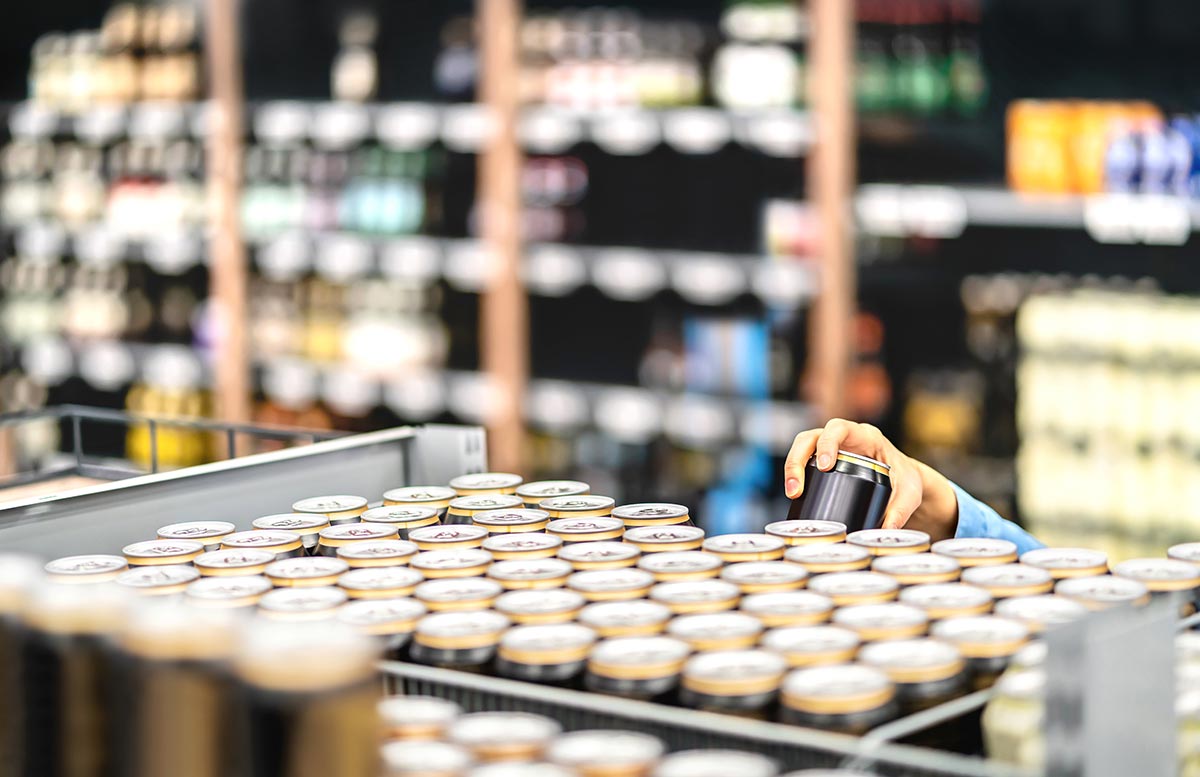 My interest in beer runs far beyond the beverage. All aspects of the business interest me and packaging is high on the list. Years ago, I launched a trade magazine covering the label printing and packaging industry; I still find the topic fascinating. Beverage labels are just a part of packaging, which has diversified into exotic inks and materials, secret printing processes, laser this, digital that, even containers that carry nano particles for deep security.

Competition is fierce. Packaging converters, as they are called, are disinclined to share details about their work, to put it mildly. As a journalist, I considered myself fortunate to be invited into manufacturing plants to take notes, though quite often I was told to put my pen away.

At one factory, I was led through a room with three giant presses rolling at high speed. Each was pounding out print runs of cardboard destined to become 12-pack can cases, each for a well-known beer brand, each a direct competitor. “Put your pen away,” said the owner.

On our honeymoon, my bride and I sat in a dim, ancient pub in Scotland enjoying a pint with lunch. Through the door comes a gent of a certain age who made his way slowly across the room and hefted a clay jug onto the bar. The waiting publican filled the vessel by thirds from each of the three ale taps. In silence, our old gent lifted it from the wood and moved, slowly, out through the door into the sun.

Some say glass beer containers have been around for four centuries. That may be so, but the first two were the long infancy, which ended abruptly with the advent of affordable, mass-produced commercial glass in the mid-1800s. The migration of beer consumption in bars to the home or other venues increased. No doubt women felt far more comfortable enjoying a beer under their own roofs than under the judging eye of the public.

A hundred years ago, Asa Candler noticed that folks would stop at their corner store and purchase a few single bottles of Coca-Cola to take home. Candler had a brilliant mind – he was the founder of Coca-Cola, so that’s pretty much a given – and he put it to use and invented a container to hold a half-dozen bottles of his beverage for consumption elsewhere. Behold the six-pack, patented in 1924. Six Cokes at a time took a while to catch on, but the company spent big on advertising and encouraged consumers to save the cardboard packs and refill them at the store. They bought it.

The first beer brand to show up on a store shelf in a six-pack is the subject of debate – surprise. Contenders for the distinction include Ballantine, enormous at the time, and Jax, of Jacksonville, Florida, not enormous. Popular belief holds that Pabst conducted some “research” in the 1940s and determined that six bottles of beer was the ideal amount that a housewife could carry home comfortably. They assumed that the beer was for her husband, Joe Sixpack, but one never knows.

Beer in steel cans came along in 1935, but quickly reverted to bottles with the advent of World War II. Afterward, six-packs in cans appeared, and steel gave way to aluminum. The person who did the shopping could now carry more, it would seem.

Some brewers, by the way, had to learn a big lesson about six-pack design. Because brown glass filters out most UV light, which ruins beer, open sixes were OK. Beer in green glass, such as Heineken, and others in clear glass found that they had to wrap their products completely to keep out the light. Maintaining brand image costs more, in some cases.

Twelve-packs showed up in the 1960s and grew in the ’70s. Cardboard was fine for the six-pack, but corrugated board was needed for a dozen glass bottles. Cans are different. Cardboard construction and box design now allow producers to fit 30 cans into one flimsy case. Brilliant. Builds bodies, too.