Legal View: Issues of Re-defining “Cost” for Wine and Spirits 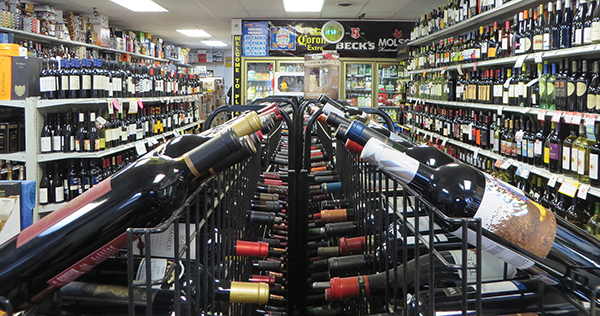 By Peter A. Berdon, ESQ

Six years ago, Governor Malloy rolled out the proposal “Modernizing Connecticut’s Laws” – Bill 5012. One of the major objectives of the proposal was to eliminate the definition of “cost” and the prohibition of package stores selling below “cost” – often referred to as “minimum bottle” from Connecticut liquor law. When the legislature failed to fully adopt this proposal, chain-owned Total Wine & More commenced the legal challenge to overturn this same law. Though the proposal and Total’s challenge have failed to date, it appears that the governor will again attempt to eliminate the “cost” prohibition from Connecticut pricing, or at least revise its definition.

The key elements of the governor’s former proposal included:

›           Increasing the number of permits under common ownership from two to nine stores;

Many of these elements were adopted in one form or another with the major exception being the prohibition of selling below “cost,” which is defined as the price at which a wholesaler offers to sell a bottle of wine or spirits.

The historical reason for this restriction was to prohibit predatory pricing. The provision allows for the easy regulation of retail pricing by the state’s regulators, law enforcement officials and competitors. When initially enacted, many package stores would purchase products in less than full-case quantities. At that time, the unit cost, when purchased by the case, was close to the posted bottle price. As the market developed, the discrepancy between these prices grew, as did the “discount” to package stores that purchased in full-case lots, especially during “post off” months.

The governor, seizing upon this seemingly “built in profit” for package stores, argued that Connecticut consumers were over-paying for wine and spirits. The industry countered that it was the cost of doing business in Connecticut, especially the higher excise taxes, that caused Connecticut’s slightly higher prices for some products. In 2012, the legislature established a task force to study the issue.  Its findings were inconclusive.

It is true that Connecticut has more than twice the number of package stores on a per capita basis than Massachusetts. While one might conclude that the cost to consumers could be reduced by forcing the consolidation of these businesses, no macro-level studies exist that support that conclusion. Since the vast amount of wine and spirits sold in Connecticut (approximately 70-80%) reach consumers through a relatively small number of stores (less than 200) any added costs of the additional stores is inconsequential.

One also might be tempted to conclude that small and large package stores are on equal footing as to their ability to acquire wine and spirits at the same price. While true for many products, especially major national brands, there is a burgeoning “private label” market where these pricing laws do not apply. As small and independent stores simply do not have access to these “private label” products, which are often similar, if not identical, in quality to national brands.

Moreover, for their part, Connecticut package stores argue that it is important to support their businesses because their revenues and profits are more likely to remain in the Connecticut economy when compared to large national retailers.

The purpose of this article is not to advocate for the maintenance of or the elimination of the “cost” provision of Connecticut law, but to provide the history and context needed to assess the merits of the arguments of the stake holders in this important debate. As the legislature likely considers this issue, it will need to contemplate the larger question of consolidation at the retail level, and how it may ultimately affect Connecticut businesses and consumers.

Attorney Berdon, a partner with Berdon, Young & Margolis, PC, has represented wholesalers, manufacturers, package stores, restaurants and bars before the State of Connecticut DCP and the Federal TTB as well as in litigation matters in court since being admitted to practice in 1991. He can be reached at peter.berdon@bymlaw.com or www.bymlaw.com.