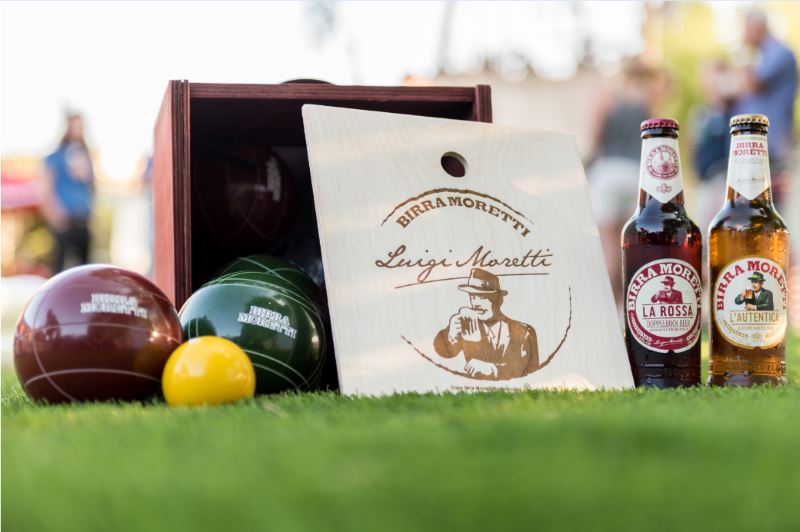 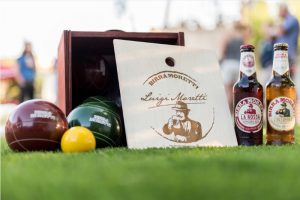 Italian import Birra Moretti is once again teaming up with the sport of bocce to encourage LDA+ consumers to come together and enjoy these two great Italian classics with friends, family and fellow patrons at their favorite local bar, at home or at other outdoor social gatherings. “We are building on the successful launch of our 2017 Bocce program in a big way,” said Amberly Hilinski, Senior Brand Manager for Birra Moretti, Five Points Trading Company. “Through increased event and Bocce league sponsorships, consumer sampling and enhanced retail and on-premise support (where legal), our 2018 activation will amplify excitement and participation at Bocce tournaments and special events, as well as at participating retail and on-premise accounts throughout the country.”  To activate ‘Veni, Vidi, Bocce’, Birra Moretti ‘The Official Unofficial Beer of Bocce’ is sponsoring an expanded list of events and local tournaments this summer, as well as at on-premise (where legal) with custom scoreboards, tote ball kits, custom table tops, coasters, and key chains, and at retail, with POS materials along with bocce kit displays among other marketing elements.