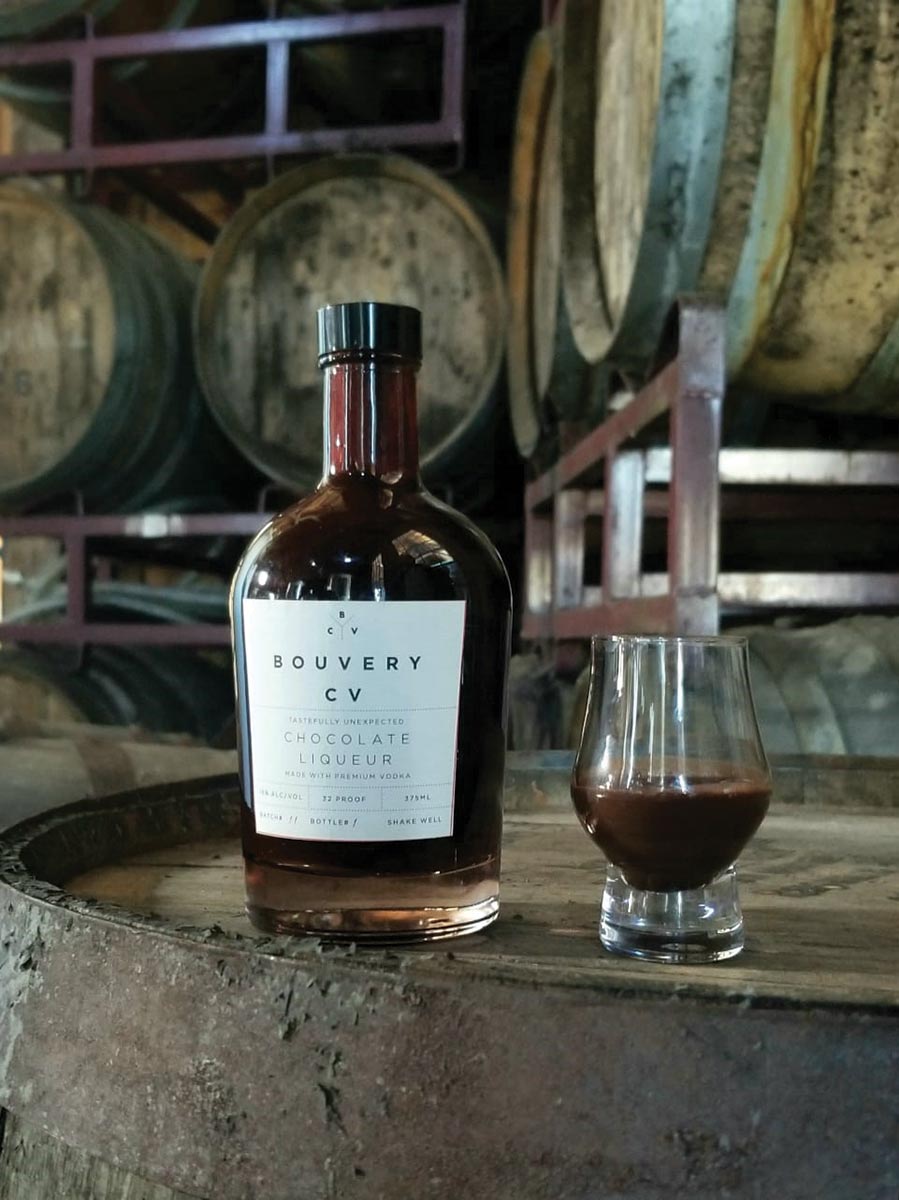 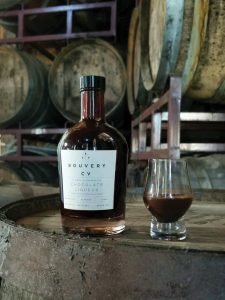 Connecticut-made Bouvery CV Chocolate Liqueur celebrated its inclusion in The Tasting Panel magazine’s “Anthony Dias Blue Reviews” with a 96-point rating, giving it “Classic” status. Bouvery CV Chocolate Liqueur uses a locally produced Connecticut corn vodka, blended with fair trade organic cocoa and natural flavors to create a rich dark chocolate taste in an artisanal liqueur offering. Creator Danny Bouvery’s interest in blending fine chocolate and vodka led him to experiment with a “secret recipe,” which then became the impetus to bottle and market his handiwork that launched in late 2017. Bouvery CV Chocolate Liqueur is produced at Westford Hill Distillers in Ashford, Connecticut, then hand-bottled and labeled for distribution. New for 2021 is a branded bottle design, which Bouvery said would continue to help define the brand. Other than keeping the signature color tint, the new bottle has introduced a more tapered curvy design and added the logo on the base. In addition, the front and back label has been tapered to add visual appeal. The brand is distributed in Connecticut via Murphy Distributors and is available at Westford Hill Distillers during its tasting season tours, hosted for visitors May to December.