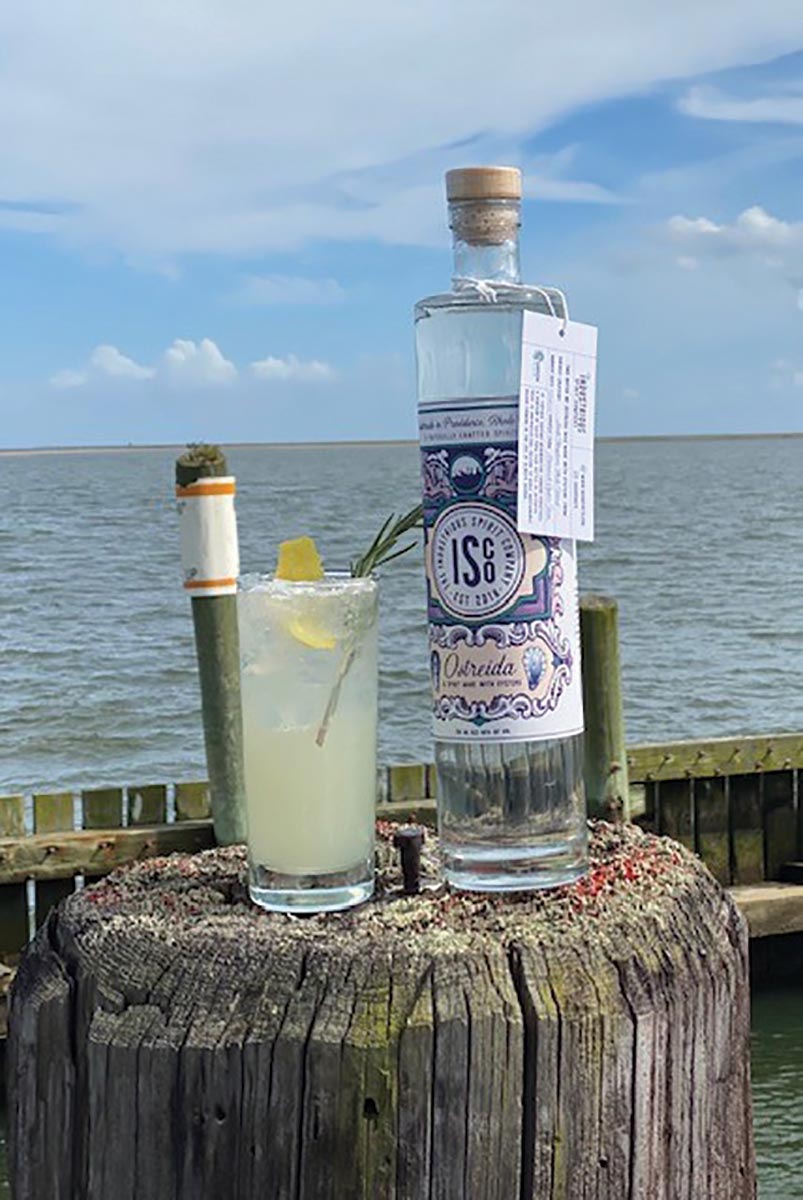 Brescome Barton celebrated the Connecticut launch of Providence, Rhode Island-based The Industrious Spirit Company (ISCO) Ostreida, the first ever oyster vodka made in the United States. Two events in June showcased the vodka in tastes and cocktails. To create Ostreida, ISCO performs a distillation using their 100% organic corn neutral spirit and “just-hauled-from-the-sea oysters,” which release their “liquor” into the pot of the still as they steam. As the vapors continue to pass up and through, the spirit picks up hints of minerality and complex oyster aromas. The resulting distillate rests so the flavors can meld, with the team gingerly bringing the proof down to 80. Ostreida Oyster Vodka captures the spirit of the ocean with notes of salty sea coast and savory minerality with a subtle hint of “bivalve bouquet on the nose mixed sublimely with the spirits’ signature creamy texture.” ISCO Founder and CEO Manya Rubinstein said, “Access to incredible, sustainably grown, super-fresh oysters are one of the best perks of living in the Ocean State. The Industrious Spirit Company prides itself on making every product from scratch, giving us the latitude to be creative and try new things.” ISCO produces sustainably sourced vodkas, gins and bourbons at Providence’s first distillery since Prohibition, including its ISCO Structural Vodka, which is made from regionally grown organic non-GMO corn, also available via Brescome Barton. 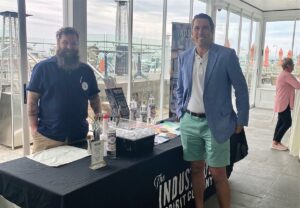 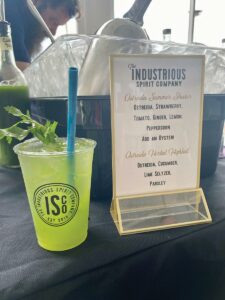 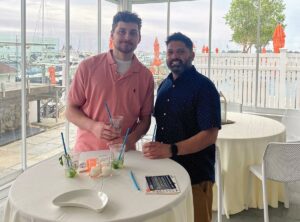 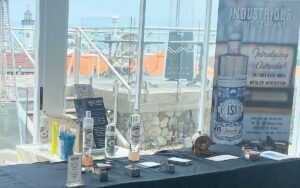 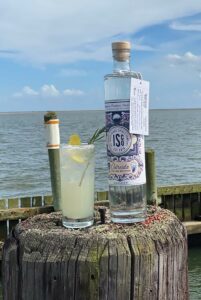 The Oyster of My Eye cocktail and a bottle of ISCO Ostreida set at New Haven’s Shell & Bones Oyster Bar and Grill during a launch party on June 20. 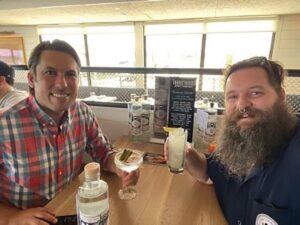 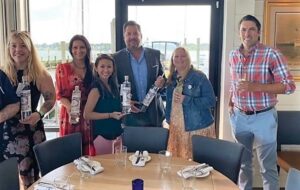