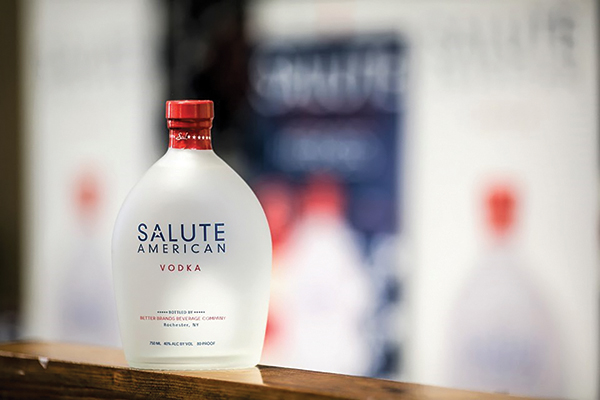 The 80-proof vodka is USA Certified™, made with corn and wheat grains grown in the heartland, distilled four times for a thicker pour and smooth, clean, odorless taste. The vodka is bottled and distilled in Rochester, N.Y. and owned by Handcrafted Brands of Branford. The wholesaler launch was followed by two additional state events, a luncheon honoring local veterans at Sliders Bar & Grill in Wallingford and a public celebration at Anna Liffey’s Irish Pub & Grill in New Haven. The first dollar of every bottle sold goes directly to organizations that assist veterans in their transition from military to civilian life. The company said its “partnership with Brescome Barton, Inc. will bring Salute American Vodka from more than 90 locations already sold, to nearly every retailer across the state.” 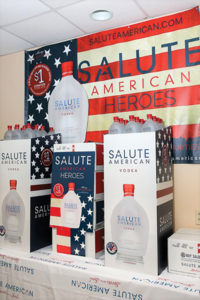 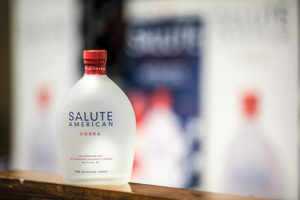 Salute American Vodka is made with corn and wheat grains, distilled four times for a smooth, clean taste and USA Certified™. 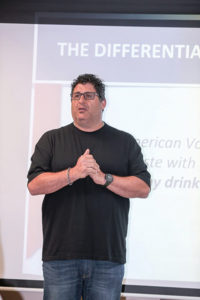 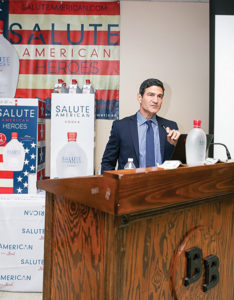 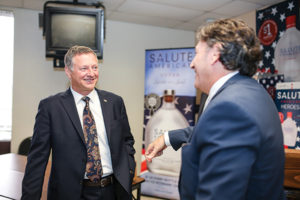 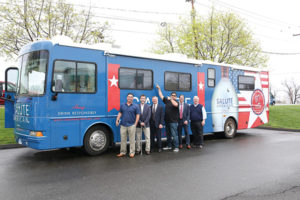 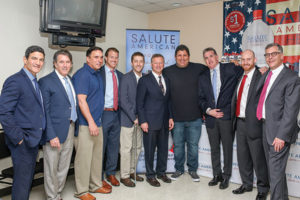