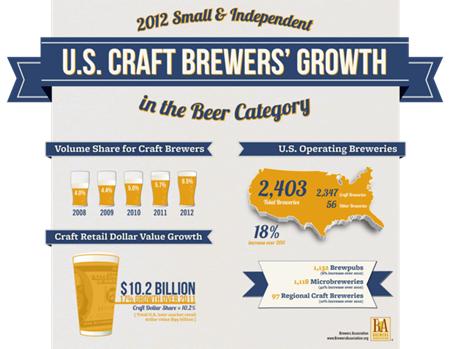 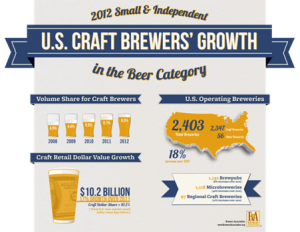 “Beer is a $99 billion industry to which craft brewers are making a significant contribution, with retail sales share hitting double digits for the first time in 2012,” said Paul Gatza, director, Brewers Association. “Small and independent brewers are consistently innovating and producing high quality, flavor-forward craft brewed beer. Americans are not only responding to greater access to these products, but also to the stories and people behind them.”

Footnotes and news release can be viewed here.