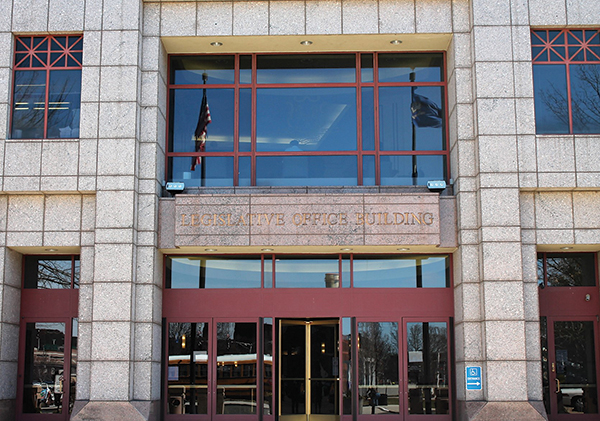 One of Gov. Dannel P. Malloy’s bills to change Connecticut’s liquor laws ended up with no support in the legislature’s General Law Committee on March 7, officially killing the bill.

However, when Gov. Malloy presented his budget plan on February 20, it included a measure also aimed at eliminating the current minimum bottle pricing law as one of many means to address the state’s $1.7 billion deficit via Senate Bill 787, “An Act Concerning Revenue Items to Implement the Governor’s Budget,” Section 21. 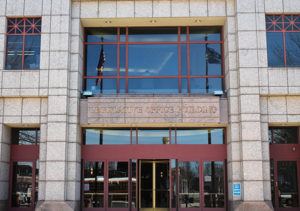 The Legislative Office Building in Hartford.

The Finance, Revenue and Bonding Committee heard testimony on SB 787 during its public hearing on March 9. A full day of testimony from a variety of stakeholders across the many potential impacted sectors filled the roster and the room, with a focus far beyond the bottle price law.

Carroll J. Hughes, Executive Director of the Connecticut Package Stores Association (CPSA), testified before the committee, opposing SB 787 Section 21. Hughes, in his written testimony, stated  that if minimum bottle were to be eliminated, CPSA estimates a loss of over 600 stores, 3,500 retail jobs and a loss of municipal tax totaling about $10 million, and losses to secondary services would exceed $15 million.

The impact, CPSA said, also would trickle through related industry sectors. “Almost all local package stores sell Connecticut-made products,” said Hughes in a written testimony from the record. “There are local breweries and distilleries that would experience catastrophic losses, since package stores are their primary outlet for goods.”

Hughes said the CPSA surveyed its members asking “if they have plans to expand or renovate” their retail locations, which could inject a “potential expenditure [of] almost $50 million in craftsmanship and other associated costs of renovation or expansion” into the state’s economy. Responses back from the survey, said Hughes, indicate that more than 100 retail business owners are “not confident to make those expenditures under the pall of these bills every year that are so detrimental to their small businesses.”

Larry Cafero, Executive Director of the Wine and Spirit Wholesalers of Connecticut (WSWC), testified on behalf of liquor wholesalers represented by the trade group. “This puts most of Connecticut’s 1,150-plus family-owned package stores at a devastating competitive disadvantage to big box liquor stores who have large storage capacity and plenty of capital to buy many months’ worth of inventory.” He also explained since Prohibition, each state in the union “has some form of price regulation on their alcoholic beverages.”

Cafero, when asked, also reviewed in more detail with the legislators the post-Prohibition three-tier system and the roles  of suppliers, wholesalers and merchants in setting prices. When asked about the larger economic impacts if Section 21 passes, Cafero said, “You’re talking about a whole lot of people out of work.”

Hughes explained in a call that even if 787 “goes through, it doesn’t necessarily mean that minimum bottle is in the bill … as it’s only one item … and they might remove it.”

Bill text and testimony can be found on www.cga.ct.gov.