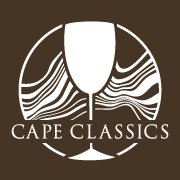 Cape Classics has been named the exclusive United States importer for Domaine Philippe Colin. In April, about 15 wines from the 2014 vintage will be distributed by Cape Classics partners, across the U.S. “Burgundy is home to some of the world’s greatest wines, and we knew that if Cape Classics was ever to be taken seriously in France as we are in South Africa, it would be critical for us to ultimately work with the best that Burgundy offers,” said Andre Shearer, Chairman and CEO, Cape Classics. Cape Classics represents about 29 wineries throughout South Africa and France.