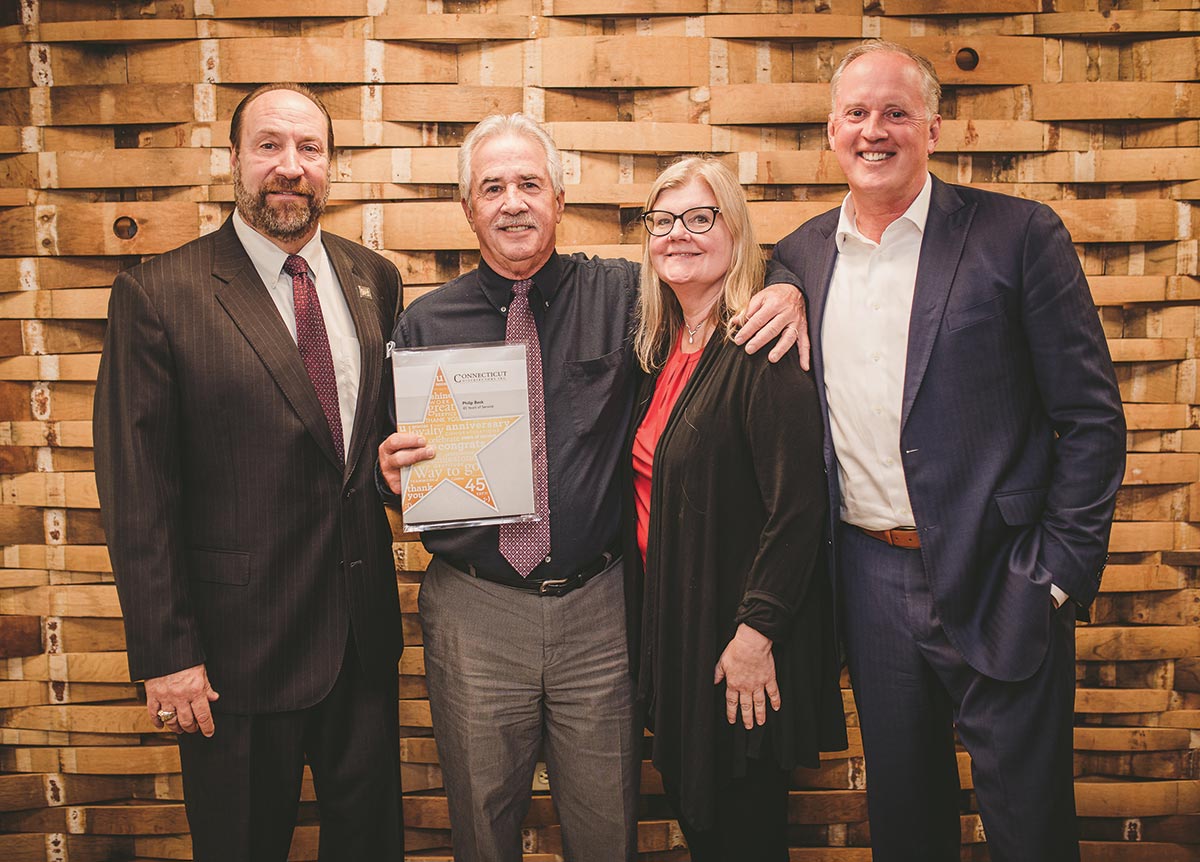 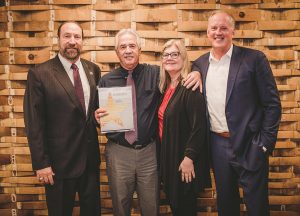 The team at Connecticut Distributors, Inc. (CDI), gathered to celebrate Sales Representative Phil Beck, who has been with the Stratford-based company for 45 years. “It was quite an honor for me to present Phil Beck with this Service Award,” said John Parke, President. “Phil started with the company in 1979 and he personifies everything that is great about CDI: commitment, teamwork, passion, resilience and professionalism. He is respected and counted on by his customers and his peers. But what stands out most to me is his positive attitude and his sense of humor. Phil makes a difference out there every day, and he makes CDI a better company.”