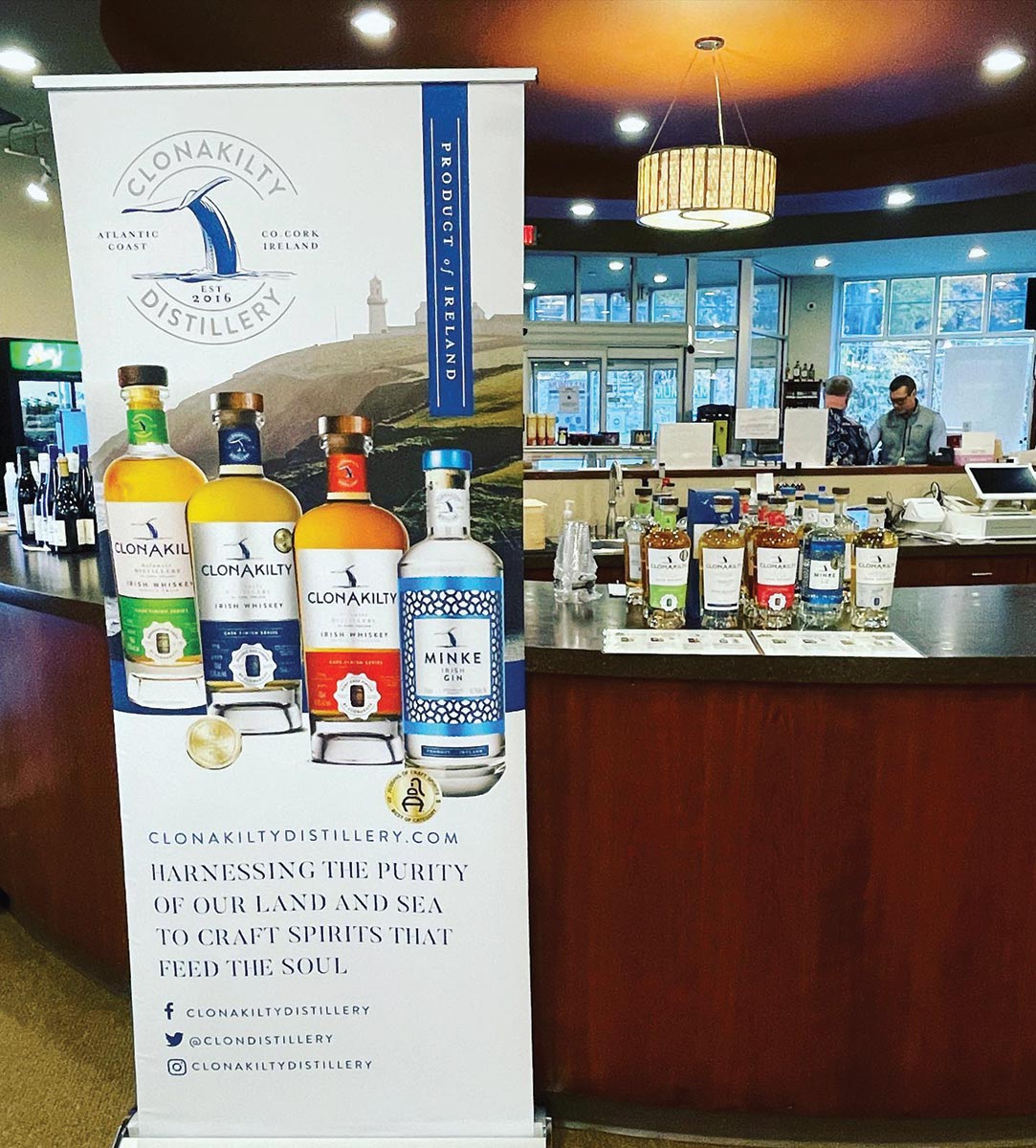 Irish whiskey brand Clonakilty was showcased throughout the state in a series of November tastings. Located in the heart of Clonakilty, Ireland, the distillery opened in 2018 by the Scully family, who have farmed the land along the Atlantic shores for nine generations. Clonakilty Distillery is a maritime distillery and visitor destination, perched on a cliff overlooking the Atlantic Ocean, where its blending, aging, bottling and hand-labeling of award-winning whiskies and gin are overseen by Master Distiller Paul Corbett. The brand supports the Whale and Dolphin Conservation nonprofit registered in England and Wales and is Origin Green certified. State Manager Douglas Meany made the rounds at accounts to offer tastes for shop visitors, including those at Worldwide Wines & Spirits in Southington, Maximum Beverage in Farmington, Cheshire Wine & Spirits in Cheshire, M&M Discount Wines & Liquors in Berlin and Bridge Package Store in Groton among them. 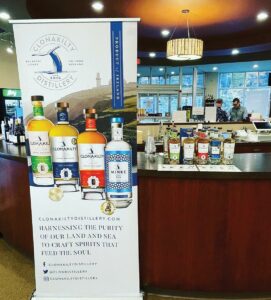 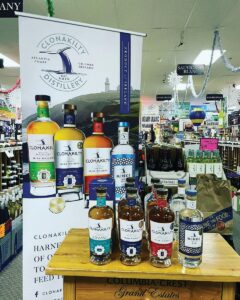 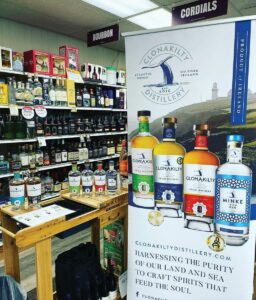 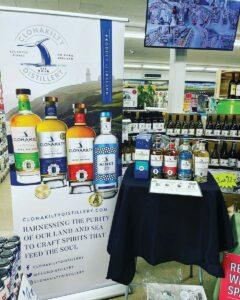