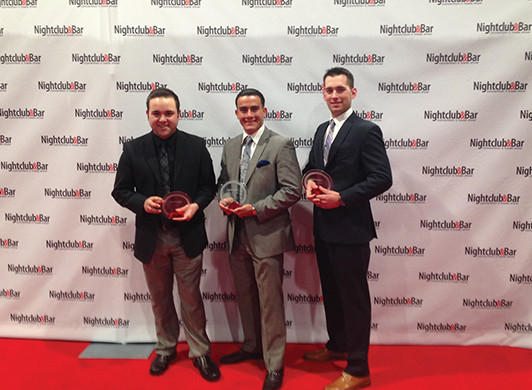 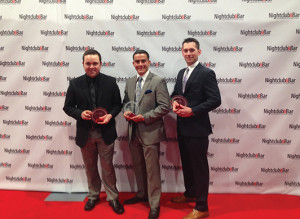 Three students from the Johnson & Wales, Michael Taberski, Nicholas Zamora and Peter Waite, were selected for Nightclub & Bar’s Student Fellows program. This honor enabled them to attend the 2015 Nightclub & Bar Convention and Trade Show in Las Vegas, Nevada with three nights lodging and a stipend to defray the costs of travel and expenses. The selected Student Fellows are featured on Nightclub.com and were celebrated during an awards ceremony during the convention, held from March 30 – April 1. “Three of our applicants stood out from this year’s excellent group. We are grateful to Nightclub & Bar for offering to increase the number of fellowships from two to three, allowing us to reward all three of these exceptional candidates,” said Brian J. Warrener, Associate Professor at Johnson & Wales University.For eligibility, students had to be 21 years of age at the beginning of the Convention and Trade Show in order to attend the event. Each applicant had to have a junior or senior standing with an average GPA of 3.0 or higher within the Johnson & Wales School of Hospitality.