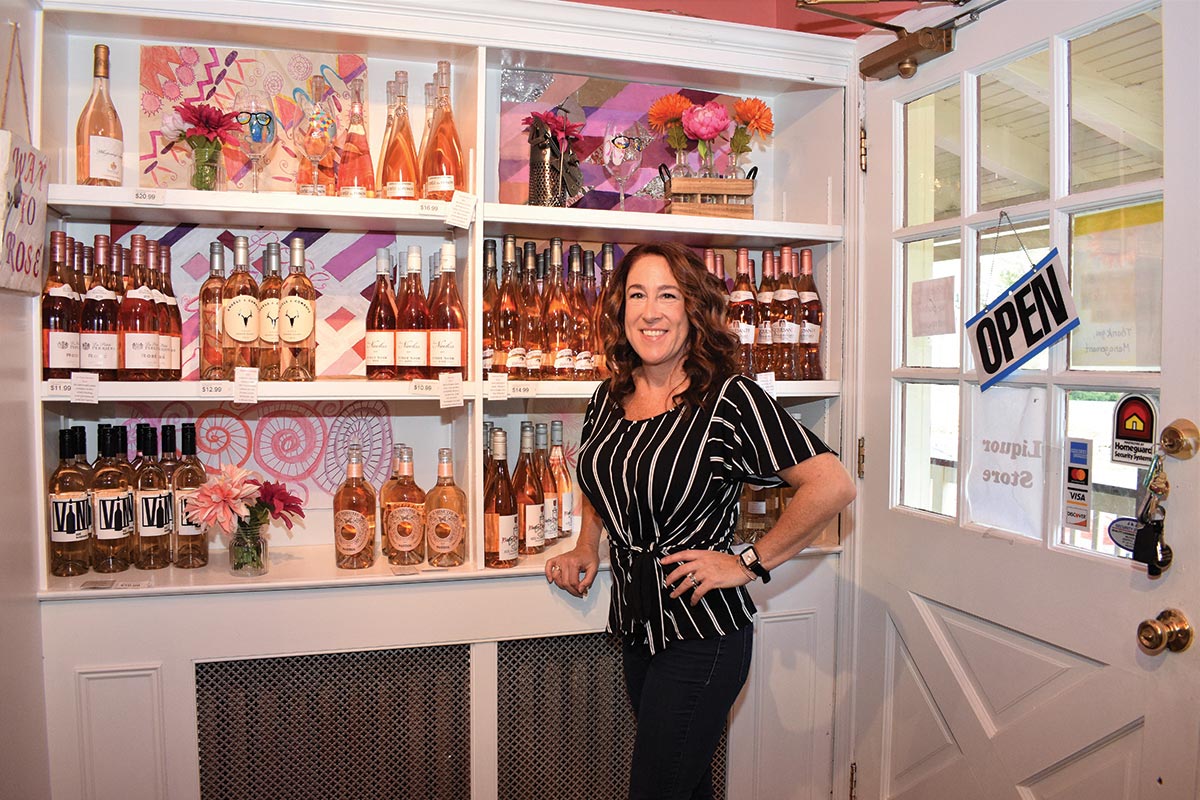 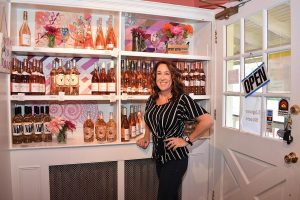 Marcie Dengler worked for 25 years in child care, but when she decided to open her shop in Westport two years ago, she said she truly found her niche. “I decided that I wanted to own my own business. I just wasn’t sure what direction that was,” Dengler said. “My husband and I started talking about it, and we were like, ‘Well, we love wine, so why don’t [we] think about doing something like that?’”

After looking at a few available storefronts in the area, the couple found the space on Newtown Turnpike, opening Country Liquors in October 2018, a location that had served as a package store for 50 years.

Dengler began to build the store’s inventory based on customer requests while holding regular in-store tastings to introduce new products. “I was really excited to take it over and build something from the bottom up, make it mine and revitalize it for the neighborhood,” Dengler said.

Westport residents, along with shoppers from neighboring towns Wilton and Weston, make up the majority of the shop’s clientele, but with its close proximity to the Merritt Parkway, some out-of-towners find their way to the shop as well.

Country Liquors is most known for its varied wine selection. Showcasing wines from smaller, boutique wineries and producers that aren’t as familiar to the average shopper has become the store’s niche, Dengler said, alongside popular brand “staples” from more well-known suppliers.

The store also houses a broad selection of spirits and beer. Shopper product popularity varies by the season, which over the summer included tequila, seltzers and canned cocktails such as vodka sodas. Dengler said that rosé wasn’t as strong as it was last year, potentially due to customers heading to fewer gatherings, beaches, pools and parties. In cooler months, Dengler sees a shift to red wines, such as Bordeaux and Cabernets, along with Chardonnay and vodka being a constant top seller in all seasons.

While Dengler said she has promoted the store through Instagram and other avenues, it’s word of mouth between happy customers that has helped her to build up its clientele the most. “We’ve grown so much … and [sales] have exploded to where there’s [items] I can’t even keep on the shelves anymore because people know the product, they love it and they keep coming in for it,” she said.

And while restrictions brought on by the coronavirus pandemic have made in-store tastings off-limits for now, Dengler continues to do what she can to make customers comfortable, cleaning the store between each shopper and offering curbside pickup.

Dengler keeps the shop decorated seasonally and displays her own artwork. She also paints wine glasses, which she includes with a selection of themed and seasonal wine and liquor gift baskets, kept ready for gift-givers.

Mixing a love of wine, commerce and art is a winning formula for Country Liquors. “It’s my niche; it keeps me busy … where I can love the wine and love the product but I can still find that artistic side and put it out there for everyone to see,” Dengler said.

“I’ve built a really good rapport with this community and I really love it,” she said. “I’ve learned more in two years than I have in my entire life.” 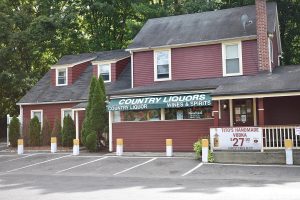 The exterior of Country Liquors. 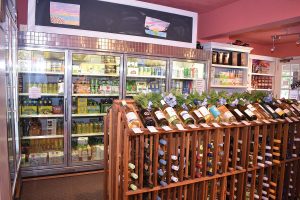 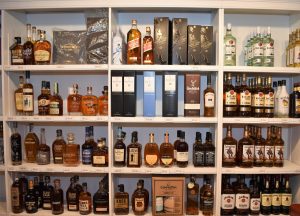 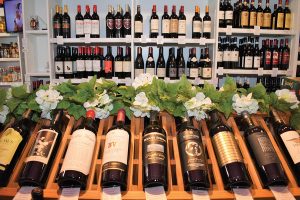 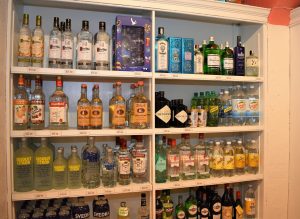