The Competitive Alcohol Liquor Pricing Task Force is well underway. It is apparent from some early meetings that advocates for “modernization” have a target which appears to be the retail sector. Early indications are that single or minimum bottle pricing, quantity discounts and suggested retail pricing will be their first priority. Early discussions seem to ignore that 80% of the products begin in the chain of pricing at a few multi-national manufacturers (suppliers). 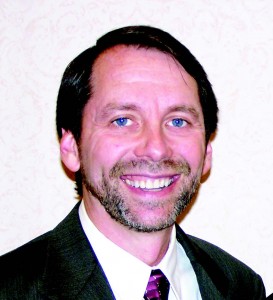 Those not represented on the task force will have made presentations to the entire task force. New issues with convenience stores, gas stations, farm wineries, and food stores may be added for consideration by the task force.

The presentations, although not a public hearing, can be classified as an attempt to ask the task force what they would like to see done for their benefit. Although the public is not testifying, the Department of Consumer Protection is laying claim that they speak for the public and all the interests that come with that.

It is apparent the retailers, legislators and others on the task force want to know more about the entire process of product manufacturing (supplying) and distribution. Some on the committee seem to believe that ours is the only industry that has manufacturers controlling the product with suggested retail prices or strategies for overall product competition.

Many of the manufacturers and wholesalers with small market share, along with start-ups in the state, are concerned with the overall strategy of foreign conglomerate manufacturers (suppliers) positioning for market control and eliminating competition. CPSA will be working to ensure that their customers, who are their priority, have the best selection of available product and continue to get the most competitive prices, and that the changes suggested by some on the task force do not disadvantage their customers in any way.

The reality is that the real action will occur in front of the General Assembly beginning in January, regardless of what is recommended by the task force. It is expected that almost all issues will in some way be suggested as legislation. CPSA will keep their members and interested parties informed as to what positions it will take on the issues.

The Sunday sales issue has not been settled and probably will not be beyond the end of the year. Clearly any business person knows that it takes a full year of expense to know what occurs in your fiscal year just as the state does with its budget. The only thing adequately clear is the package store retail sector is the only part of the three tier system which is expending tens of thousands of dollars each month for the experiment. Food stores and manufacturers (suppliers) have had to make zero investment in the experiment. We will report our findings to the next General Assembly.