CRA Column: A Session of Successes for the CRA 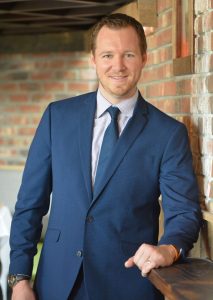 The 2018 Connecticut General Assembly’s regular session ended on Wednesday, May 9, 2018, with the passage of a bipartisan state budget adjustment bill. Over 40 proposals were tracked this year for the Connecticut Restaurant Association (CRA), several of which were of major concern to the hospitality industry in our state. The CRA was very active throughout the session, engaging in testimonies, press conferences and creating a media campaign to push the value of the restaurant industry as the “Industry of Opportunity.”

Below is a quick wrap-up of the bills that would have had a significant impact on the restaurant industry in Connecticut and specific details on how the CRA helped defeat them during the 2018 session.

During the last few days of session, a new amended bill was created to push the minimum wage to $11.10 per hour in 2019 and $12.10 per hour in 2020. The two-dollar increase over two years would have affected tipped wages as well, but it was not brought to either the House or Senate floor for a vote. Even though an increase was defeated in 2018, we know this is a recurring issue at the legislature and we can expect it back again in 2019.

This bill would have required employers to provide employees with at least 24 hours’ notice of their shifts. While this proposal did not make it out of its Committee of origin, it was revived as an amendment on another bill and voted on in the Senate, which was defeated 17-19.

There were competing House and Senate bills to address pay equity issues during the 2018 legislative session. The House bill was negotiated to a point where the business community was able to take a neutral position. The bill generally prohibits employers from asking, or directing a third party to ask, about a prospective employee’s wage and salary history. Its effective date is January 1, 2019.

This bill would have created a Family and Medical Leave Insurance (FMLI) program to provide wage replacement benefits to certain employees taking leave under the state’s Family and Medical Leave Act (FMLA) or the family violence leave law, as amended by the bill. It would have provided them with up to 12 weeks of FMLI benefits over a 12-month period in an amount equal to 100% of the employee’s weekly earnings, up to a maximum of $1,000 per week. The cost to the state to implement this legislation would have been in the millions. The bill was referred to the Finance Committee where it failed on a 25-26 vote.

In 2016, legislation passed that would allow consumers to ask for and receive cash back on a gift card with a balance of $3 or less. This proposal would have increased that threshold to $5. The CRA, along with other consumer-based associations, opposed this measure. It passed out of the Banks Committee and was never called for a vote in the House or Senate.

This bill would have prohibited employers, including the state and its political subdivisions, from requiring their employees to attend an employer-sponsored meeting with the employer if the meeting’s primary purpose is to communicate the employer’s opinion about political or religious matters. The Connecticut Attorney General weighed in on this proposal, which the CRA was opposed to, concluding it would be preempted by federal law. The bill was not voted on in the House or Senate.

The CRA had a successful legislative session for 2018, but we do expect a lot of these bills back again next year. Also, we have already began to prepare and plan for the upcoming November election, in which we hope to influence the Governor’s race, as well as key Senate and House districts. Interested in receiving CRA Legislative Updates on a regular basis? Email me directly at dolch@ctrestaurant.org.