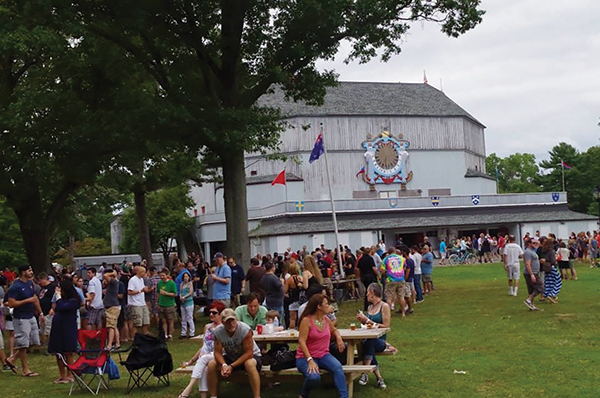 Stratford’s ShakesBeer Festival presented the Town of Stratford with a check for $20,000 on December 30, 2014. The second annual festival was held on the grounds of the historical Shakespeare Theatre with an eye on raising enough funds for reconstruction of the iconic building. Steven Bilodeau, co-organizer of the summer craft beer festival and manager at Wines Unlimited, seeks to raise necessary funds for reopening the 1,500-seat facility through the craft beer festival, which featured craft beer makers from across Connecticut. Raising money for the theatre, which held its last production in 1989 and was an artistic hub for such actors as Audrey Hepburn, Christopher Walken and James Earl Jones, is a goal for Bilodeau. A town committee is currently looking at proposals. The third annual ShakesBeer Festival will be held in August 2015. 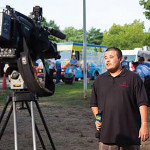 Steven Bilodeau used social media to help promote the cause from the festival grounds. He said the historical landmark could “again be [a] profitable venture” and a focal point for both the people of Stratford and members of stage and screen. 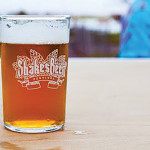 A festival pint glass with logo, designed by Serg Chernata. 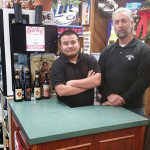 Steven Bilodeau with Pete Rodrigues, manager of Captain’s Keg also in Stratford. The two worked together to make ShakesBeer a community success. 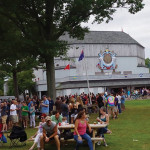 Over 1,000 people attended the summer craft beer festival. The Shakespeare Theatre is in the backrgound.