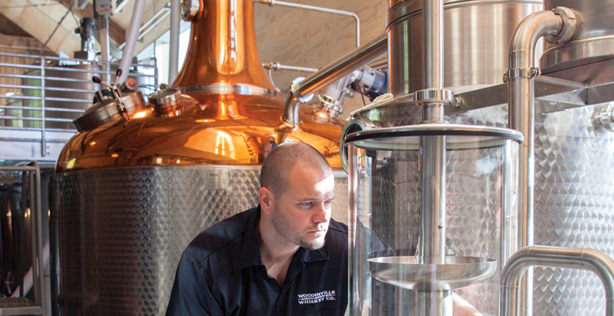 Think there are too many labels out there? We’ve only just begun…

Overcrowded shelves, you say? The proliferation of new distilleries and brands may seem already to have created an bulging-at-the-seams market, but there are plenty of signs that the expansion has only just begun. As more states see the value in changing laws to ease the way for these small spirits businesses to open and, crucially, to sell wares directly to visitors, industry watchers can only expect newer to follow the new. 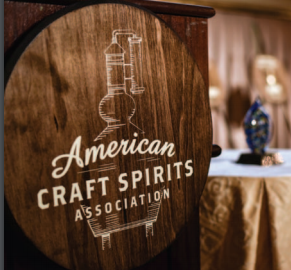 Currently it’s difficult to pinpoint its size, but according to the recently launched Craft Spirits Data Project [CSDP, led by the American Craft Spirits Association (ASCA), International Wine and Spirits Research, and Park Street], craft spirits represent about 3.8 million of the nearly 211 million cases of spirits sold annually in the U.S., with the average craft distiller selling about 3,200 cases per year here—tiny compared to the 80 percent of volume the top 15 suppliers represent. Today there are more than 1,300 active craft spirits producers operating, with the number of production facilities in the U.S. more than tripling since 2007.

Says the non-profit’s ACSA Executive Director Margie A. S. Lehrman, whose organization now boasts about 300 members: “We are only at the beginning of the craft spirits movement. The interest in local products, this vibe of those spirits being more hip, and people wanting something that’s unique is just going to help.”

When looked at from another angle, craft spirits are already bigger; a recent report by Goldman Sachs predicted that consumer mega-tends toward authenticity, quality and premiumization means craft spirits could more than double volume to 11% by 2020. Definition plays into this, as Goldman includes such brands as Tito’s Handmade Vodka and other craft-scaled spirits owned by major companies. By contrast, the CSDP follows ACSA guidelines, including only distillers whose volume is below 316,000 cases, and which are independently owned and operated, with no more than 25% capital and operating control coming from a non-craft producer. 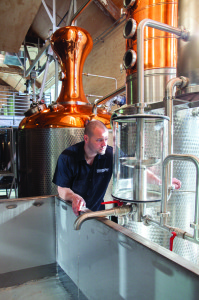 Washington’s Woodinville, currently selling out all they make within the state. Being able to serve not only samples but also cocktails, has proven critical for many craft distillers.

Either way, most retailers expect to be taking on more new distiller products. Says Josh Hammond, President of Buster’s Liquors and Wines in Memphis, “I think the best way to look at what’s happening is to take a quick glimpse at the craft beer industry. In a matter of years it’s gone from 200 or so to more than 4,000 brewers, more than pre-Prohibition.” He notes Pyramid Distillery as one of the local distillery success stories.

Most retailers, when asked about small distillers, cite how customers are attracted to local brands with interesting stories. “It all comes down to people wanting to try something new and exciting, and everybody is in favor around here of helping someone local,” says Greg Rixson, General Manager of the Grand Forks unit of the Happy Harry’s Bottle Shops chain in North Dakota. At their stores, craft brands get marked on the shelves with starbursts to help interested customers locate them.

Rixson points out that even in the Midwest, the eagerness of bartenders to experiment and serve the new and unique, along with customer interest in cocktails, drives interest in the unusual local spirits. “For instance, there’s a small Minnesota distillery, Far North, that’s very big for us, a complete field to glass farm operation where they grow their own grains and they make gin, vodka, spiced rum and they’re working on a Minnesota rye. They’ve been out working with bartenders and restaurants, creating their reputation.” 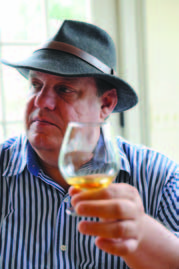 Dave Pickerell has helped set up dozens of small distilleries.

According to former Maker’s Mark distiller and consultant Dave Pickerell, who has built or advised about 60 small distilleries, few craft spirits will surpass the 30,000 case range, although some are better positioned than others for growth. “There are basically three groups of small distillers,” he says. “The lion’s share are underfunded businesses who are making spirits just because they can, who have cobbled together a nice business and don’t need much, and most won’t sell very much.

The second group is trying to make a family business grow and need to break even and make money fairly quickly, and they are likely only to be regional. And then there’s a small handful of very well funded companies, and they’ll provide the next big brands on the horizon.” He cites Washington’s Woodinville Whiskey Co., currently selling out everything they make within Washington state, and Bayou Rum as brands poised to explode.

Huber’s Starlight Distillery in Indiana, with product sold in nine states, is one of those farm business distilleries, with an established winery, fruit orchards and fields of grain ready for distillation. Now the Chair of the Distilled Spirits Council’s 138-member small distiller group, Ted Huber says the changing of laws in Indiana was key to their growth, in terms of being able to offer visitors tastes and especially cocktails at the distillery. “We had to be able to have the ability to sell directly to visitors and not only pour spirits but to serve them in cocktails. We’re very niche—a large farm making brandies and growing unique corn—and part of our appeal lies in people touring the distillery and the fields. People are able to see and smell the orchards—it has a major impact, just as it did for wineries in the 1990s.”

In fact, estimates are that direct shipping and tasting rooms currently sell more craft product than bars and retailers.

Pickerell says rather than craft, he prefers the term “small and independent” to describe the current crop of little guys. “They don’t have a corner on craft and many of the large well-known distillers are nothing but craft.” He mentions that some now revered small whiskey makers made awful stuff on their first pass, but have since figured out their distillation practices.

Hammond agrees. “It’s a blurry area for consumers and retailers; what makes it craft? Is it craft when moonshine is made with bubblegum flavor?”

Pickerell believes the small guys realize that their existence depends on their ability to self-distinguish. “Making something that’s exactly like Maker’s Mark isn’t going to sell anything,” says Pickerell, “if for no other reason than they have to charge more because of economies of scale. But make something different—using a Sauternes finish or Madeira cask or second barrel—or do things to change the texture, character and quality that the big guys maybe never thought of. Then maybe they will be able to last.”

To view the pdf of this story, download it here.