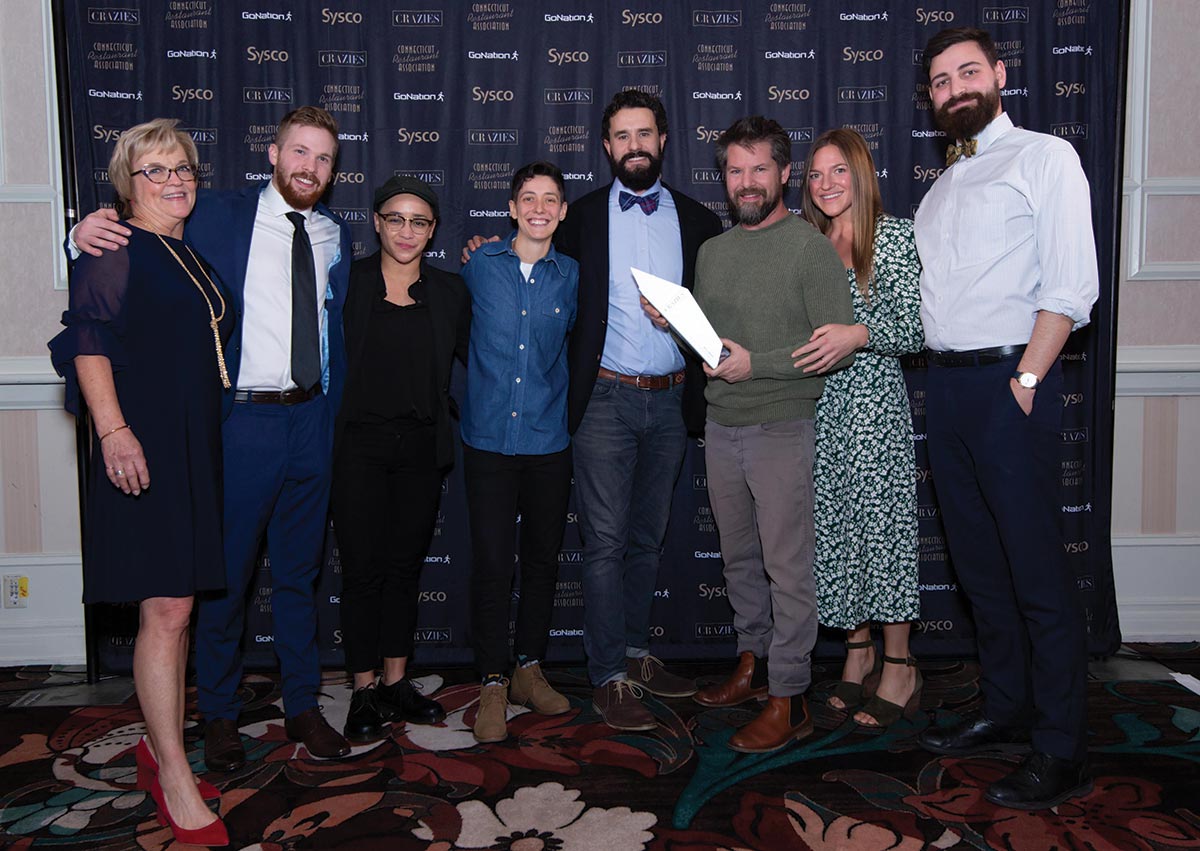 The Connecticut Restaurant Association (CRA) hosted nearly 700 guests on December 2, 2019, at Foxwoods Resort Casino to celebrate the restaurant industry and handed out 16 coveted awards, with record attendance for the event despite a snowstorm. The association added a new nominating panel made up of media experts and past winners, combined with more than 10,000 online public votes cast to help select the winners. In addition to the 16 category winners, the Vendor of the Year award presented by Powerstation Events went to East Hartford-based, family-owned wine and spirits distributor Allan S. Goodman. Along with dozens of sponsors, including The Connecticut Beverage Journal, this year’s title sponsor was Sysco, registration sponsor was Performance Food Group, reception sponsor was Connecticut Distributors, Inc., and dinner sponsor was Brescome Barton. An after-party at Shrine was sponsored by Luc Belaire Champagne. “Our second annual CRAzies Awards Gala was another huge success for our association, as we were able to showcase the exceptional talents that our industry has to offer in Connecticut,” said Executive Director Scott Dolch. 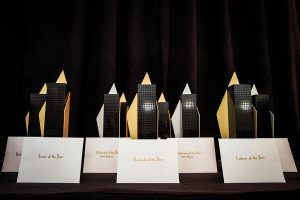 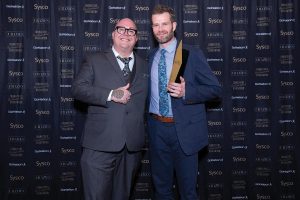 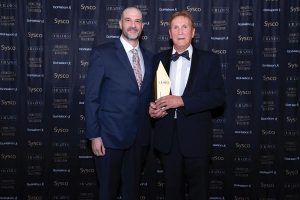 Keith Beaulieu of The Main Pub in Manchester presents Restaurateur of the Year Award to Helmar Wolf of the Mill Restaurant Group in South Windsor. 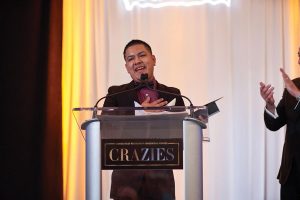 Moises Ramirez of Ordinary in New Haven won Bartender of the Year. 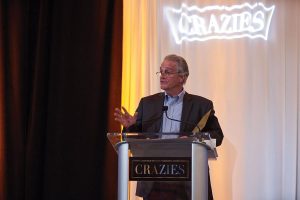 Steve Yung of Restaurant Bricco accepts the award for Server of the Year. 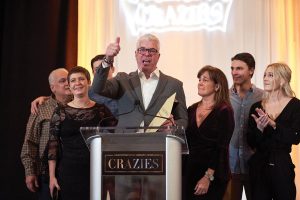 An acceptance speech by Billy Pustari, Owner, Modern Apizza in New Haven with team as they are inducted into the CRA’s Hospitality Hall of Fame. 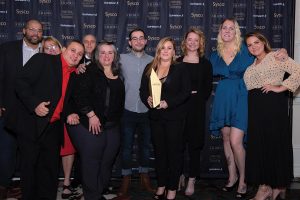 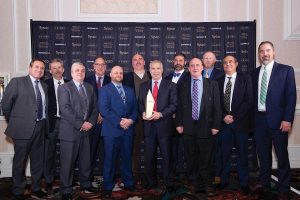 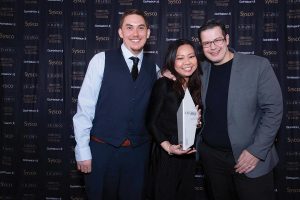 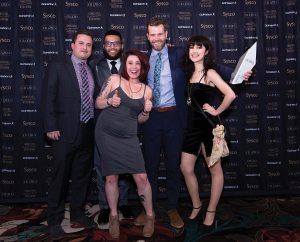 Chef Joel Lizotte and team accept CRAzies award for North Region Restaurant of the Year for Present Company in Tariffville. 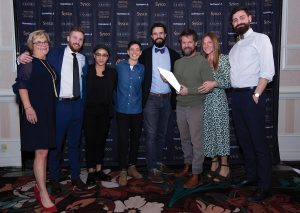 CRA Chairman Dan Meiser and Chef James Wayman and team accept East Region Restaurant of the Year for Oyster Club in Mystic. Pictured far left, Dru Conway was also a 2019 nominee for Server of the Year. 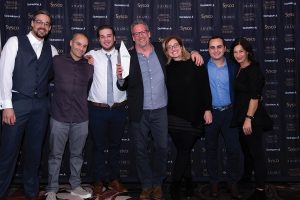 Bill Taibe and team accepting CRAzies award for South Region Restaurant of the Year for Jesup Hall in Westport. 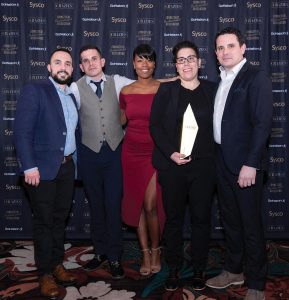 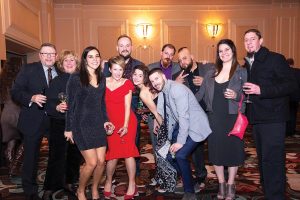 The team from Whitecrest Eatery in Stonington, nominees for Restaurant Newcomer. 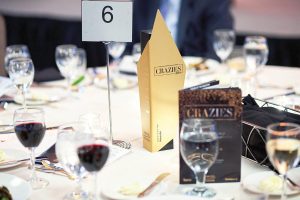 Mercado of Glastonbury was awarded Caterer of the Year. The food truck and catering business was founded by the husband-and-wife team of Roy Riedl, Executive Chef and Heather Riedl, Event Specialist. 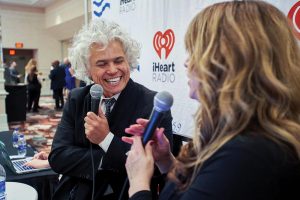 Chef Franco Arturo Camacho, Nominee for Chef of the Year is interviewed by Renee DiNino of iHeartRadio. 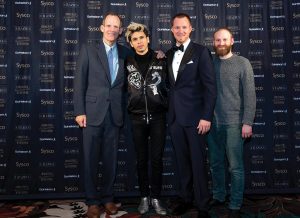 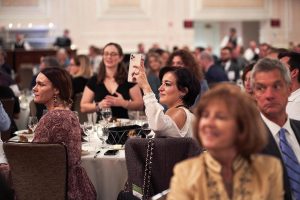 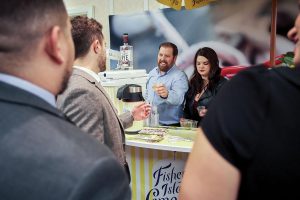 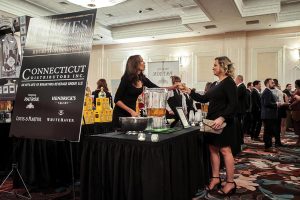 The opening reception was sponsored by Connecticut Distributors, Inc., featuring Patrón and Hendricks in cocktails for guests, including (right) Jennifer O’Sullivan, aka “The Brunching Blonde.” 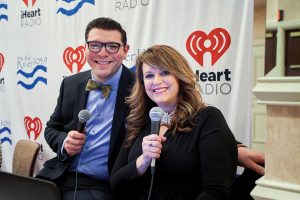 Live interview with Adam Young of Sift Bake Shop in Mystic and Renee DiNino of iHeartRadio. Young was awarded Pastry Chef/Baker of the Year.