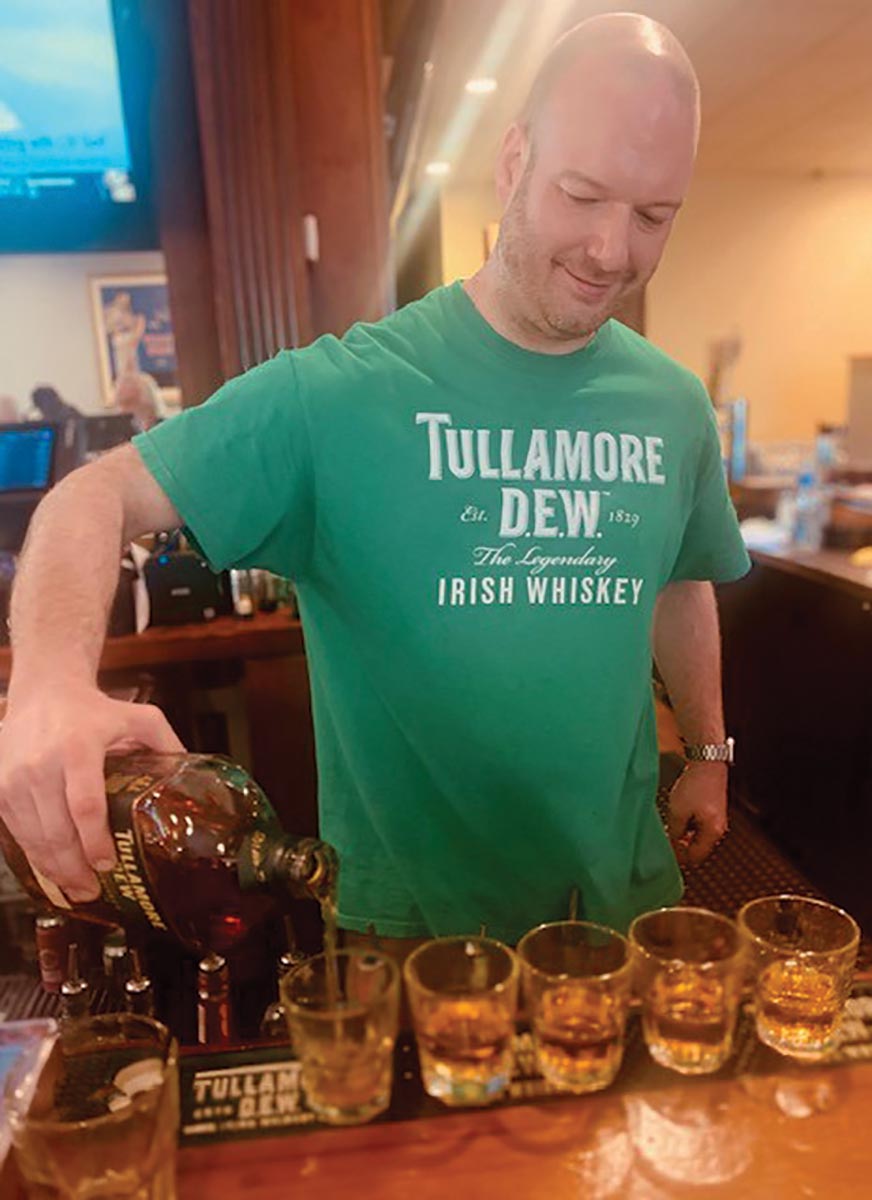 Delaney’s Restaurant & Tap Room on Whalley Avenue in New Haven earned the honor of the No. 1 on-premise seller of Tullamore Dew Irish Whiskey among Brescome Barton accounts and the No. 1 seller of Tullamore Dew in all of New England. A plaque was presented to Delaney’s Co-owners Peter Gremse and Mike Shanahan on June 13 during the evening celebration. Representatives from Brescome Barton and Tullamore Dew Irish Whiskey supplier William Grant & Sons were on hand as guests enjoyed tastes of the blended Irish whiskey and Delaney’s pub fare. Three Irish whiskeys derived from three types of grain are blended to create the complex yet approachable flavors, triple-distilled and triple-cask-matured for depth and balance. Over a period of several years, it is aged in traditional refill barrels, ex-bourbon barrels and ex-sherry butts. Delaney’s Restaurant & Tap Room has a long history of serving New Haven customers, notable for its closure after a fire in its original 114-year-old building in 2014, yearslong closure and triumphant return in its new location. 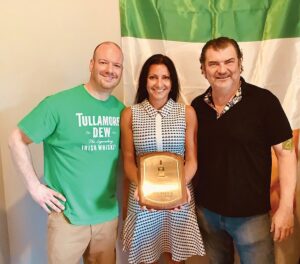 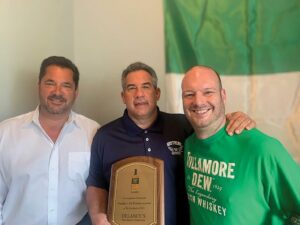 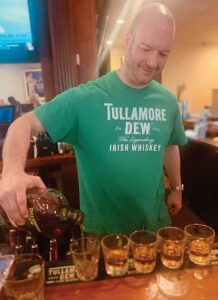