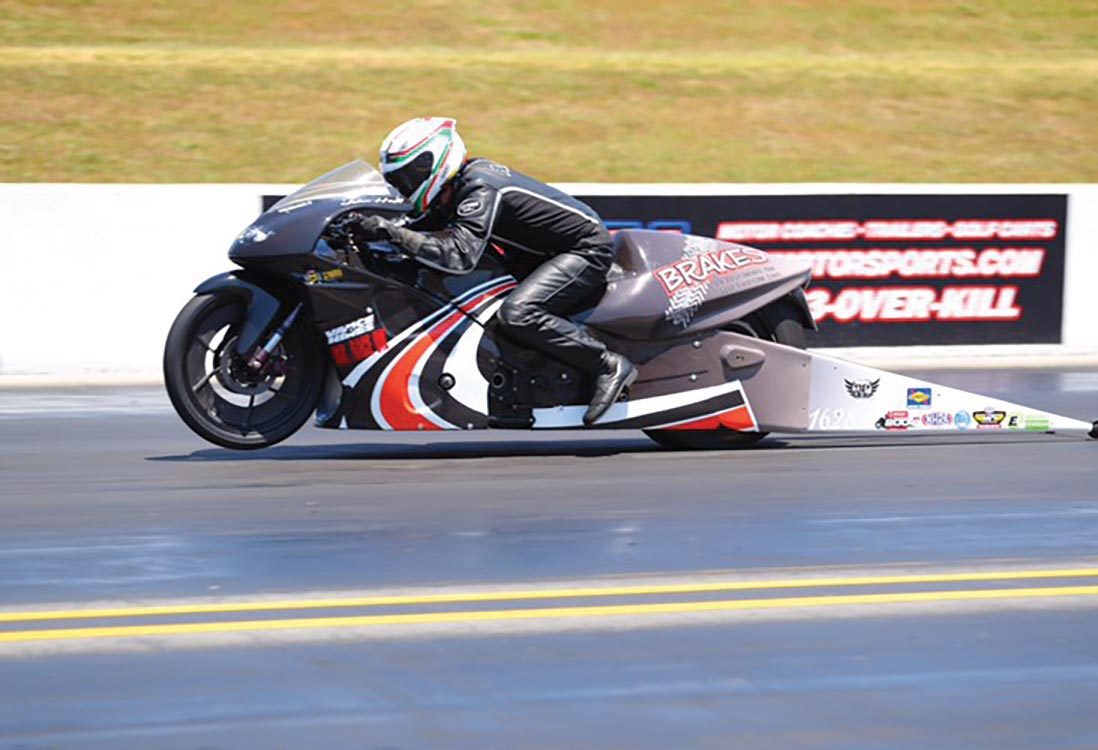 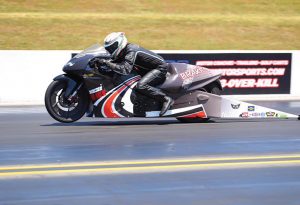 John Hall, President of Dichello Distributors and pro stock motorcycle racer debuting the B.R.A.K.E.S. adorned suit and helmet in May 2019.

Hamden, Connecticut’s John Hall, President of Dichello Distributors and pro stock motorcycle racer, solidified his support of the national B.R.A.K.E.S. (Be Responsible and Keep Everyone Safe) teen defensive driving program with the debut of his Suzuki, racing suit and helmet adorned with the B.R.A.K.E.S. logo on May 17 at the Virginia Motorsports Park. B.R.A.K.E.S., founded in 2008 after multi-time Top Fuel drag racing champion Doug Herbert lost his two teen sons in an auto accident near their home in North Carolina, is a 501(c)(3) nonprofit that provides free defensive driver training in weekend sessions across the country with the goal of preventing teen deaths. The father of two teens who previously participated in B.R.A.K.E.S. classes, Hall, along with his wife Ivette, decided to team up with B.R.A.K.E.S. not only because of their longtime association with Herbert, but also because of the inspiration generated by 14-time national drag-racing champion Terry Vance, who donated $1 million to B.R.A.K.E.S. during February’s NHRA Winternationals in Pomona. Hall said that inspired him and his wife, Ivette, to contribute. “For those of us in this drag-racing community, it’s essential that we use our platforms to extend the B.R.A.K.E.S. message about the critical importance of teen defensive driving,” he said.