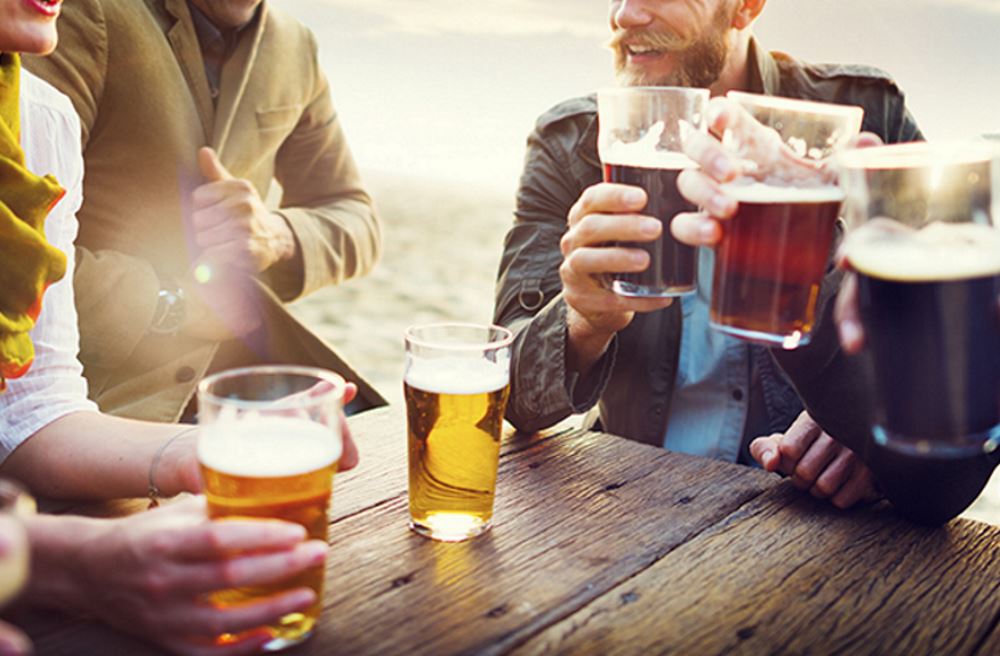 At the top of the list of existential questions are those about the meaning of life, one’s true essence, death and divinity. A bit farther down we find one that is more appropriate to this page in this particular journal, namely: Why do people like beer?

As we can surmise, there are many answers, but most fall into two general categories: because it tastes good, and we like the way it makes us feel. As a general rule, we didn’t like the taste of beer when we were kids, but eventually some of us became enthusiasts. There’s something about the combination of barley malt and hops that cannot be replicated with anywhere near the same satisfaction.

According to a 2013 research report from Indiana University, the taste of beer can trigger production of dopamine in the brain, which can make a person want to taste more. Dopamine is a neurotransmitter that affects emotions, movements and sensations of pleasure and pain. One of the dopamine pathways in the brain plays a role in reward-motivated behavior.

When the study was released, David Kareken, deputy director of the Indiana Alcohol Research Center, said, “We believe this is the first experiment in humans to show that the taste of an alcoholic drink alone, without any intoxicating effect from the alcohol, can elicit this dopamine activity in the brain’s reward centers.”

It’s possible that hops are a contributing factor in the pleasure one feels in consuming beer. A 2012 study out of Extremadura University in Spain noted that the hop has traditionally been used as a soothing agent, specifically from compounds released from its bitter acids. “The sedative effect of hops on the nervous system has been widely reported in research using animal models,” and they also have a narcotic effect at high concentrations due to one specific component, the report states. It is often used to treat people with sleep problems.

It is not, however, simply the taste of beer that leads us to favor this adult beverage over others. When yeast is added to beer, the resulting fermentation yields a psychoactive substance called ethanol. This type of alcohol produces a feeling that beer drinkers enjoy.

The Indiana study proved to be a cautionary tale. The 49 males who participated said they felt the desire to drink more after the sample of 15ml of beer (one-half ounce) was administered over 15 minutes. Though they were not intoxicated by that small amount, the beer taste alone triggered enough dopamine to produce desire in some, craving in others. Another fascinating result also emerged, as reported in Discover magazine:

Just as genetics isn’t the only source of alcohol use disorder (the clinical term), just tasting a beer is not a factor either. Dopamine release has countless causes: exercising, listening to music, engaging in an activity you enjoy, eating your favorite food, being in love, and on and on. It does its job by giving you a pleasant feeling, not changing your behavior.

That’s it for now about chemistry. There are a few other reasons we love beer. High on my list is that it’s refreshing. The Oxford English Dictionary says refresh means “to make (one) feel fresher than before; to impart fresh vigor to a person, the spirits or mind, the eyes, etc., when fatigued or exhausted; to reanimate, reinvigorate physically, mentally, or spiritually.” Now that sounds like a beer tastes.

It’s cultural, it’s communal. Beer is enjoyed tribally the world over. Beer and its numberless variants (e.g., mbege, Tanzania’s banana beer) are the glue that keeps a group together through joy, pain, celebration and mourning. It goes well with sports, picnics, robust meals and Mensa meetings.

Lots of folks find happiness when they cook with beer, and the recipes are manifold. Others get a thrill immersing themselves in vast and fascinating history of beer, for it is centuries long. Still more get their kicks visiting breweries, and brewing beer themselves, or – and I say this with passion – writing about beer.