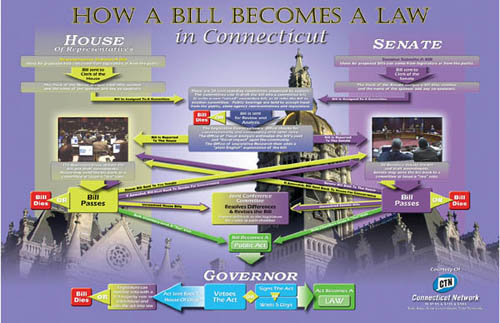 The Connecticut General Assembly debated our state’s liquor control laws at length this past legislative session. Despite lots of talk of a top-to-bottom overhaul of the liquor laws, what the legislature actually accomplished was more modest, confined largely to legalizing retail sales on Sundays. Yes, indeed, a task force was set up – the Competitive Alcohol Liquor Pricing Task Force – to study how to more broadly amend the laws, to deal with such issues as price posting, restrictions on package store ownership, and how to make it more possible for convenience stores to sell beer. 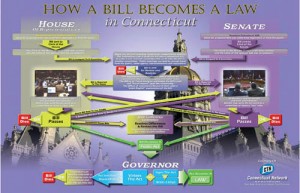 People in the liquor industry often ask me what I think will happen – what changes will the task force recommend and will the legislature adopt them in the next session? I try to be polite in answering this question. I explain that many task forces get set up in state government, that every task force reports out recommendations, but that often these reports and their recommendations are “put on the shelf” and not acted upon.

In the case of this task force, it is likely that some of its recommendations may initially appear in a legislator or two’s proposals. But keep in mind that, at the beginning of a legislative session, hundreds of bills are introduced, of which only a handful eventually get the triple play needed to become law – passage by the House, passage by the Senate, and signature by the Governor.

In between, there are a variety of legislative committees – the General Law Committee is the critical one for liquor law – that can change the language of a bill or take steps which can positively or negatively affect a bill’s chances of getting far enough through the process to have the potential to pass. Behind the scenes, powerful legislators will weigh in, lobbyists will attempt to get language changed, and constituents with a broad variety of views will be in touch with their representatives. The bottom line is that the passage of any bill is difficult to begin with, and the passage of a bill dealing with regulation of the liquor industry is extremely difficult.

For that reason, I don’t see further amendment of Connecticut’s liquor laws happening soon. Even where a bill has all the right things going for it – agreement within the segments of the industry as to the specific language of the bill, the backing of key legislators, and decent public support – it often takes two or three legislative sessions for a bill to make it through the House and Senate and onto the Governor’s desk.

In the meantime, we deal with the system as it exists.