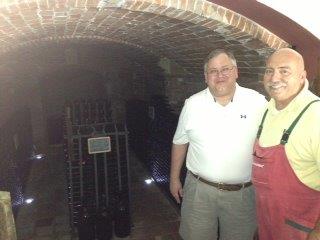 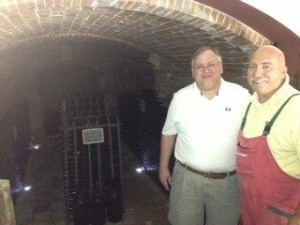 Farrell is shown on the left with Guido Viotti, owner of Viotti Vini (Wines) in Castel Rocchero, in the Piedmont section of Italy.

Jerry Farrell, Jr., former Connecticut Commissioner of Consumer Protection and former Wallingford Town Council Vice Chairman, was honored by the Italian royal family at events which occurred at the Vatican in Rome over the course of four days in September 2013. Prince Victor Emmanuel IV of Savoy, the head of the Italian royal family, invested Farrell as a Cavaliere Ufficiale del Ordine dei Santi Maurizio e Lazzaro (Knight Official of the Order of Saints Maurice and Lazarus) in recognition of Farrell’s charitable and civic work. Farrell then traveled to northern Italy for meetings with clients of his legal practice, which specializes in navigating state liquor laws, including the importation of Italian wines and liquors into the United States.