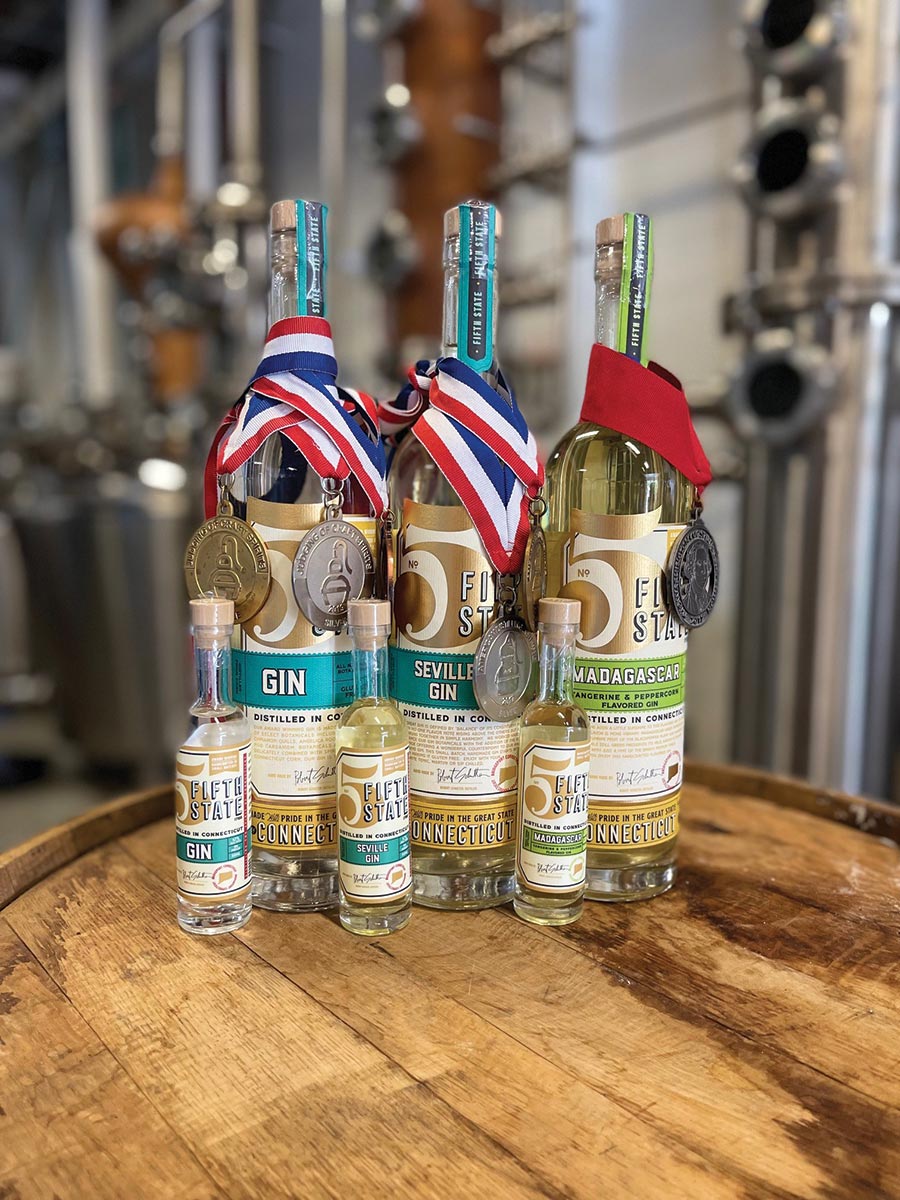 Bridgeport’s Fifth State Distillery was awarded several accolades from the 2022 New York International Spirits Competition (NYISC), including Connecticut Gin Distillery of the Year for the second year in a row. The competition received more than 1,400 spirits from 39 countries and 34 states in the U.S. Fifth State Distillery Founder Bridget Schulten said, “We are passionate about gin. We were selected for providing unique, innovative and distinctive gins. Sourcing local has been at the forefront of our purpose from the beginning. We have wanted to create long-term relationships with all persons and organizations along the journey from farm to bottle.” Its four gins include: Fifth State Gin, an award-winning 94-proof, six-botanical gin; Fifth State Seville Gin, which uses seasonal Seville oranges to create a contrast between sweet gin and bitter orange and was awarded a 2022 NYISC Silver Medal and 93 points; Fifth State Madagascar Gin, made with tangerine and green peppercorn; and its newest gin, a passion fruit gin named Fifth State Passion Gin, a smooth and “tropically tangy” gin. All of its gins are distilled from GMO-free Connecticut corn, utilizing a proprietary blend of 100% natural, hand-selected, vapor-infused botanicals. Founded by Bridget and Rob Schulten, the company rebranded from its former name, Asylum Distillery, in November 2019 to better reflect its Connecticut roots as part of the company’s evolution since first opening in 2016. Connecticut was the fifth state to join the Union in 1788, which the duo chose to honor with their spirits products and locally made status. 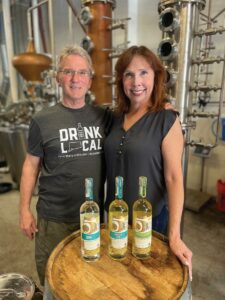 Fifth State Distillery founders Bridget and Rob Schulten at their Bridgeport distillery and tasting room. The distillery was named Connecticut Gin Distillery of the Year by the New York International Spirits Competition for the second year in a row. 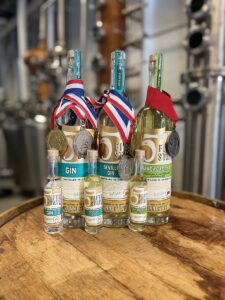