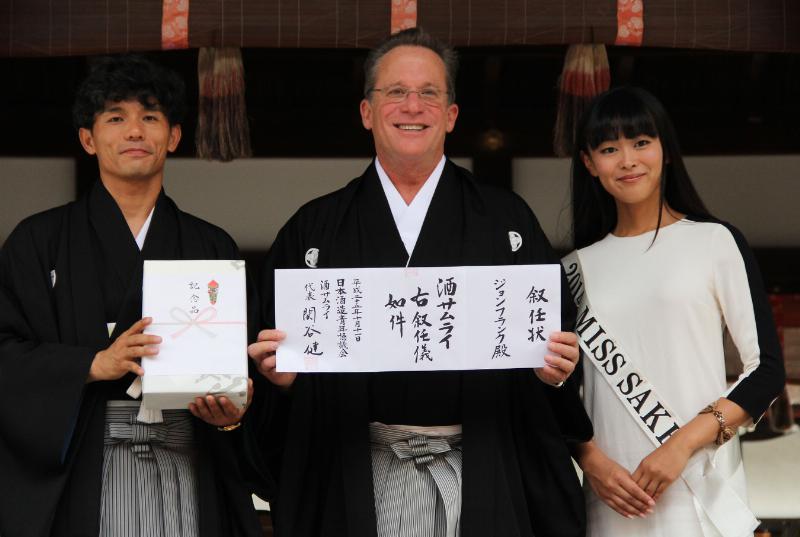 John Frank, Vice Chairman of Sidney Frank Importing Co., Inc. has been named a 2013 “Sake Samurai” by the Sake Samurai Association, a council for the Japan Sake Brewers Association, for his hard work and exemplary leadership in the industry. Frank was bestowed with the honor for his “outstanding contribution to the understanding, appreciation and promotion of Sake during his nearly 40 year commitment to Gekkeikan Sake’s success.” The ceremony was held earlier this month at Shimogamo Shrine, one of the oldest shrines in Japan, and recognized only six individuals from around the world. Sidney Frank Importing Company, Inc. first began importing Gekkeikan Sake in 1972. 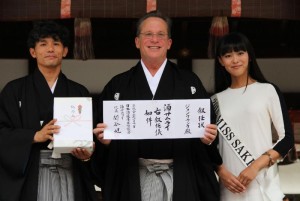