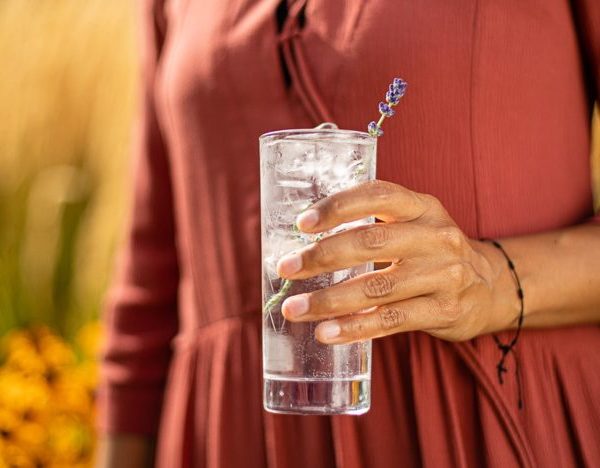 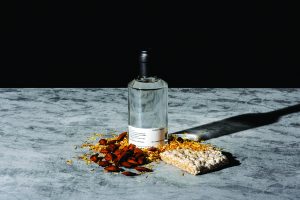 In the beginning, there was gin. More than one type, of course—genever, Old Tom, sloe gin, and more—yet ultimately the dominant style became London Dry, a bracing botanical spirit, tangy, and juniper-led.

But at the turn of the last century, as spirit entrepreneurs crowded the market with new ideas, the range of botanicals exploded, and gin became a more wildly diverse category, particularly with the creation of the low- or no-juniper, citrusy New Western Dry style. Gin distillers further made their marks by introducing a cornucopia of ingredients—chamomile, lavender, tea, mint, ginger, and far beyond.

A New Generation of Flavor Is Born

Consider Trakal, a brandy (made from Chilean apple, crab apple, and pear) that is spiked with indegenous Chilean ingredients—maqui, murta and elderberries, laurel, mint, and other plants. It’s said by the makers to smell like the Patagonian forest, or if “brandy and gin had a baby of Patagonian descent,” says co-founder Matthew O’Brien.

Digging into the apothecary to flavor spirits is as old as distillation. The monastics who created Chartreuse and Benedictine were merely the most successful in the creation of the appetizing and aromatic strong spirits. Products like Trakal are benefiting from the work of more recent pioneers including Square One Organic, which arguably launched the first contemporary spirit allowed to be labeled “botanical” in 2006.

“The opportunity for expressions of any kind are only limited by the imagination of the distiller and the consumer palate,” says Hendrick’s Gin national ambassador Vance Henderson. “I believe what is so magical about gin is the different flavor profiles that come from the combination of botanicals, ingredients, and processes.” The Hendrick’s line now includes Lunar (he describes it as having “warming spices, rich night-blooming flora and delicate citrus”); the orange blossomy Midsummer Solstice and the quinine, wormwood and blue lotus blossom-enhanced Orbium

Ketel One. Photograph by Julian Cousins

“I think that given the growth in mindfulness you will see an outsize influence of herbs and spices on new products in total spirits,” says Olivia Kupfer, brand director, Ketel One Vodka. “I think consumers who pre-pandemic were increasingly open to new products and experiences will have a lot of anticipatory demand for new consumption experiences.”

That openness bodes well for botanical spirits. “Ten years ago if we wanted to launch Trakal, having a conversation about a botanical spirit would be a lot more difficult,” says distiller Sebastien Gomez. “Now cocktail nerds are playing with all kinds of botanicals.”

As non-alcohol “spirits” have gained traction, those producers are especially interested in the flavor promise of botanicals.

“When we started talking about what we wanted to do with Wilderton, part of what got our distiller so excited was being informed by botanicals that had been used traditionally in distilled spirits,” says founder Brad Whiting.

Made by brewing botanicals and distilling the result at low pressure and temperature, Wilderton launched with two expressions: floral and bitter-citrus Lustre and the woodsy Earthen (cardamom, frankincense, and smoked tea). “We knew that we wanted to target these general ideas—one product that was bright, light, summery, and refreshing and one that was more contemplative and introspective.”

The Challenge of Defying Category Classification

In fact, even the term “botanical spirit” was misunderstood until recently. Allison Evanow of Square One struggled to obtain TTB approval for Square One Botanical, made with pear, rose, lavender, chamomile, lemon verbena, coriander, and citrus peels. “We had to do so much explaining in the beginning because the retailers didn’t really know what to do with it. People were asking, ‘Why did you leave out the juniper?’ I said because a lot of people don’t like gin and we’re trying to make it a gateway to gin.”

The potential range of flavors puts botanical spirits far outside any existing category, which means a well-honed explanation of what’s in the bottle is required, particularly for producers like Copenhagen-based Empirical.

“Describing our spirits is still our biggest challenge,” says cofounder Lars Williams. “The main idea we try to convey is that flavor is our guiding principle and what we create is a fusion of actual ingredients, hard work, fermentation, techniques, and traditions from around the world. In the end, the best way for people to understand our spirits is to try them and connect them to their own memories and past experiences.”

The “smells like a forest” concept seems to be a major attraction for botanically-inclined producers. Callisto Botanical Rum was partially inspired by a trip to Yosemite National Forest, says founder Giles Templeman. Finding little interest in rum when he moved to California, the Bermudan-born Templeman decided to create a new style—dry and flavored with California ingredients.

At first reluctant to reveal his botanicals, he soon realized the trade had a different idea. “Everybody that we started speaking to was very keen on hearing about these ingredients so I got a sense that maybe people felt that we weren’t being transparent.” Callisto’s core ingredients—lavender, rosemary, burdock root, and cherry—are infused into aged and filtered rum from Trinidad and Nicaragua.

Empirical is also exploring untraditional base spirits for its botanical offerings, which makes them challenging to explain and understand. Among Empirical’s current offerings: Ayuuk, made with pasilla mixe, a dry smoked chili from the Sierra Norte Mountains in Oaxaca; and “The Plum, I Suppose.” made with plum kernels and marigold petals, which Williams describes as tasting like spicy and juicy marzipan.

“When we first started we were just trying to make delicious things; it was only later that we found out we didn’t fit into existing categories,” says Williams. “We’re not making gin, vodka or whisky. Instead we came up with our very own, flavor-first approach. We’re a flavor company which means the only common denominator is the exploration of flavor, and that it must be delicious.”

While more experienced customers may have settled into exploring well-established categories, these botanical producers are counting on the same sort of flavor curiosity among consumers that has birthed the cocktail revolution, juicy IPAs, hard kombucha and other recent innovations.  “If you think about the history of alcohol, it was very apothecary, it was a medicine and closer to nature,” says Gomez. “We’re rediscovering nature’s apothecary. People are aging gins, trying botanicals, and I think that’s great. The consumer is so much more informed and we believe this is the next direction for spirits.” 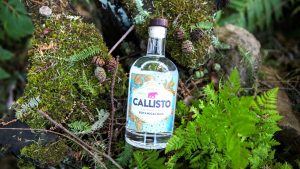 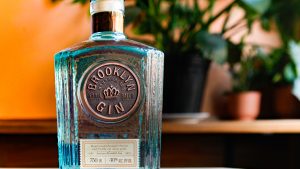 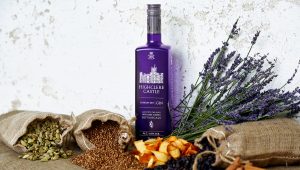 From pink gins to new gins to old-fashioned gins, the industry is seeing a great explosion in style diversity—particularly at the high-end—for the world’s best-known botanical spirit.

Pink gins, now said to represent as much as 20 percent of UK sales, have boomed with brands like Boodles (strawberry rhubarb) and Beefeater (strawberry), while smaller producers are turning out pink peppercorn, grapefruit, blood orange, hibiscus, rose, and elderberry versions. Brockmans employs blackberries and blueberries, and Bombay Sapphire just introduced Bombay Bramble, a bright reddish gin with the essence of blackberries and raspberries.

Numerous producers have followed in the footsteps of Hendrick’s, including flowers, fruits, and vegetables for added distinction. For one, Nolet’s Silver brings in rose, peach, and raspberry.

There are plenty of 21st Century gins that haven’t abandoned the tried and true London dry formula, like Brooklyn Gin, which leans on fresh citrus and juniper, and newer brands Highclere Castle Gin which leads with juniper, but weaves in a distinct mix of other flavors, including lavender, coriander, lime flower, licorice root, cassia bark, and oats, among others.