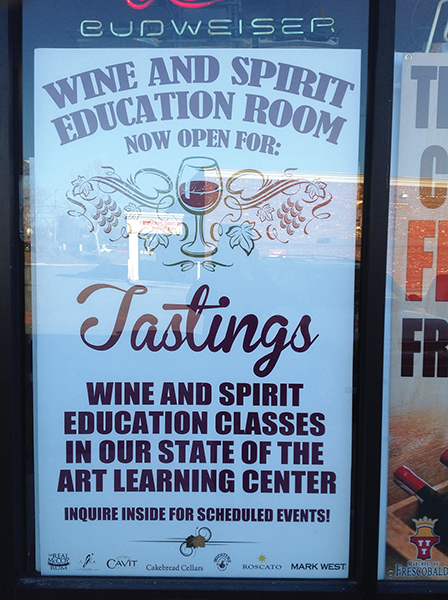 Yankee Discount Liquor in East Haven held a rum class on December 18, 2013 for clientele and staff. Deepak Pattani, owner of Yankee Discount Liquor, crafted a classroom featuring wood barrel tables and a wine box bar for his store’s new, ongoing educational offerings. The first two classes have been “well-attended.” Dee Blackmer of Brescome Barton presented the first seminar earlier in December, which focused on Scotch whisky. Anthony DeSerio of Worldwide Wines featured a tour of rum-producing countries. The sales response has been as enthusiastic as seminar attendance. “With bottles at over $100, I never thought anyone in this economy would buy,” said Pattani of his first class. “But we sold out.” 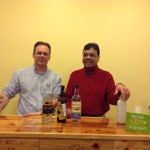 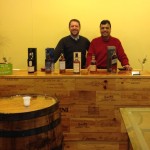 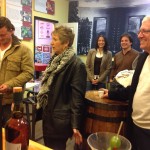 The classroom with seminar participants. 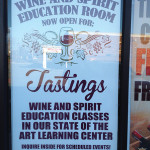 Signage in the store window.