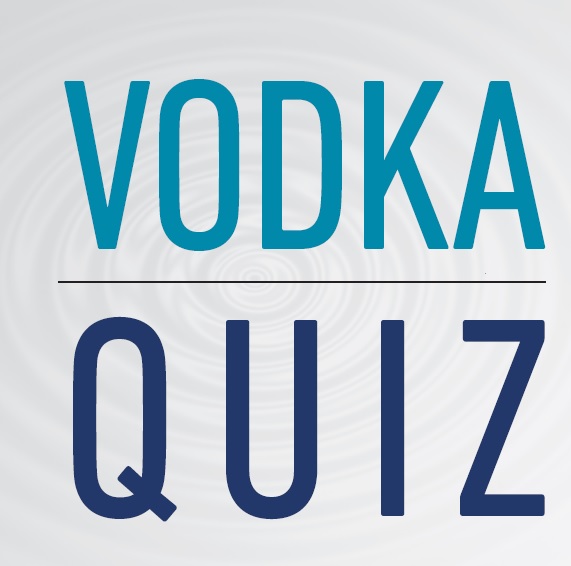 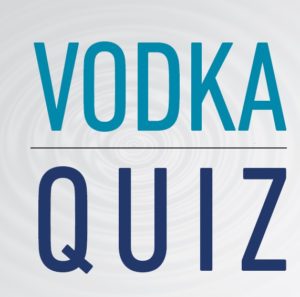 The bad news: vodka is shrinking on the global scale. According to the Global vodka Insights, a report from just-drinks and the IWSR based on 2015, the latest full-year data available, vodka’s top four markets—Russia, the U.S., Ukraine and Poland—all lost volume and value in 2015. And while the U.S. is expected to be essentially fl at, the others will experience further declines right through to 2021.

The good news: Globally, vodka is pursuing a clear trend of premiumization, the report notes. More specifically, low-price and value sales are declining; the standard segment is flat; but premium and super-premium sales are increasing.

And most relevant of all: vodka is still the biggest selling spirit in America. And it continues to be available in myriad forms and formats, despite it being famously neutral at its core. Here are a few Q&A’s to keep up to speed on vodka today.

Q: How Is vodka different from other clear spirits like gin, unaged whiskey and unaged brandy?

A: Vodka is meant to be distilled to neutrality. While gin, unaged whiskey and unaged brandy may be clear, they are hardly neutral.

That’s usually not the case with the various vodka bases; they are both clear and neutral by design. of course, this excludes flavored vodkas, meant to taste like everything from red velvet cupcakes to bacon, which show that the line where vodka stops being vodka is very blurry indeed.

Q: If It’s supposed to be neutral, does the base material really matter

A: The answer is YES, at least from a marketing standpoint. The rise of brown spirits has prompted consumers to care more about production processes and ingredients. That development has not been lost on many vodka makers.

Q: Is vodka ever aged?

A: A few years ago, the likely answer would have been an easy “no.” However, that is no longer the case as some fairly prominent brands have released oak-aged vodkas (thanks again, whiskey). As polarizing as such products may be, they do serve an educational role. Since there’s little or no character left from the base ingredient, drinkers theoretically get a keener understanding of the nuances that barrels impart without any competing elements from the distillate. Again, though, it does raise the question of when vodka stops being vodka. 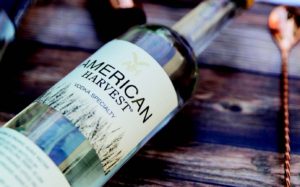 In a category whose product’s main purpose is to be neutral, points of distinction become critical. American Harvest Vodka has not one but three:

All ingredients in American Harvest are 100% USDA certified organic. The winter wheat is sourced from local farms and the water is from a protected source beneath Idaho’s Snake River water basin.

That dash of agave not only sets American Harvest apart from other neutral vodkas, it reconfirms the brand’s authenticity as farm-to-bottle spirit perfectly in sync with the exploding craft spirits category.

Muddle basil and lemons in a tall glass. Add ice and American Harvest and top with lemonade. Garnish with lemon wheels and basil leaves.

Q: How is the category doing?

Q: Does that mean the super-premium segment is doing well again?

A: Absolutely. Super-premium vodka volume and revenue both jumped more than 13% in 2016 following declines of the same percentage in 2015. We’ll know more in a year whether the 13% volume and revenue drops in 2015 were an anomaly.

Q: How big is the category in the U.S?

A: From a volume standpoint, it’s the largest spirits category. From a revenue standpoint, it’s Second largest, behind whiskey. In 2016, total volume reached 69.8 million 9-liter cases, according to the Distilled Spirits Council. Total revenue was just over $6 billion.

Q: Beyond cocktails and the occasional neat sip, are there any other ways to enjoy it?

A: Bars and consumers increasingly have been experimenting with infusions— everything from sweet berries to savory dill. It’s a relatively simple way to jazz up the neutral spirit without relying on the often artificial ingredients of packaged flavored vodkas. 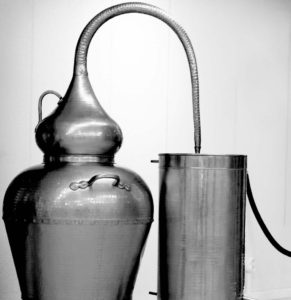 Q: Vodka has been around for a good while. What are some contemporary selling points?

A: Value: As long as there are people on a budget, and people having parties, there will be a need for large format vodka. In fact, summer more than ever.

Versatility: Vodka is a mainstay in countless drinks, which present varied recipe-sharing opportunities.

It’s a Wrap: Vodka’s popularity means it will always be a good gift recommendation

Crafty, too: Details of ingredients and production help vodka sit into the craft movement.

Heritage: Just as many spirits have strong regional connections, vodka has long been associated with Russia, Poland and Scandanavia—stocking recognizable brands makes shopping that much simpler for many people.

Q: What about flavored vodka?

A: In 2015, flavored vodka shed about 1.1 million cases, but regained some 800,000 cases the following year. If that trend continues, flavored vodka volume should surpass 2014 volume some time this year. However, don’t expect to see a wave of outlandish flavors that dominated new launches a handful of years ago. The flavored pendulum is swinging back toward more traditional understated flavors like citrus and cucumbers.

Q: How much does filtration matter?

A: The TTB states vodka must be “distilled or treated after distillation with charcoal or other materials so as to be without distinctive character, aroma, taste or color.” That said, filtration is a bonafide way of meeting the definition of vodka. Charcoal (more accurately: activated carbon) remains a popular agent, although other brands have been known to filter through sand, diamonds, algae, rock or precious metals. Generally speaking, filtration is another step of the vodka making process that is elevated by a brand’s marketing department.

Q: How many times does vodka need to be distilled?

A: Once, twice, ten times? With vodka the argument often becomes “more is more,” in that the flavor target for vodka is neutrality, and with each successive distillation, the spirit does become incrementally more neutral. The key positive attribute of multiple distillations is purity. on the other hand, stripping away flavor implies that there is less character a brand can boast about—less to distinguish it—and the trend in recent years has been away from making the number of distillations a key calling card. 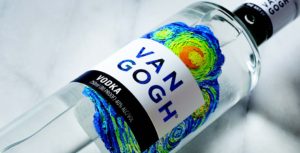 When Van Gogh executed a dramatic redesign late in 2016, the bold new look was immediately applauded. But the makeover also provided an opportunity to refocus on the high quality built into the flagship unflavored Van Gogh vodka.

It all starts with wheat (& not just any wheat)

Each brings a different characteristic to Van Gogh due to a combination of local surroundings and climate where the wheat is grown—the terroir. When combined, the sum is greater than the parts—the taste is nuanced and smooth.

Van Gogh vodka is crafted in small batches using purified water at Cooymans Distillery International in Tilburg, Holland through a triple distillation method, which maintains the integrity of the natural ingredients before final blending.

Flavors Rise to the Top

Over the years, Van Gogh has earned a reputation as a pioneer in flavored vodka, having introduced many flavor “firsts,” such as chocolate, coffee and açai-blueberry. The relaunch, however, prompted the brand strategists to cut down the number of offerings to a core range of 15 signature flavors while focusing on the unflavored 80 proof vodka.

Add first three ingredients directly to a highball glass with ice and roll back and forth twice. Top off with sparkling water or sparkling wine. Garnish with a rosemary sprig.