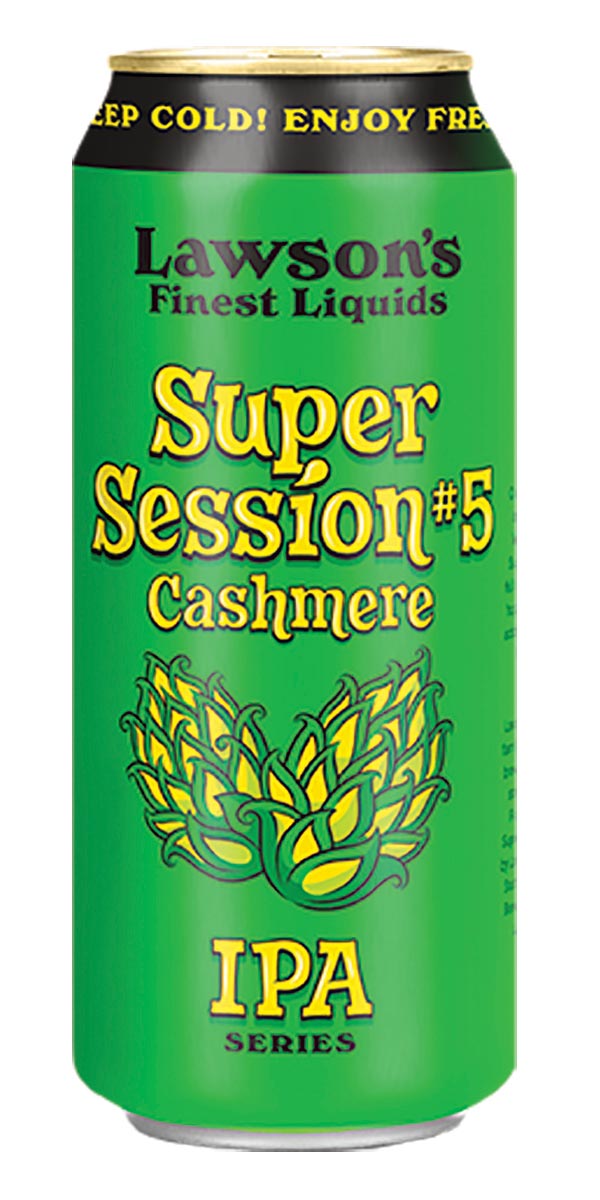 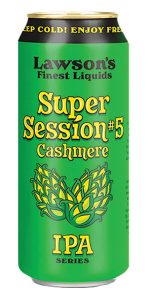 Waitsfield, Vermont’s Lawson’s Finest Liquids showcases Cashmere hops for its latest release in its longtime Super Session single-hop IPA series, Super Session #5. The Cashmere-hopped IPA will be available through the end of May. Brewed with the same malt base and specialty malts as the other beers in this IPA series, Super Session #5 features a generous amount of Cashmere hops that get added late in the kettle and in dry hopping. The Cashmere hops give Super Session #5 a soft, balanced hop character, and at 4.8% ABV, the beer is light, refreshing and approachable. Super Session #5 IPA is available in both four-pack, 16-ounce cans and 12-pack, 12-ounce cans. Founded in 2008 by Sean and Karen Lawson, the company started as a highly acclaimed, small-batch artisanal brewery in Warren, Vermont. In 2014, Lawson’s Finest Liquids added an alternating proprietorship in Stratford, Connecticut, where the brewery produces its flagship Sip of Sunshine and Super Session beers, available via Atlantic Beverage Distributors.