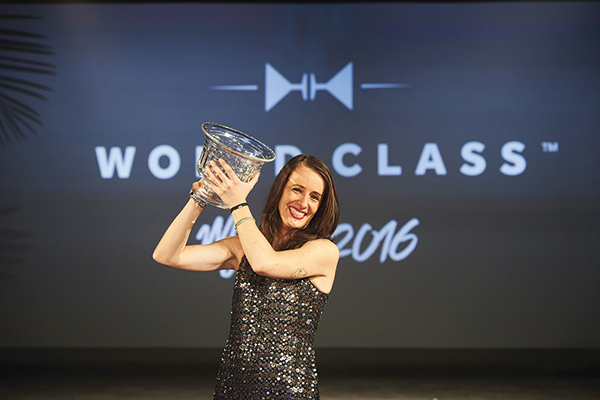 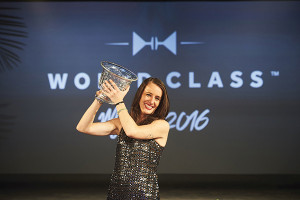 Jennifer Le Nechet is crowned World Class Bartender of the Year 2016 in Miami.

Jennifer Le Nechet has been crowned the world’s best bartender at the global Diageo cocktail competition World Class Bartender of the Year 2016 in Miami. She is the first female bartender to claim the title. The French bartender works at Café Moderne in Paris and “wowed” the judges by creating a spectacular range of vibrant drinks at her Steampunk themed pop-up bar. Nearly 10,000 bartenders from all over the world entered the competition, with 56 selected to represent their country at the Miami finals. An elite group of six made it through the final round, which required them to conceive and create a pop-up bar in just 24 hours. Each challenge showcased a different skill: technique, personality, spirits knowledge and how well they perform under pressure.