Behind the Bar: Low Alcohol Cocktails 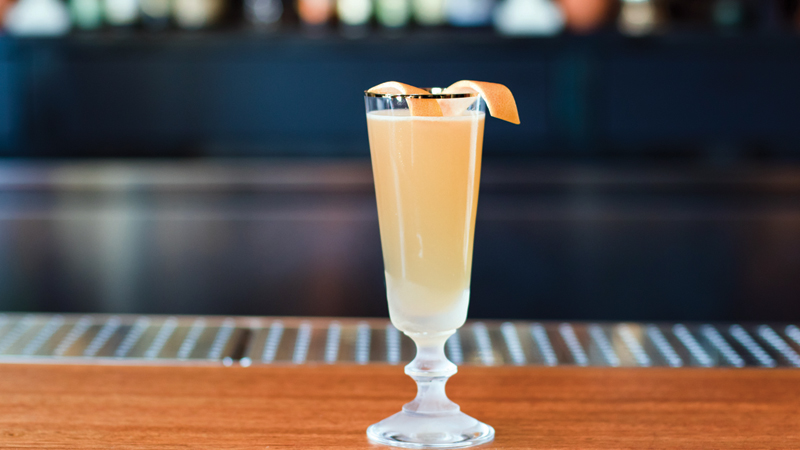 The ‘Sessionable’ Concept Finds Footing In The Cocktail World, Not Just Beer 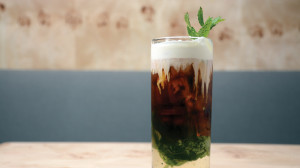 International travelers have long marveled at America’s plate-sized steaks, endless buffets and schooners of soda. Recently, add to portion shock a general surprise at the potency of many en vogue cocktails. It’s not only tourists who struggle with some of the more impactful contemporary creations.

But high-octane tide has begun to turn a bit, with more and more cocktail menus including lower-alcohol options. Many factors have contributed to the move: concerns about over-serving customers, the sense that strong and stirred drinks can dull the palate and appetite, a general trend to include a range of potencies and flavors in all beverages, and the slew of lower alcohol ingredients now available for the bartender’s tool kit. What’s become known as sessionable in the craft beer world—meaning beverages moderate in flavor and potency—is now having an impact on cocktail menus.

What counts as lower-proof? The average properly-made cocktail in a standard portion size can range anywhere from about 20% alcohol by volume up to about 25-30% for those strong and stirred. A drink based on vermouth, Sherry, amaro or other lower-alcohol ingredients rather than stronger spirits, as in those basic aperitivo cocktails the Americano or the Aperol Spritz, will instead be served, depending on the recipe, at between 8% and 13% alcohol.

The attractions for operators to include these sorts of drinks are obvious. Comparably less expensive ingredients likely make for more profitable drinks; and given a customer used to stronger drinks might safely consume two aperitivo cocktails, the number of drinks served may increase as well. Variations of the Aperol Spritz, especially during brunch service, have definitely benefitted from the lighter proof trend.

Restaurants limited to beer and wine tend to really push the boundaries in the lower-alcohol arena. At Demitasse Roastery & Kitchen in Hollywood, in addition to espresso and tea beverages, wine, saké, vermouth, and coffee are the bases for a number of drinks, including the Blood Orange Saké Swizzle (saké, lime, and a rosemary and black pepper garnish), the Adult Spice Latte (the cardoon-based amaro Cardamaro and cinnamon syrup) and the Green Arrow (Dolin blanc vermouth, muddled mint, Kyoto cold brew coffee topped with honey cream). 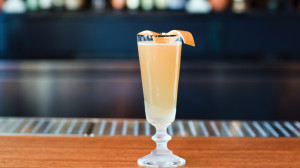 In San Francisco, Hip Hops is one of the many vermouth-driven cocktails at Nighthawk.

The range of currently available vermouths now helped form the menu at Washington, D.C.’s Nido, where the happy hour is known as the “vermoutherie.” Vermouth highballs, locally produced rosé vermouth on tap and many other vermouths by the bottle set the stage of a cocktail program broadly based on twists on the classics. “There is so much variation and depth of flavor in vermouth, and it’s a lot of fun to play with,” says owner Erin Lindle.

In San Francisco, Octavia launched with a vermouth program in place and carries nine or so, each listed on the menu to be served straight, on the rocks with bitters and orange, or with tonic, bitters and orange. The house cocktail includes two types of vermouth and Lillet mixed with yuzu juice. “We wanted to create a unique offering that would attract attention and be exciting for our diners,” says Beverage Director Paul Einbund.

In another part of town, the drink programs at Plumpjack Group-owned Forgery and Wildhawk, includes numerous low-alcohol drinks; at Forgery, about half feature sherries and vermouth—for example, the Gran Cobbler, made with Gran Lusso Vermouth, raspberries, absinthe and lime. With a small bar and limited spirits selection at Wildhawk, beverage honcho Jacques Bezuidenhout boasts an entire menu page dedicated to vermouth cocktails. “We have one [Hip Hops, made with Martini Ambrato, grapefruit, pineapple gum and hops] that customers love especially because they can have two or three without worrying about too much alcohol.”

“I think proof isn’t necessarily always the driver,” says Arbuckle. “It’s more about the quality you get from certain liqueurs and vermouths and the lighter amaros. A different flavor profile than the one you get from more spirit-forward cocktails.”

While Sherry-based cocktails have become more common lately, Port generally has yet to receive the same sort of attention. One notable exception: Elixir in San Francisco, where owner H. Joseph Ehrmann currently features Sandeman Port with lemon, soda and ice.

But regardless of the venue, contemporary customers are clearly less interested in the punch they get per drink than they are the flavor experience at whatever proof, and sometimes, going lighter is the best way to bring better flavors out.