May Cover Story: Hand Selling and Setting Your Store Apart 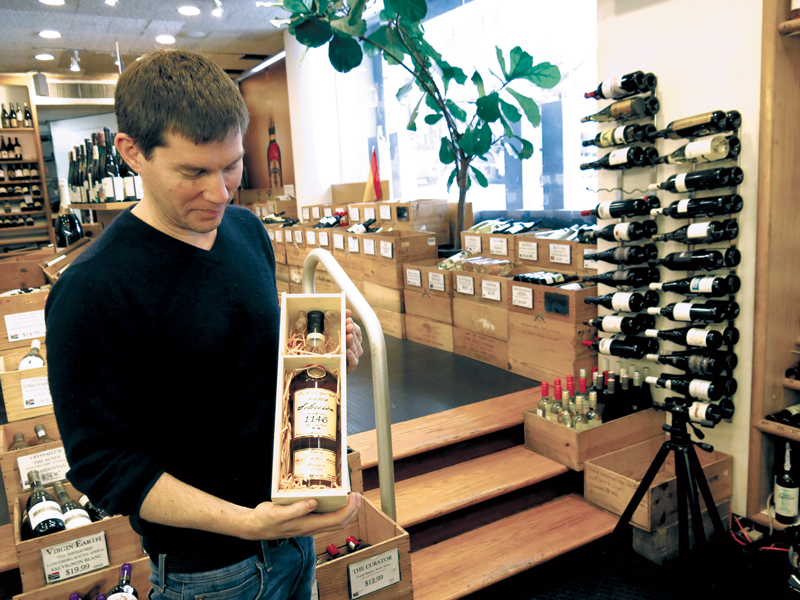 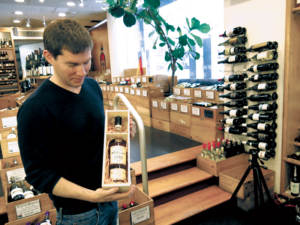 As anyone who has worked the retail floor knows all too well, the world of wine may be endlessly vast and complex, but there are ultimately just two categories that matter: the wines that sell and those that don’t. We’re all familiar with the first category, those easy, customer friendly bottles that fly off the shelf without fail. I’m talking about the big brands and familiar varieties which at various times could be critter wines, cult Napa Cabs, Sancerres, Malbecs or Moscatos. Far from the most exciting items on the shelf, these mainstream staples nevertheless account for the overwhelming majority of sales.

The second category is comprised of the exact opposite: those fascinating, delicious, but perpetually neglected bottles that require all of one’s effort to push out the door. Maybe they suffer from some sort of stigma (see: Riesling, Sherry), or come from little-known regions with legions of unpronounceable native grapes (think Xinomavro, Assyrtiko, Bläufrankisch). Despite all the excitement they tend to inspire among “geeky” industry professionals, to the average consumer they might as well not exist.

There’s a specific term in the industry lexicon for these pariahs: “hand sells.” It might not be the easiest way to make a buck, but “hand selling” still remains a timeless aspect of the merchant-customer relationship. And at a time when consumer curiosity has reached a fever pitch, the art of the “hand sell” has become more important than ever.

Long gone are the days when you could study the Parker scores, print out few shelf talkers, and stock up on the same familiar mix of crowd-pleasers. With such a dizzying range of options now flooding the market, the need to define one’s selection has never been more critical. Within this quickly evolving landscape, the single biggest factor that separates a world-class merchant from the common heap of big-box warehouses and corner liquor stores is the element of curation. 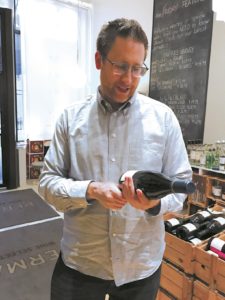 In the same way that sommeliers craft unique beverage programs to express the concept of a restaurant, today’s most influential retailers intentionally tailor their selections with a specific point-of-view in mind. To that end, under-the-radar wines provide a vehicle for establishing a shop’s identity and differentiating it from its peers. “If I put out a wine that’s just okay, because I can make some money on it, then I run the risk of becoming like every other retailer,” explains Craig Perman, owner of Perman Wine Selections in Chicago. “This is where ‘hand selling’ comes in. It’s about showing the customer something different that reflects your store and what you find interesting.”

Why it’s important? One of the world’s noblest varieties, Riesling has long suffered from a stigma of sweetness, dating back to the days of cheap, mass-produced wines like Liebfraumilch and Blue Nan. Today, the grape offers some of the most versatile and food-friendly wines (both dry and sweet) on the planet – if customers would only open their minds to its many charms.

The challenge, of course, is convincing the customer to take a leap of faith. According to Jonathan Lipsmeyer, the German and French buyer for Manhattan retailer Winfield Flynn Wine and Spirits, it can be extremely difficult to break people out of their fixed buying patterns. “When people enter the shop, I find that they have a specific ‘wine word’ in their head,” says Lipsmeyer. “That word could be a specific variety or a category, but they show up with a general idea in mind of what they want.”

With that in mind, the goal of the hand-sell should never be imposing one’s own taste upon the consumer. It serves no purpose to foist a skin-fermented Rkatsiteli from the Republic of Georgia upon someone asking for Cloudy Bay. “The most important aspect is just reading the customer,” explains Daniel Posner of Grapes the Wine Company in White Plains, NY. “We’re always going to take our cues from the customer, and work our way from there.”

To Jonathan Lipsmeyer, the best approach ultimately satisfies at least one of two different criteria: offering better value or better culinary pairings. “I’m either trying to save you money or to save your dinner,” he says.

Why it’s important? Few nations rival Portugal for delivering high-quality wines at extremely affordable prices. With over 250 native grape varieties, however, the terrain is notoriously difficult to navigate, and most customers have no idea that there’s a whole world to explore beyond Port.

To be sure, it’s one thing to seal the deal with a $16 bottle of Beaujolais. Where the “hand-sell” overlaps with the “upsell,” however, the task becomes exponentially more difficult. According to Christy Frank, formerly of Frankly Wines in Manhattan, there is a specific threshold above which customers are unwilling to tolerate risk. “Below $20, most people are willing to take a chance, and won’t be devastated if they don’t like what I sell them,” she says. “At higher price points—generally above $30—I’m extremely careful to make sure they’ll be happy before I send them off with something too unusual.” 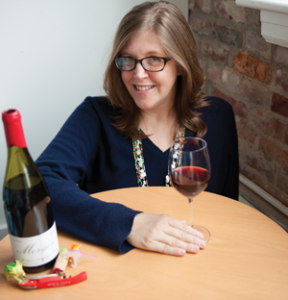 It requires effort, and the inherent risks are obvious. But at the end of the day, passion for wine is infectious. For for every customer that goes home bewildered by the contents of his or her glass, countless others can be delighted, better-educated, and eager to return. This is precisely why the hand sell remains such a powerful advantage. Even at a time when you can purchase virtually anything you want at the click of a mouse, there’s still no substitute for the kind of attentive, engaged dialogue that has taken place between merchant and customer for generations.

“The conversations we’re able to have is why people keep coming back to us,” Craig Perman says. “That old-fashioned give and take, it’s how you build trust.”

Why its important? Customers can’t always afford the finest crus from Burgundy and Piedmont. But the lesser-known satelitte” zones immediately surrounding the world’s most renowned areas of production approximate the qualities of their more celebrated neighbors.

Why it’s important? American consumers tend to think about wine in terms of a limited handful of “international” grapes. Obscure indigenous varieties not only expand a customer’s horizons, but allow your staff to showcase its passion and education.

Why its important? Once the quintessential hand-sell, the rosé category is now booming. But its newfound fame extends only the classically pale style embodied by Provence. Plusher, darked-hued rosés (such as Tavel) can often be even friendlier with food, but consumers still mistakenly interpret their deep color as a sign of sweetness.