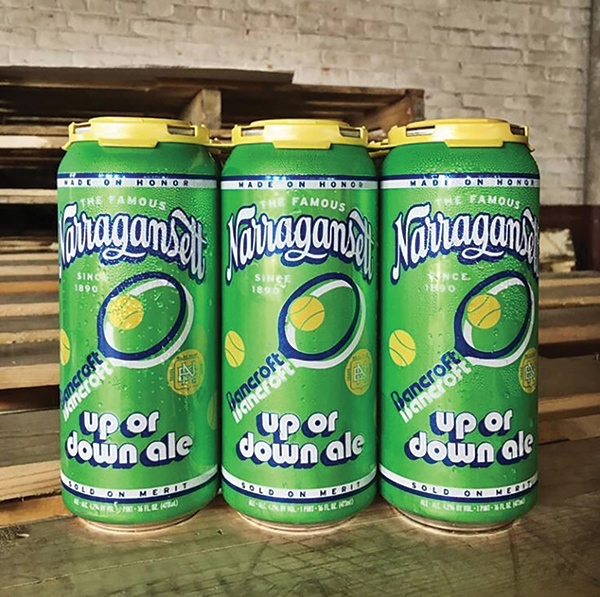 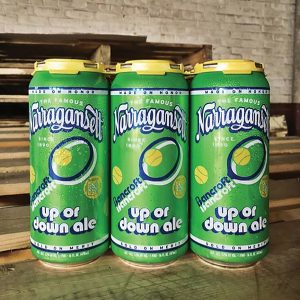 Narragansett’s latest mash-up, Bancroft Up or Down Ale, was released late summer as a tribute to the historic Bancroft Tennis Company. The beer “celebrates Rhode Island’s ties to the world of tennis” and is brewed at Narragansett Brewery at The Guild in Pawtucket, which is located on the same property as the former Bancroft factory. At 4.2% ABV and 20 IBUs, Bancroft Up or Down Ale is brewed with Cascade hops for mild floral and citrus flavors, then dry-hopped with Chinook. “With the location of the new brewery and having the International Tennis Hall of Fame right in Newport, we couldn’t wait to celebrate the storied history of Bancroft with our next mash-up,” said Mark Hellendrung, President of Narragansett Beer. “After 30 years, Narragansett Beer is being brewed back in Rhode Island, fittingly in the craft beer capital, Pawtucket,” said Pawtucket Mayor Donald R. Grebien. Narragansett hosted a launch event on August 26 to celebrate the release.