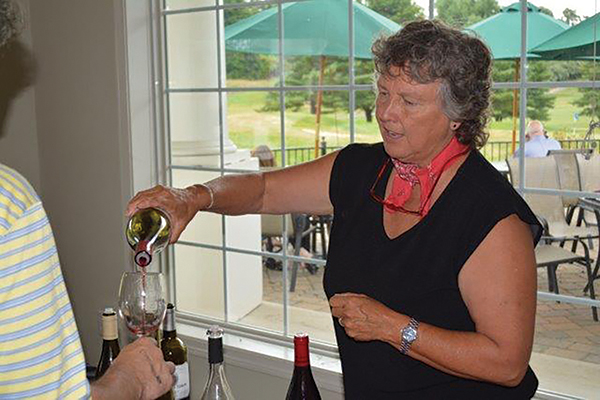 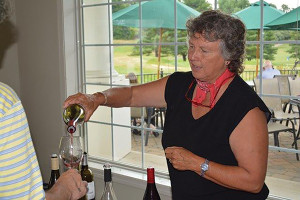 Donna Hutchinson is shown pouring at a 2015 Winebow of Connecticut tasting.

Donna Hutchinson, CSW, a veteran of the local wine business, retired in January 2016. After 35 years in the business, Hutchinson said she “has finally decided to hang-up her wine bag” from full-time work. Her career started in 1981 as a copywriter for the Worldwide Wines wine list program. In 1984, she joined Slocum & Sons as a fine wine buyer, helping to acquire wines such as Bonny Doon, Duckhorn, Hess, Spotteswoode, Ravenswood and many others.

In 2000, she joined Ravenswood as their New England sales representative, later joining Sebastiani to help build their brand. In 2012, she formed her own company featuring “ultra-fine French wines” from Cynthia Hurley and represented the brand in Connecticut, Rhode Island, Massachusetts, New Hampshire and Maine. Hutchinson will continue to work part-time as a consultant from her home in Rhode Island and will be seeking out wine education and other related freelance roles.