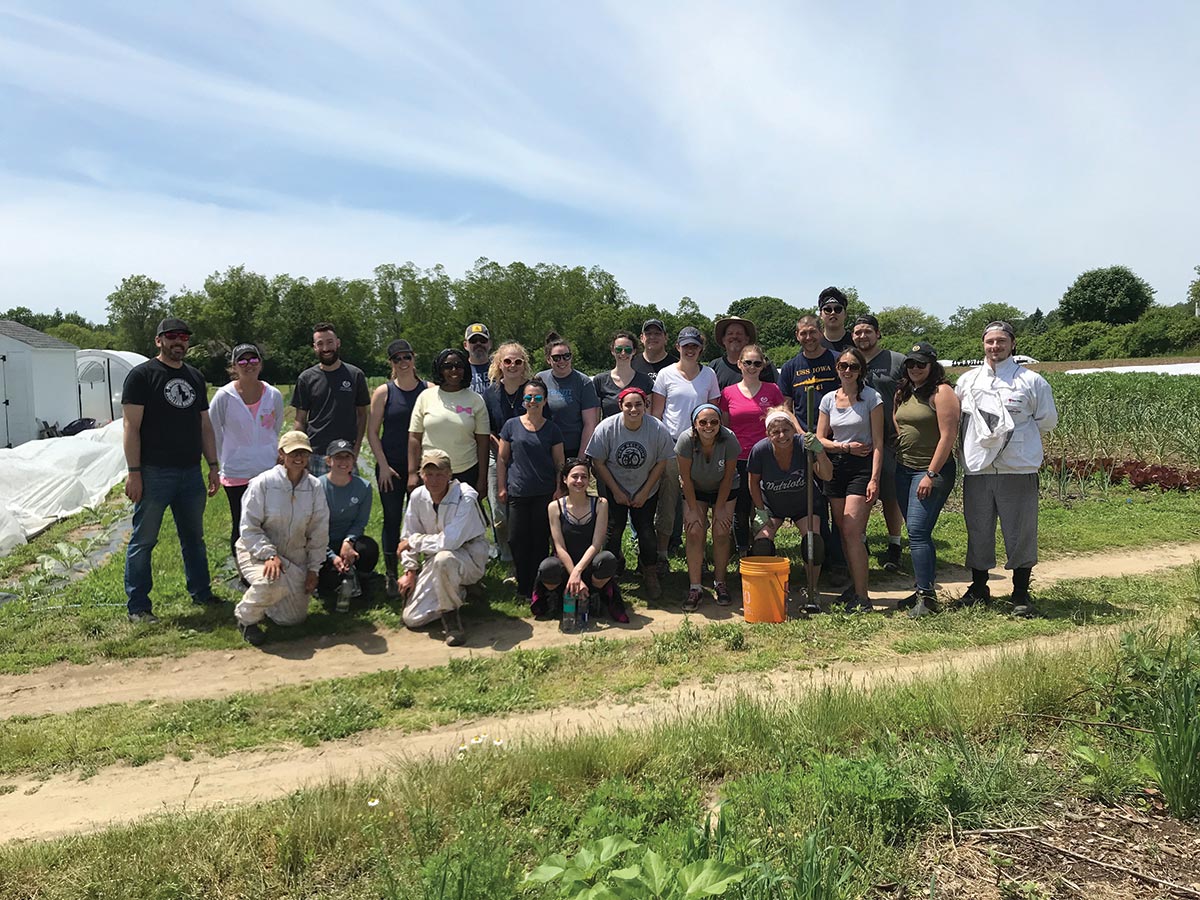 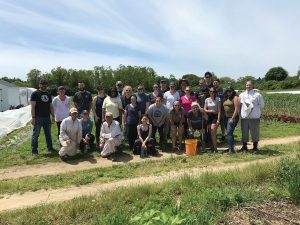 As part of its sustainability efforts, Newport Vineyards paired up in June to volunteer at local farm partner Garman Farm, also in Middletown. A crew of 25 Newport Vineyards employees took to the Garman’s five acres, weeding, mowing, mulching and planting more than 16 rows of popcorn that will be served in Taproot Brewing Company’s café.

The Newport Vineyards’ Cultivate Committee, which was formed in 2017 to address sustainability from within its operations, and the vineyard’s culinary team joined forces with The Compost Plant to extend its culinary and sustainability programs in September. The composting program, which first began in June, has helped to complete the loop in its farm-to-table, scratch-cooking culinary philosophy. “Composting for us is truly full circle. It is seeing the last bit of our food not get wasted after we extract as much as we can from locally grown ingredients, and then give back into the earth so we can start the process all over again,” said Andy Teixeira, Executive Chef, Newport Vineyards. The program was introduced to Newport Vineyards via Clean Ocean Access and its Healthy Soils Healthy Seas program, a multiyear project funded by 11th Hour Racing in partnership with Clean Ocean Access, Aquidneck Community Table, The Compost Plant and Rhodeside Revival, all of whom aim to tackle plastic pollution, marine debris and litter, inspiring long-lasting, environmentally responsible behavior on land. The Newport Vineyards Cultivate Committee was formed by Allison Wilke, Food & Beverage Manager, and Cassandra Earle, Director of Sales & Marketing, and oversees the sustainability, charitable and community service pillars of the company.