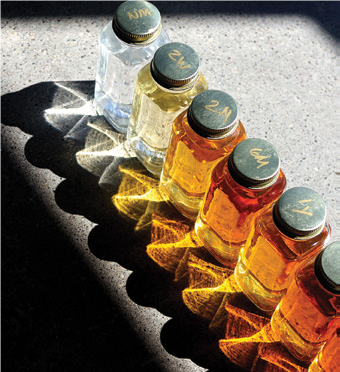 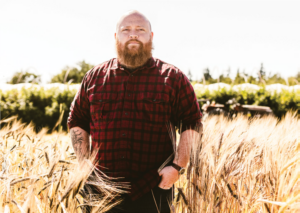 Matt Hofmann, the co-founder and master distiller at Westland Distillery.

The Slow Burn of American Whiskey

During  a fierce blizzard at the bitter end of winter in March 2016, nine American distillers gathered at Binny’s Beverage Depot in Chicago to hash out a definition for the nascent category of American single malt whiskey. figured out in 45 minutes,” laughs Matt Hofmann, the master distiller and cofounder of Westland Distillery, a 100 percent single malt producer in Seattle. To him and his cohorts—who that same day also formed the American Single Malt Whiskey Commission (ASMWC)—it was a no brainer.

With the abundant availability of barley (thanks, in part, to the growing craft beer industry), the fascinating potential of regional style and climatic influences, and the global thirst for single malt whiskeys, the notion of officially establishing American single malt seemed a shoo-in.

Six years later, the application to make that definition official has finally made it through the door of the Bureau of Trade, Tobacco, and Firearms (TTB), which announced on July 29, 2022 what Hofmann and the other ASMWC founding members have been waiting for: An amendment to federal law 27 CFR part 5 to include American single malt whiskey as a distinctive product worthy of its own official standards of identity, codified into U.S. law. At the time of writing, it was in the requisite public comment period.

For producers making American single malt—which grew from a few pioneers of the category in the late ’90s and early aughts, like McCarthy’s Single Malt from Hood River in Oregon and St. George Spirits in Alameda, California, to over 200 today—it’s been a long road just to get to the beginning.

But in the crowded U.S. whiskey arena, where bourbon is booming and rye is king, will the few lines added to the current TTB regulations be enough to make the category stand out? Or is it just another novel liquid notion doomed to dissipate like whiskey evaporating into the ether? Hundreds of distillers are gambling on the former—and there’s reason to believe they may well be right.

“As we understood them, and which are enshrined into law in other countries, single malt must be made in one single distillery. It is malt, meaning 100 percent malted barley, and, for our purposes, it’s made in America,” says Hofmann. “The only thing that’s really different from the Scottish definition is we allow use of any type of still, where they use pot still only.”

So why did it take so long for the TTB to get on board? It wasn’t that they weren’t amenable or it isn’t a good idea; it was more a case of bad timing. Not long before the ASMWC launched, the TTB kicked off a massive, 144-page overhaul of the federal standards of identity for all spirits categories, a huge, time-consuming undertaking in its own right. Add to that an administration change at the highest level and a government shutdown, and, well, American single malt was just going to have to wait in line a little longer than expected.

“I’ve been flying to D.C. and sitting in front of [the TTB] saying this needs to be a priority for the last six months,” says Hawley, who has been president of the ASMWC since its inception. “My sole goal has been to keep it at the top of their priority list.” With the overhaul of old regulations sewn up and a new executive order by the Biden administration to encourage more competition in the alcohol space, it seems American single malt’s time has come.

HOW AMERICAN DISTILLERS ARE DIFFERENTIATING

The unique character of American single malt, as compared to other country’s versions of the same, may be the real muscle in making the category fly. In addition to having ample access to the necessary agricultural resource (barley), distillers embrace a spirit of vive la différence here, pushing to differentiate it even within the confines of its narrow definition.

“I’m excited to see regional diversity. Scotland as a region is only as big as Texas, and the temperature doesn’t vary that much. But in the U.S., you’ll see regional differences all over the place because the country is huge,” says Owen Martin, the head distiller for Stranahan’s in Colorado, who has been focused on making single malt since its founding in 2004. “Single malt spirits here allow for embracing regional differences that add a unique character to the category.” 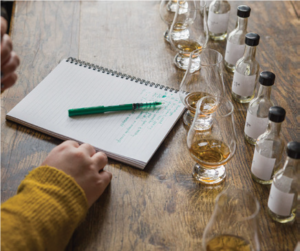 Nora Ganley-Roper and Adam Polonski, the owners of Lost Lantern, a Vermont-based independent bottler of craft whiskey, have been keeping an eager eye on American single malt’s development and consumer demand for it, slowly but surely adding bottles to their stock.

“We think that Balcones in Texas is doing an amazing job of exploring what single malt from a hot and dry climate looks like; it’s something not seen anywhere else in the world,” says Ganley-Roper. “We also really like what’s going on in American single malt in the Southwest, with distillers like Santa Fe Spirits and Whiskey Del Bac in Tucson, which are both independently making single malt smoked with mesquite wood. It’s a distinctly regional answer to Scottish peat.”

American single malt makers are also wisely using the category’s lesser-known status in the U.S. on a broad level to learn from the mistakes of other single  malt producing countries. Creativity and regional style aside, as competition ramps up, legally defining the category means less problems with faux imitators, lawsuits, and headaches down the road.

Japan in particular has suffered from lack of a legal definition for its whisky, despite commercial production dating back to the 1920s, and evidence of whisky distilling going back 50 years before that. “Japan has a long history of complications with single malt because they never defined what whisky and malt whisky meant in Japan,” says Hawley. As a result, “there are unscrupulous players making and selling fake single malt at a premium.” 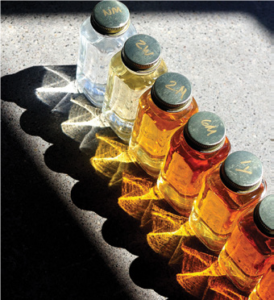 Another issue American single malt is slowly overcoming is that of barrel age. “Name more than one or two American single malts that are over 10 years old. Age is a big factor; despite [the fact] that it doesn’t necessarily mean quality, consumers think that way,” says
Colton Weinstein, the cofounder of roving distilling outfit Liba Spirits, who also dabbled in single malt expressions while the head distiller for Corsair.

BIG BRAND SUPPORT IS THE NEXT STEP

“Perhaps the larger issue is the big guys haven’t released any, so there are no vast marketing campaigns to educate consumers about the category,” says Weinstein. “So much money is behind bourbon as a category, but you don’t see that with American single malt yet.”

This is quietly changing. Jack Daniels recently announced the release of a trio of bottled-in-bond whiskeys; one, the Triple Mash, contains 20 percent single malt Tennessee whiskey in the mix. Hot on its heels is its limited-edition release, a 100 percent American single malt finished in Oloroso sherry casks, which will hit the shelves this fall. And while Beam-Suntory would not comment on rumors to the same effect, it seems there may well be a Beam single malt in the works as well.

With bigger brands on board, that means more pressure to educate and define American single malt from a retail and on-premise perspective—something American single malt producers have been working at for a long time. The establishment of official standards of identity, when passed, means the trade will, at last, have clear product identification from which to position and promote it.

“To some extent, you have to see some clear, sustained profitability. I don’t think it’s right around the corner that big companies will buy up or create their own single malt, but in the long run I can see that, and it’s where the TTB designation will help,” says Clay Risen, a whiskey expert and author. “If the public recognizes it as a category, then they’ll begin to ask for it, for sure. It will be par for the course.”