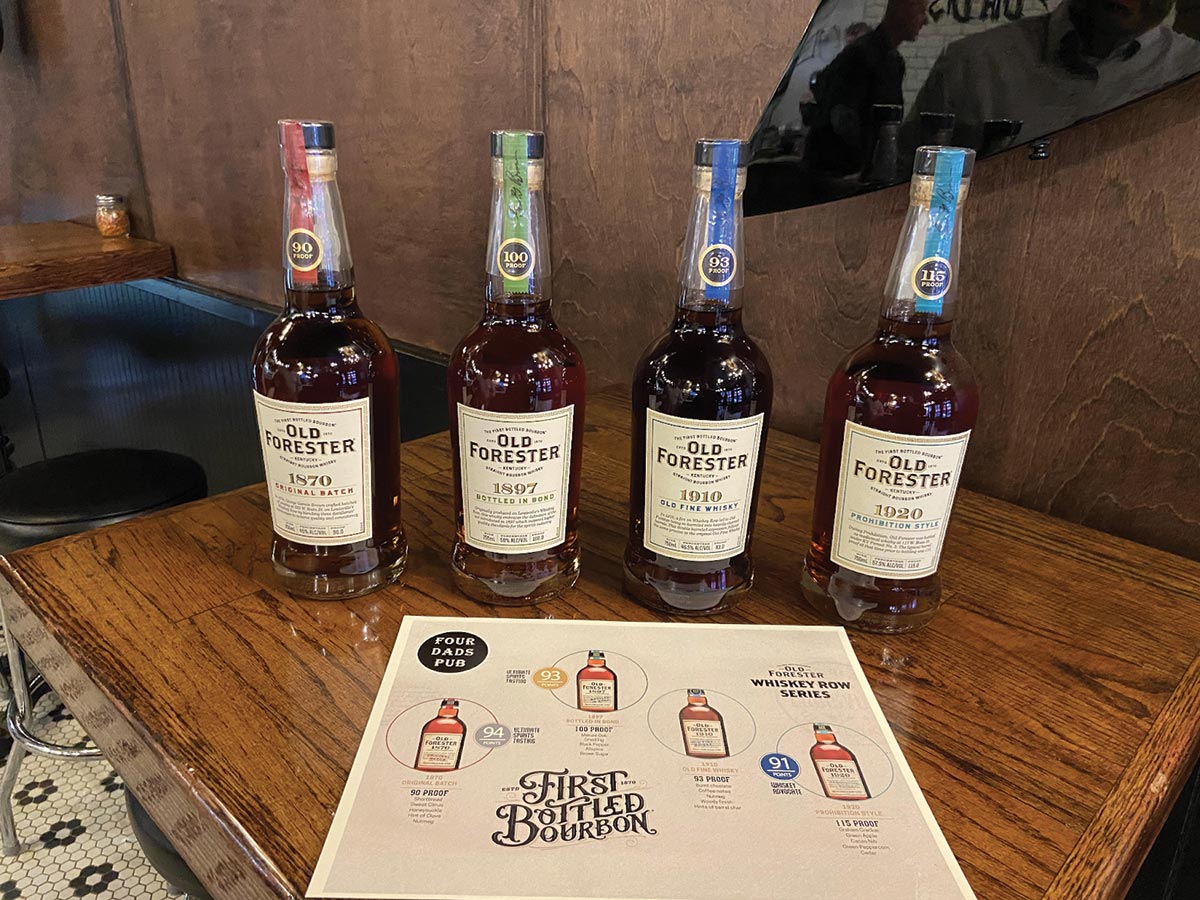 In March, Brown-Forman partnered with Four Dads Pub at its location in the heart of downtown Hartford to host a dinner pairing of Old Forester’s Whisky Row series, called a Taste Through History. Old Forester Bourbon Whiskey is crafted in Louisville, Kentucky, and is the only bourbon that was continuously made and marketed since 1870, through Prohibition. The Old Forester Whisky Row pairing honored distinct moments in the history of Americana cuisine with America’s first bottled bourbon, Old Forester. Each expression in the Whisky Row series is based on a theme that draws upon the brand’s rich heritage of production: Olde Forester 1870 Original Batch, 1897 Bottled in Bond, 1910 Old Fine Whiskey and 1920 Prohibition Style. 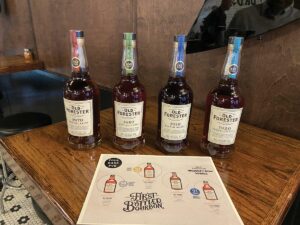 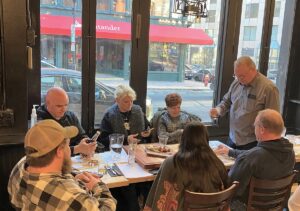 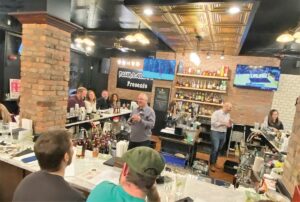 A view over the bar at Four Dad’s Pub in Hartford as Kachmarck speaks with guests. 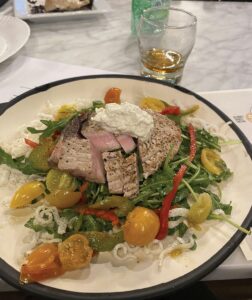