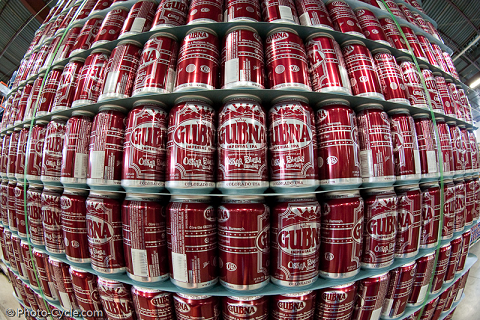 GUBNA Imperial IPA celebrates its 3-year anniversary as Oskar Blues’ “hoppiest craft beer in a can” in March. With a “mutated overload of hops,” GUBNA will be a limited seasonal release March 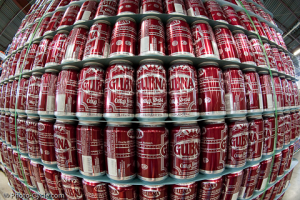 through May 2013. GUBNA was moved from a full-time offering to a three month limited-release to complement a seasonal series featuring the cyclopean Ten FIDY Imperial Stout from October through February, and a yet-to-be-announced third seasonal slated for June through September. GUBNA confronts 100+ IBU’s with a single hop to emphasize that complexity of character can arise from simple elements. GUBNA (10% ABV, 100+ IBUs) uses Cascade hops on top of “copious” Summit hops, the backbone of German Dark Munich Malt and Rye Malt. North American 2-row barley combines with the other grains to lay the foundation for the hop “onslaught to come.” Post-fermentation dry hopping allows the citrus rind and grapefruit aroma while providing a rye malt-induced spicy yet round middle and finishing with a brisk, clean bitterness. Oskar Blues continues to build on its 52% growth in 2012.