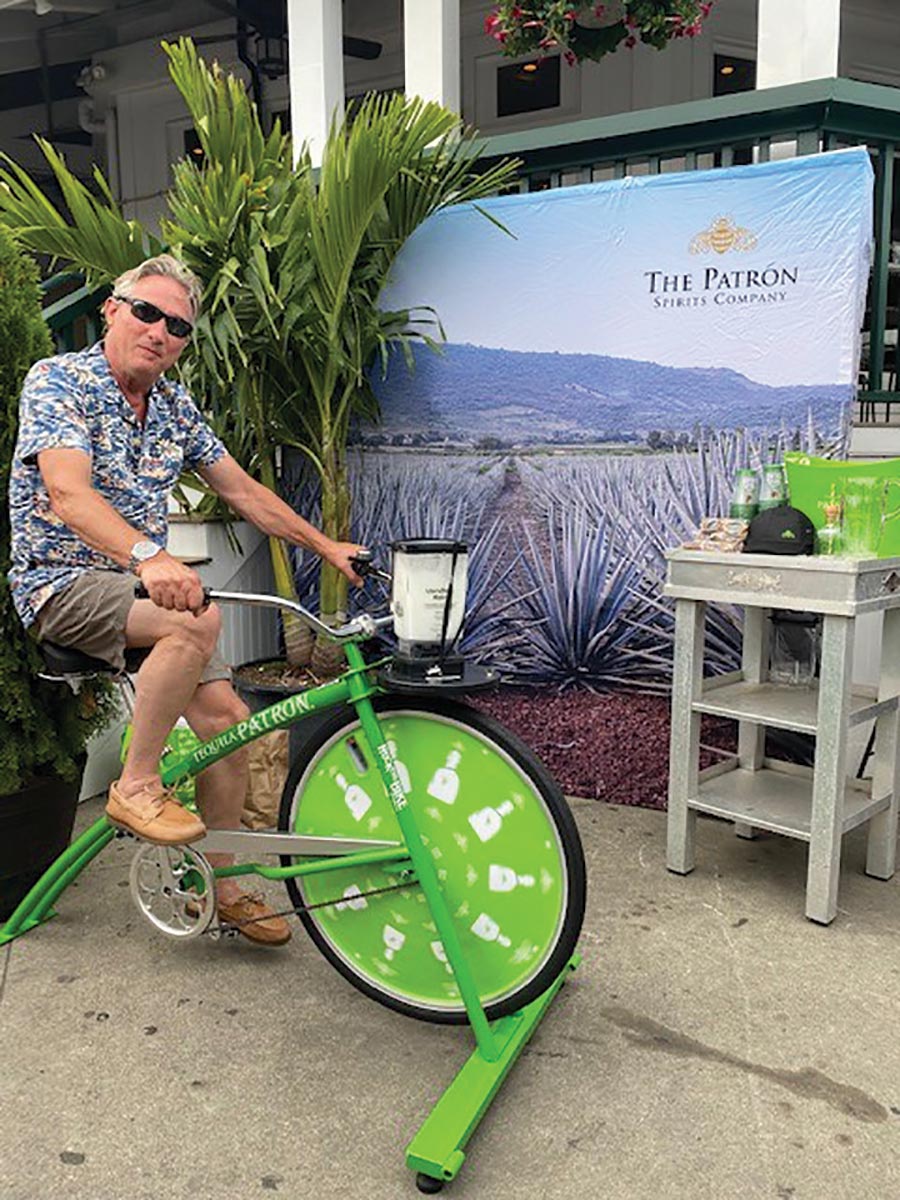 Connecticut Distributors, Inc. (CDI), in cooperation with Patrón Tequila, gave guests at select venues a fun way to make their own margarita cocktails with the Patrón Tequila Blender Bike. Representatives from the CDI sales team brought the Patron-branded bicycle to happy hours and special events at multiple locales across the state during the summer. The bike is connected to a blender apparatus, which is activated when someone pedals the bike. Each rider gets the chance to create a perfectly-blended 20-ounce margarita, and the rider burns about 10 calories to power the appliance. The Patrón Tequila Blender Bike served up margaritas to guests at Pine Orchard Yacht & Country Club in Branford, Stonebridge in Milford, Bar Rosso in Stamford, Little Pub in Stratford, Lucky Taco in Manchester, Down the Hatch in Brookfield, Fresca in Colchester and Back Nine Tavern in Southington among venues during the summer months. Patrón Tequila’s ultra-premium line is handcrafted from 100% Blue Weber Agave, available in Silver, Reposado and Añejo. 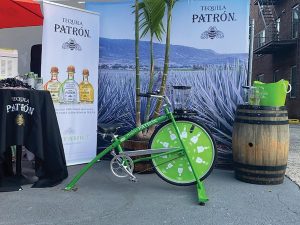 Patrón Tequila’s patented margarita bike visited multiple venues across the state during the summer, including Bar Rosso in Stamford. 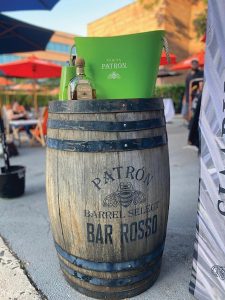 A guest pedaling the Patrón Tequila’s margarita bike at Bar Rosso in Stamford. 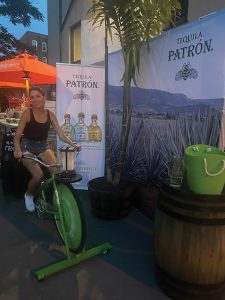 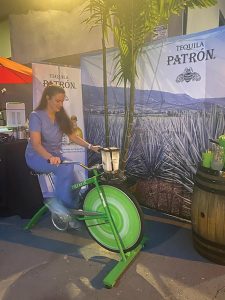 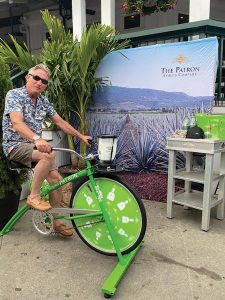 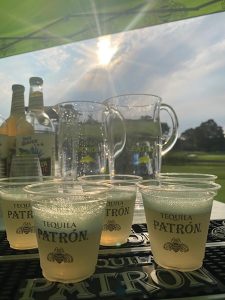 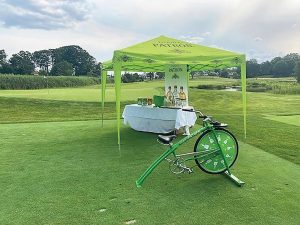