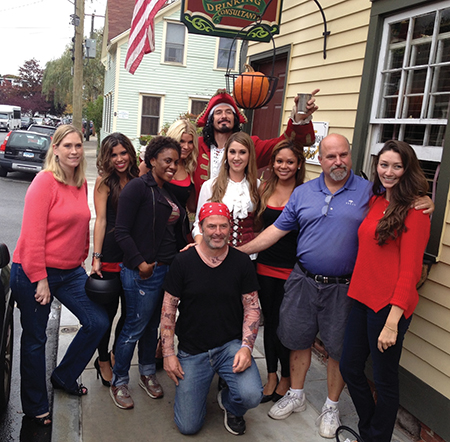 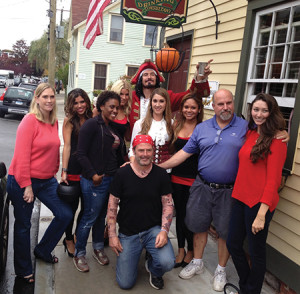 A “Pirates Invasion” occurred in Mystic on October 6, 2013. A ship came into dock at Mystic River Park firing canons. On the adult side of the event, Captain Morgan & the Morganettes and Tito’s Handmade Vodka with the Tito Girls disembarked. A pub crawl ensued in downtown Mystic with participating pubs including John’s Cafe, Voodoo Grill, Captain Daniel Packer Inne, Ancient Mariner, Harp and Hound and Pizzetta Pizza. Then a militia came off the ship and picked up the pirates in historical style.