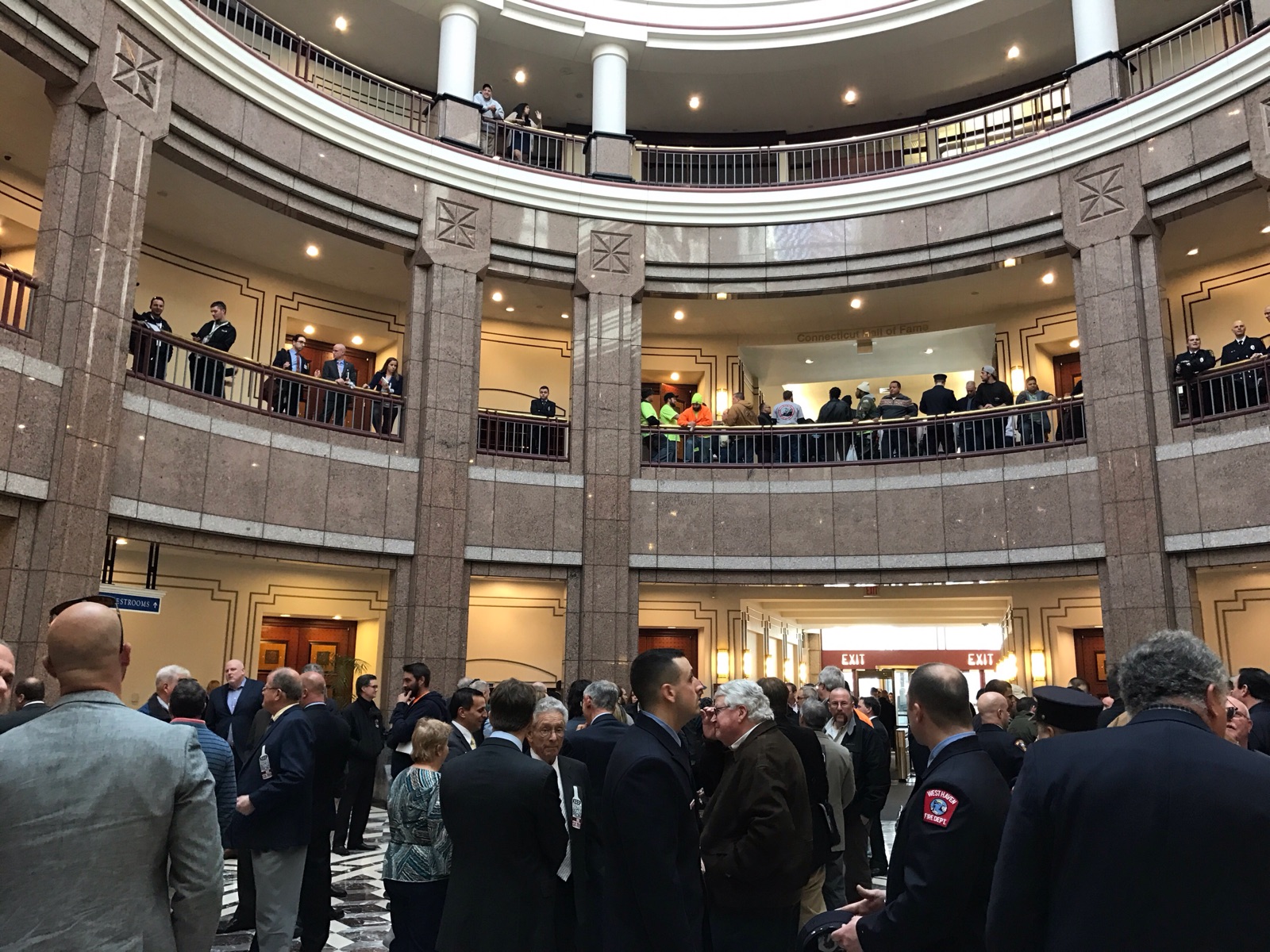 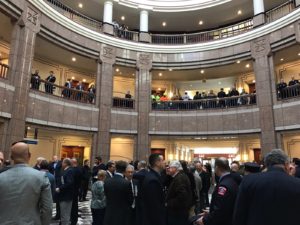 The bill, called “An Act Concerning the Regional Competitiveness of Connecticut’s Alcoholic Liquor Prices,” was presented to the General Law Committee for review on Monday, Feb, 20, Presidents Day, when state offices were closed and many stores were open. The Feb. 21 hearing followed.

The legislature’s Joint Committee on General Law first heard testimony from Deputy Commissioner Michelle Seagull of the Department of Consumer Protection, who spoke in favor of the Governor’s bill. “SB 789, the Governor’s bill, is overdue and has common sense changes,” said Deputy Commissioner Seagull.  “This has been proposed several times before and the primary concern is it would put smaller stores out of business, but we don’t expect that to happen.”

Rep. Kevin Witkos responded to Seagull’s testimony. “This, in my opinion, is a very controversial topic, and to call it ‘overdue’ and ‘common sense’ is a little disingenuous, from my point [of view],” Witkos said.

Rep. Witkos and Rep. Brenda Kupchick responded to SB 789 stating that Connecticut “isn’t competitive” due to the high sales tax on alcohol. “I don’t like this bill, I never liked this bill and I don’t like how hostile Connecticut is to small business owners,” said Kupchick.

Chairman Rep. David Baram questioned “why the state repeatedly focuses on the retailer tier and why the focus isn’t on the supplier.” Connecticut is regulated via the national three-tier system, with the supplier, wholesaler and retailer working together to get the product to the consumer. “It seems unfair to me we always focus on one tier of the three-tier system,” he said.

Larry Cafero, Executive Director of the Wine and Spirits Wholesalers of Connecticut (WSWC) spoke against the bill. The trade association represents the distributorships Allan S. Goodman, Connecticut Distributors, Inc., Eder Bros., Slocum & Sons, Hartley & Parker, Winebow and Opici Distributing of Connecticut. Cafero said, “This is awkward; we didn’t expect to be here this year,” referring to the current Total Wine & More lawsuit against the State of Connecticut, which seeks to challenge minimum bottle pricing as unconstitutional.

Cafero responded to the bill’s goal of making prices competitive to border states. “So how should we measure Connecticut’s competitiveness in the region when it comes to liquor prices? Taking random snap shots of prices on a given day during a certain month is not accurate. Prices of various brands of wine and spirits vary from state to state, month to month. Some months Connecticut’s prices on certain alcoholic beverages are higher, sometimes lower.” 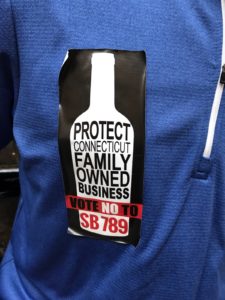 “Let’s remember we are talking about an intoxicant. We believe it’s important to control price,” Cafero said. He also engaged in a question-and-answer round with Rep. David Rutigliano of Trumbull, who also opposes the bill, covering a review of the evolution of the post-Prohibition laws into the national three-tier system, past years’ attempts to eliminate the minimum pricing law and the recurring theme of sales and excise taxes.

Carroll J. Hughes, Executive Director of the Connecticut Package Stores Association (CPSA) also gave testimony opposing SB 789. “I think we need to look in a different direction other than the retailers of the state of Connecticut,” said Hughes, referring to factors in consumer price points.

“Look at reducing the sales tax, reducing the excise tax, deal with the bottle increase charge … there is no sales tax, no bottle bill in Rhode Island,” Hughes stated. The CPSA says eliminating the current law would put 700 family-owned beer, wine and spirit retailers at risk of closing with a cost of 2,100 jobs and more than $10 million in tax revenue, along with other negative financial and community impacts.

Patrick Monteleone , Co-owner of Harry’s Wine and Spirits in Fairfield and CPSA member, also testified against SB 789, as did members of the Connecticut Small Brands Council.