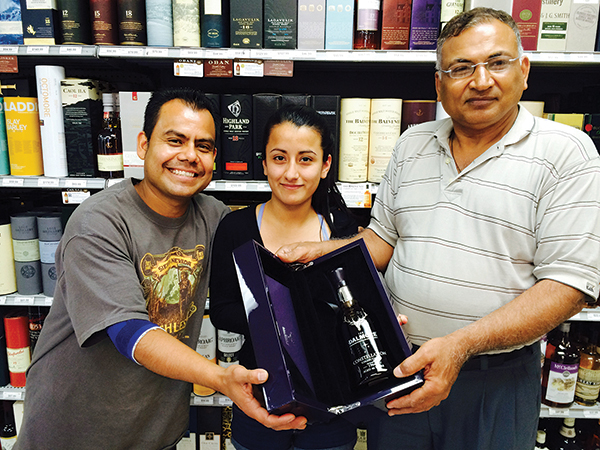 Rare whiskies Jura 1984 and Dalmore 1964, each from Whyte and McKay, made rare appearances via two state retailers. Jura 1984, a thirty-year old whiskey, was delivered to CT Beverage Mart (CBM) in Newington by Hartley and Parker Limited, Inc. and was the first bottle sold in the state. Dalmore Constellation 1964 was delivered to World of Beverages in Norwalk via Phil Beck of Connecticut Distributors, Inc. (CDI). The Dalmore Constellation Collection was created at the Dalmore Distillery between the years 1964 and 1992. The suggested retail price for the 1964 is over $40,000 and is one of 67 bottles available worldwide. The bottle was pre-sold to a World of Beverages customer. 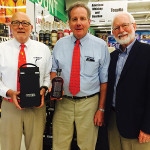 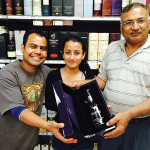 Lucio Marin, Maria Mera and Owner Raj Modi, all of World of Beverages. 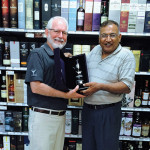