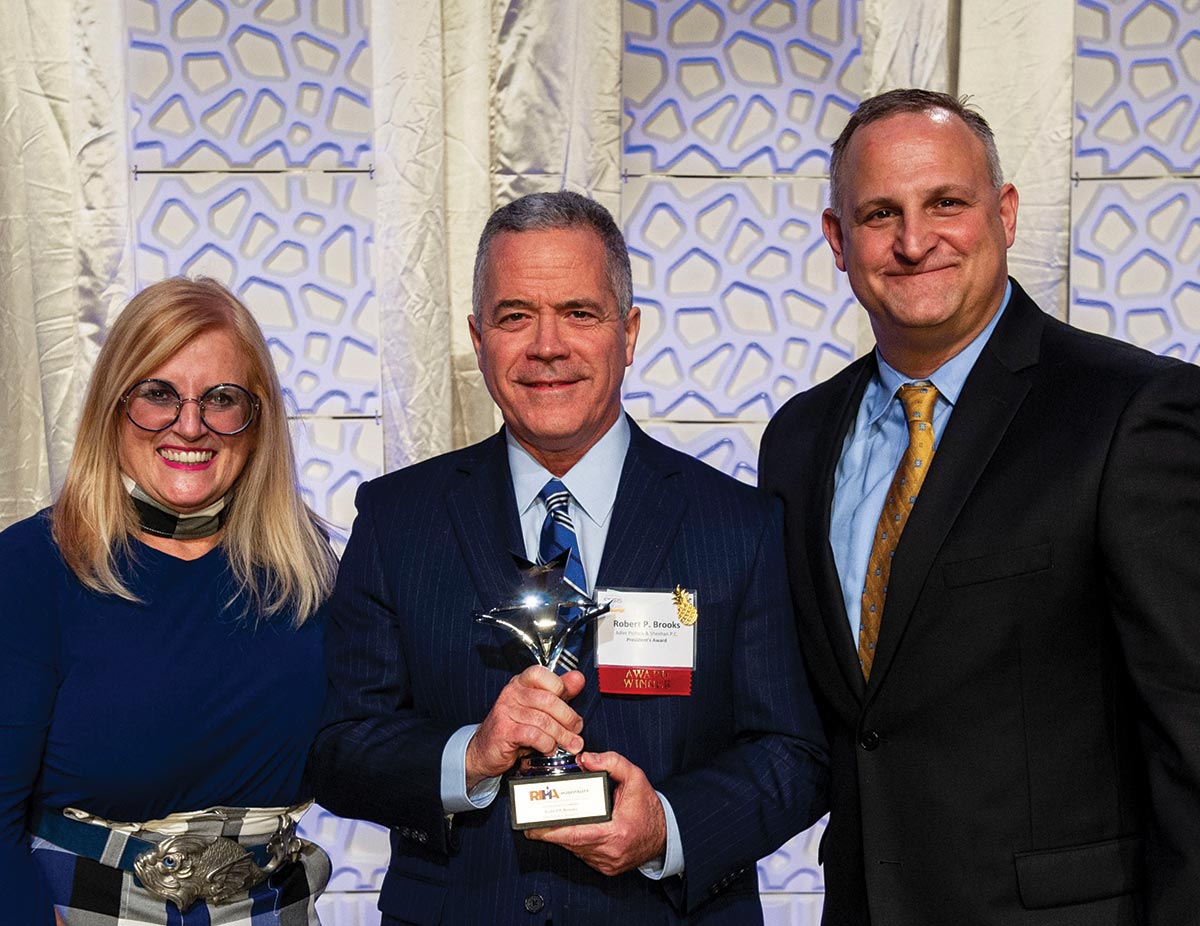 Rhode Island’s restaurant industry was feted at the annual Rhode Island Hospitality Association (RIHA) “Stars of the Industry” awards on December 4, 2019. Close to 900 industry professionals were in attendance for the cocktail reception, annual ceremony and after-party at the Twin River Casino Hotel, hosted by RIHA and the RI Hospitality Education Foundation. The awards kicked off with a space creature-themed performance from Providence-based troupe Big Nazo, unmasking several board members, including Dale Venturini, RIHA President and CEO. Venturini and Burnell L. Goldman, Immediate Past Chairman of the Board and General Manager of Omni Providence Hotel, welcomed guests and the 2019 Board was recognized. Incoming Chairman Christopher Tarro of Siena Restaurants was welcomed onstage for the symbolic gavel handoff. Guests were awarded in 25 categories, including Restauranteur of the Year, Restaurant Chef of the Year and Bartender of the Year. Hospitality professionals were nominated by the public and elected officials of the RIHA board. A complete list of award categories and recipients can be found at rihospitality.org. 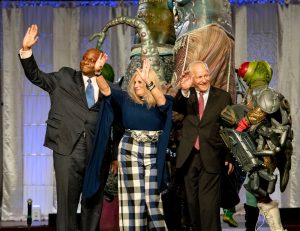 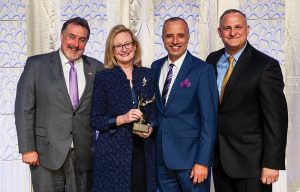 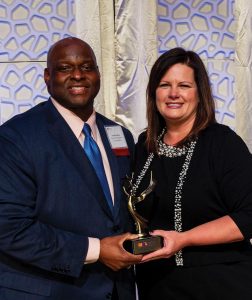 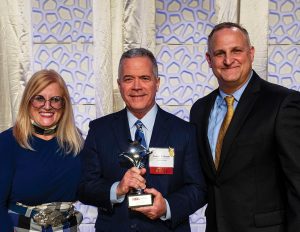 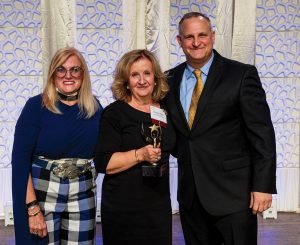 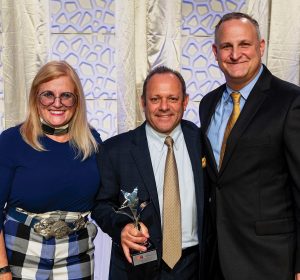 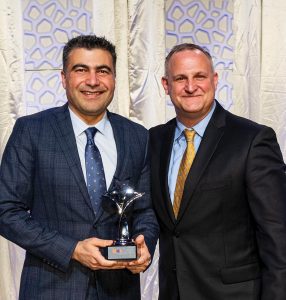 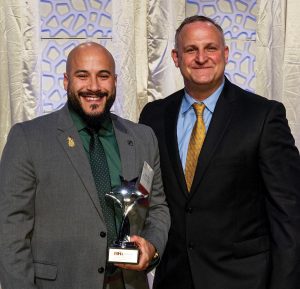 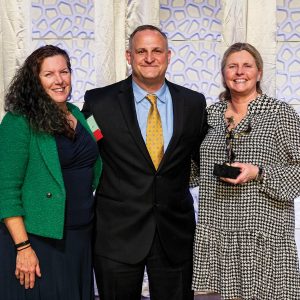 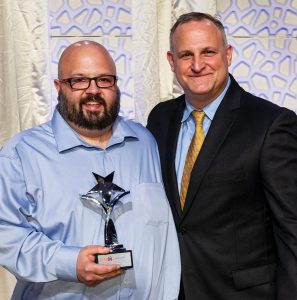 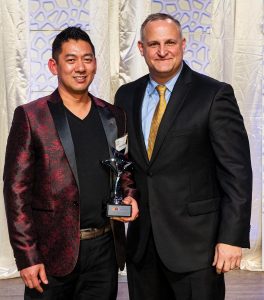 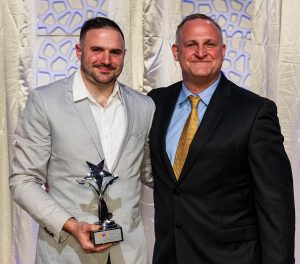 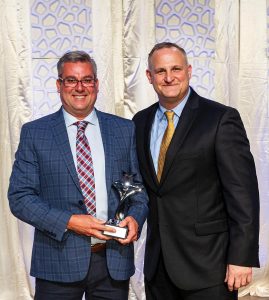 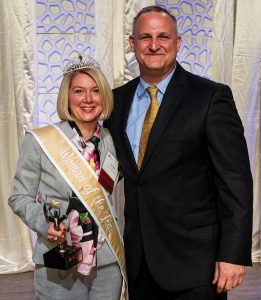 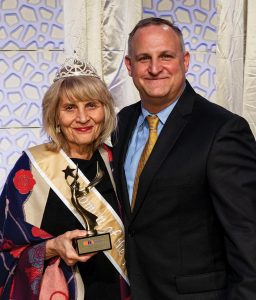 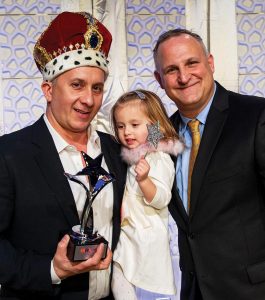 Bill Kitsilis, Partner and Co-owner, Angelo’s Palace Pizza and Antonio’s Pizza by the Slice accompanied by his daughter, Celina, receives the Man of the Year Award from Tarro. 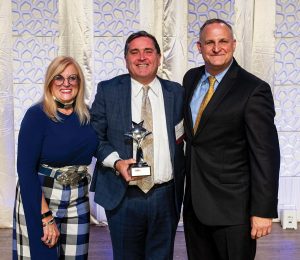 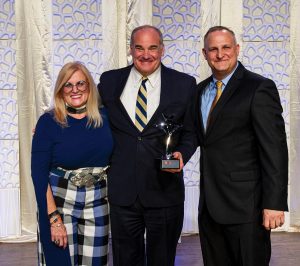 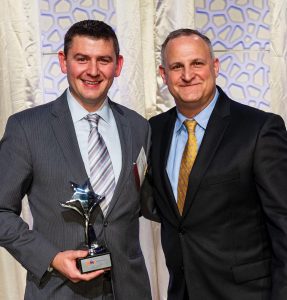 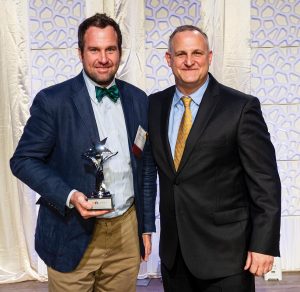 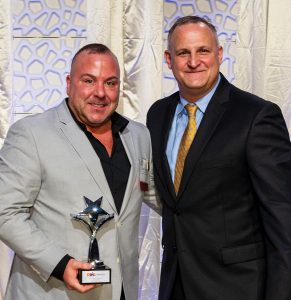